Share
Tweet
Share
Pins
Share
Like
About Greatness Park Sevenoaks Town’s ground cannot be any less rural if it tried.  It is located in the middle of a public open space with a hill around two sides offering fine views of the ground (and the game).  They have slowly but surely added all of the required elements to the ground to meet the stringent ground grading criteria with new(ish) floodlights, two small stands and a tea bar within the ground. How to get to Greatness Park 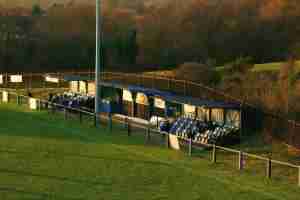 The ground is located to the north of the town centre just off the A25.  From the M25 exit at Junction 5 onto the A21 and then almost immediately take the turn off for the A25 in the direction of Riverhead.  Continue on this road for two miles, passing the junction with St Johns Hill.  When you pass a Shell garage on your left hand side take the next left into Mill Lane for the ground.  There is a small free car park there. The nearest train station is Bat & Ball which is 5 minutes walk away.  Exit station into Chatham Hill Road, then turn left onto Seal Road and follow.  Mill Lane is next left after the Shell petrol station. Admission to Greatness Park Entry is £6 for Adults, £3 for Concessions and free for Under16’s.  Match programmes are sold on the gate and are 50 pence. Our last visit – January 2012 With the Lewes v Horsham game all done by 2pm, and my agreed ETA back at TBIR Towers 5.30pm I had a few options as to where I could lay my hat for the afternoon.  My initial plan was the Kent derby between Landlords Sittingbourne and tenants Maidstone United at Bourne Park but bloody Sunday drivers on the A26 up through Tunbridge Wells meant I was never going to make that.  A quick look at the great non league fixture computer in the sky (i.e Google) threw up one real alternative – Sevenoaks Town v Greenwich Borough I have become quite a fan of the Kent Premier League in the past few seasons, primarily because it is local.  In some instances, such as Cray Valley, Erith & Belvedere and Holmsdale I can even cycle to games.   However, a cycle down (and thus at some stage, back up) the North Downs wasn’t too appealing so I had the perfect opportunity to visit on this trip. 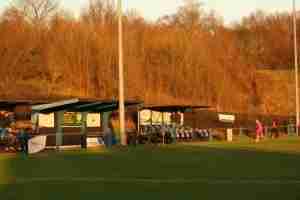 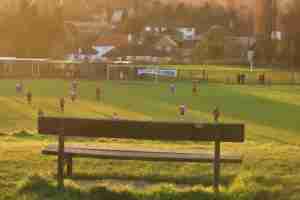