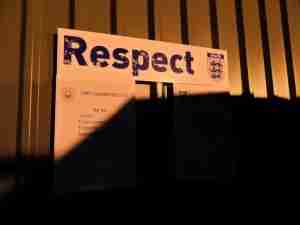 Crawley Down’s ground is modest, yet perfect for their level.  The main clubhouse, the Haven acts as the centre for social activities in the village and has an ample bar with huge projection screen TV with Sky Sports.  Inside the ground there is a temporary covered small stand with three rows of seats, and a small covered temporary terrace behind one goal.  Apart from that it is standing along the pitch side.  There is a decent food servery where cups of tea come in mugs and they cook the food to order. How to get to The Haven From the North or West, head around the M25 to junction 7 and then down the M23 towards Gatwick Airport.  Turn off the M23 at Junction 10 signposted East Grinstead.  At the roundabout at the Copthorne Hotel, take the 2nd exit, signed A264 East Grinstead. At the next roundabout (Duke’s Head) take the 3rd exit, B2028 south, toward Turners Hill After approx. 1 mile turn left into Sandy Lane. (just after entering the 30mph zone and a telephone box in the layby on the right). At the end of Sandy Lane (war memorial on the right), turn left signed Felbridge.After a couple of bends the Haven Centre is on your left. From the East:  Travel through East Grinstead on the A22 until the Junction with the A264 at the Felbridge Traffic lights. Turn left (Sign posted Crawley) and after 100 Meters take the Left Fork towards Crawley Down. Approx 1.5 Miles Haven Centre on Right. From the South:  Travel north through Turners Hill on the B2028 after approx 2 Miles take the 2nd turning on your right (Vicarage Road). This is a right fork and is sited just after passing over a small bridge. Follow Vicarage Road for approx 1/2 Mile past Junction with Sandy Lane and The Haven Centre is 200 Meters on your left. There is ample parking at the ground assuming there are no other events on in the centre.  Alternatively street parking is free off Sandy Lane. The nearest train station is East Grinstead or Three Bridges which are both around 3 miles away.  A taxi should cost just over £5. Admission to the Haven Admission is £8 for adults and £4 for concessions.  Programmes are available on the turnstile for £2.  You need to keep your ticket if you are going out to the bar at half time to gain re-admission. Our last visit – October 2011 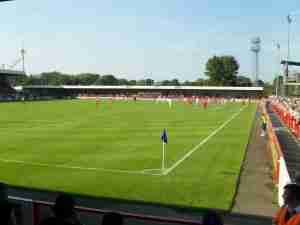 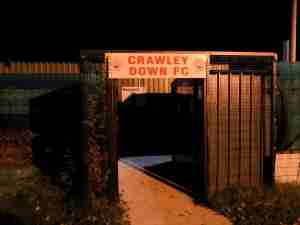 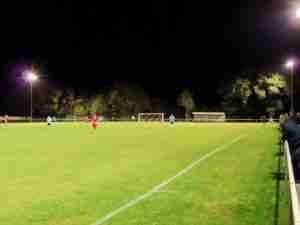 Lyon director Bernard Lacombe has admitted that plans have already been set in place in anticipation of a ‘difficult life’ after a possible summer departure of their star stri...