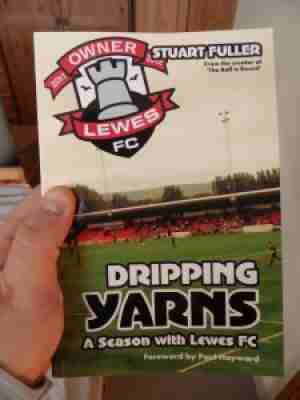 It had been quite a week for me and Lewes FC.  On Thursday morning the first copies of Dripping Yarns rolled off the press and into the shops, and then a few hours later I was voted onto the Board.  Unfortunately I was busy dining with the likes of Swiss Ramble, Luge Pravda and of course Sepp Blatter to be at the AGM, but word reached me soon after 9pm that the votes had been counted, and I was to take my place on the board along with two other new nominations.  It was one of the proudest moments of my life, up there with my wedding day, the birth of my children and my visit to the Playboy Mansion (Have I not told you about that? Well..DELETED). I celebrated by ordering another beer. I was in one of Zürich’s finest restaurants, and surely now the club would pick up the tab – right? I mean who can begrudge me a beer at only £22.50? So does this mean I would now have to wear a shirt and tie to games? Do I get my own parking space?  An allowance for large cigars and chunky gold chains?  The congratulations started flowing in via Twitter and I felt very humbled.  All I can say is I will try to serve you the best I can.  How would I announce my arrival? I thought about doing a “Knighton” on the pitch at half time to celebrate my new role or simply waving a scarf around my head, but instead opted to stand on the Jungle, pint of Harvey’s in hand like usual. 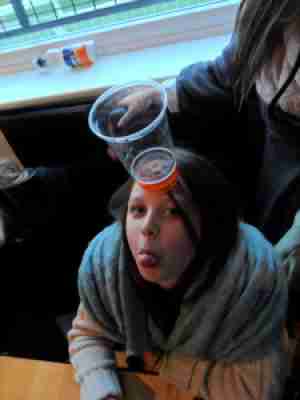 CMF and the little Fullers agreed to come as well.  I had promised Littlest Fuller that there would be cake and that swung it for her.  It was of course also an important game as there was a chance that Lewes could end the day top of the league, and that would cap a magical week. The visitors today were league leaders AFC Hornchurch.  The Urchins came into the game having played two more games than Lewes but even still points are what win prizes so they had taken their chance, and I bet most managers would take points in the bag rather than games in hand at this stage of the season.  Nobody could have predicted the league would be so tight at this stage of the season, almost a third of the way through.  Only 3 points separated Hornchurch at the top and Canvey Island back down in mid-table ninth place.  It was no wonder the league lead had changed hands so many times.  A win today could see the Rooks top the league – ironically one of the few in that pack of nine who hadn’t yet done so this season. It was also nice to return to some league action after a three week hiatus.  During that period Lewes had progressed in the cup on three fronts.  Crawley Down were seen off in the Ryman League Cup, Wick in the Sussex Senior Cup and of course Cray Wanderers in the FA Trophy. An assault on silverware in four competitions was certainly going to stretch the squad, and with outstanding keeper Liam Mitchell back at Notts County (ironically swapping placing with their other keeper Fabien Spiess) it was going to be a hard few weeks with almost two games a week to come. Hornchurch were such a pull that we also welcomed EFW Octoberfest veteran (with three tours of duty under his belt) Fergie make the trip down from Tranmere just for this game, Legside Lizzy who confessed that she could name every stop in order on the District Line from Richmond to Upminster (and she wonders why she is still single) and Ian King, purveyor of all good things over at TwoHundredPercent. 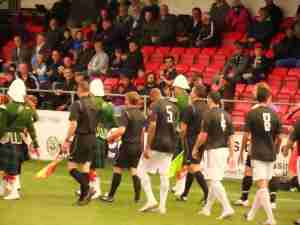 The game was also part of the celebration of Lewes’s Bonfire celebrations, with many of the crowd coming in their “pirate” outfits, and a promise of a half time penalty shoot out to determine the best society. I arrived at 2.30pm to shake a few hands and enjoy my first free sausage roll as a director.  As I surveyed the scene from the board room I started to get into the mentality of a director.  I saw a ball sail over the wall of the ground, knowing now the cost of each such errant shot if we couldn’t recover the ball.  I was almost mentally counting each person coming through the turnstile, setting my estimation at 640 for the afternoon. Lewes 0 AFC Hornchurch 4 – The Dripping Pan – Saturday 29th October 2011 Post match Steve King described this as a “bad day at the office”.  A few of the fans on the covered terrace suggested that we had had this coming for a while, whilst a sarcastic few started chanting “sack the board”.  Eighty seven minutes into my first game and my head was already being called for.  Fortunately I could withhold the spending money from the core of the dissenters. The first half had been a war of attrition.  Speiss had made a wonderful save from Tuony when he was clean through, and Michael Malcolm should have done better in his one on one with the keeper for Lewes.  Nanetti, back from his week with Charlton Athletic, showed his qualities with some deft flicks and tricks but over all it was a muted performance.  Even Dave Lamb struggled to find anything positive to say about the performance. 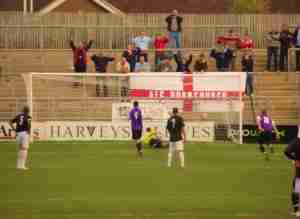 The second half was 45 minutes we all want to forget.  Two of the softest penalties you could ever ask to see given, both against Steve Robinson allowed Martin Tuony to put the Urchins into a two goal lead before the new Lewes keeper Speiss misjudged a deep cross, allowing the Hornchurch forward to head home.  Were Hornchurch three goals better than Lewes?  Probably not.  They are a big physical team who play with a surprising amount of pace and short passing.  They were organised and apart from one or two chances for Booth, Lewes didn’t look like scoring. The misery was completed when substitute Jonathan Hunt fired in a fantastic free kick from distance in the final few minutes. 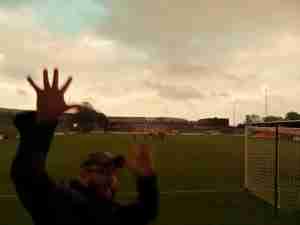 So with the chants of “sack the board” ringing around my head from people I called friends, I headed off to the boardroom, my new safe womb with its soundproofing.  I enjoyed a cup of tea before a phone call summoned me outside to face the music. Children can be so hurtful. Lewes don’t have to wait long before they can put things right as Margate come to visit us to Tuesday.  Let’s hope it will be enjoyable match for all parties.  It should be with banning orders now in place for Messrs King, Last, Ammon and Fuller x 3.
Share
Tweet
Share
Pins
Share
Like

About York Road York Road has been the home ground of Maidenhead United F.C. since 1871 and is acknowledged by the FA to be the oldest continuously-used senior association football groun...