Share
Tweet
Share
Pins
Share
Like
One of my ancestors, Thomas Fuller, was the first person recorded as saying “It is always darkest before the dawn” in his legendary book A Pisgah-sight of Palestine and the confines thereof”, published in 1650, the 50 Shades of Grey of its time. Fuller was known to speak sense when he wasn’t in a drunken stupor with his brother, the Great Grandfather of John Bird Fuller who would go on to form the Griffin Brewery (and hence why Brentford play at a ground called Griffin Park).  Us Fullers have a pedigree you know. Anyway, the relevance of my trip down History Lane was to put in focus the trials and tribulations of those less fortunate than us.  In footballing terms it is the clubs who through no fault of their own find themselves wandering nomads, as Paul Young once probably meant to say “Wherever I lay my net, that’s my home”.  Clubs such as Fisher FC, Cray Wanderers and Hendon still dream of a return home to their own ground, whilst for the likes of FC United of Manchester and Grays Athletic are on a path already to realise their dream. 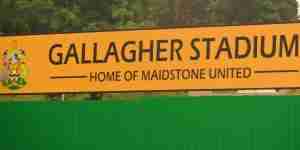 But one club who have fallen more than most is Maidstone United.  Twenty two years ago they were in the old Fourth Division end of season play offs, having had a dream debut season in the Football League.  They came within a few minutes of a Play Off final spot, and who knows what might have been.  However, the club had over-extended themselves in trying to become Kent’s Premier club.  They sold their old ground in their home town back in 1988 to MFI and moved in with Southern League Dartford, some twenty-five miles away.  Alas, despite league football on offer, the crowds simply didn’t materialise. They had a plan to move back home once Football League football was established.  The club bought some land for nearly £400,000 in the town centre but planning permission was declined, leaving them with land they couldn’t use and a very expensive weekly grass cutting bill. Off field financial problems started to impact the on field performance. During the 1991/92 season the club sacked manager Graham Carr who today is not only Newcastle United’s chief scout and the man behind finding the likes of Ben Arfa but is also the father of unfunny man Alan Carr – bittersweet times indeed. Two years later the club were basically dead.  They had withdrawn from the Football League in August 1992 and no longer existed a few months later.  However, a group of fans simply wouldn’t let them die and so started the long road back into the light.  The club reformed as Maidstone Invicta and were accepted into the Kent League and they started their tour of various grounds in Kent, dreaming all the while of a day when they could come “home”.  Two years ago I visited them when they were in tenancy at the Homelands Stadium in Ashford and I met with Jamie Barber who had come up with the idea of selling seats in Maidstone’s new virtual stadium as a way of raising funds for their homecoming. 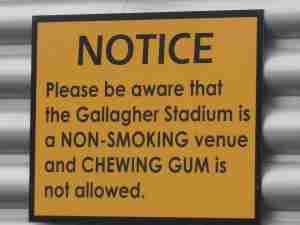 Since then, land was found in the town, deals were done and finally a stadium was built.  The club were about to wake up from their darkness and see the dawn breaking over Maidstone East train station.  The dream of a stadium back in Maidstone was real and opening on the 17th July. As soon as the date was arranged, tickets sold like hotcakes.  In some ways it was irrespective who the opponents were, although there was some poignancy that it is Championship side Brighton & Hove Albion, a club themselves who know that same darkness before the dawn as my ancestor would have said and now show what a new owner and a stadium can do for a club. The big news was that the new stadium was be the first in the Non League pyramid at this step or above to have a 3G pitch.  We all know of the sense of such a move.  Winter’s in the past few season have been harsh for football clubs, and add in the high levels of rain (all year round so it seems), the situation has led to abnormally high levels of cancellations.  With the leagues being unwavering in the end dates of seasons, clubs are being penalised financially by having to cram in games to comply with an arbitrary cut off date.  So having a pitch that would be playable throughout the seasons is a good move, no?  FIFA agree, UEFA agree but the FA still said no, which meant that Maidstone having to play FA Cup and Trophy games up the road in Chatham (although FA Youth Cup games can be played at home). 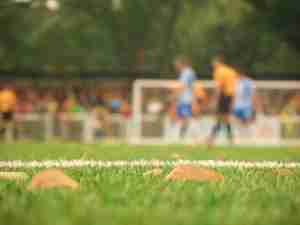 Obviously the FA had been reading The Real FA Cup’s blog on this issue because a few days before the game they announced a massive u-turn on 3G pitches.  Maidstone (and others) would be allowed to host FA Cup games up until the 1st round proper.  Hedging their bets that they would be knocked out by that stage, it was a no brainer really, and one that we can and will take direct credit for. Now we had the small matter of getting tickets for this.  Fortunately, Danny Last was on the ball for this one and managed to pick up some tickets that were as rare as John Terry apology. The morning of the game dawned (somewhere behind the storm clouds anyway) and Danny sent me a text that summed up the day perfectly…”Better than Christmas Day”. To us, a visit to a new ground is almost as exciting as a new pair of trousers.  It would also be an opportunity for a few beers in Maidstone – something I hadn’t done since I was a teenager and we used to head off to Amadeus and Strawberry Moons on a Friday night, necking a bottle of cheap vodka before heading inside.  Times change and no longer do I need scantily clad teenagers rubbing themselves up against me to the voice of Rick Astley (well, perhaps elements of that).  Instead I crave a pint of Donk, or Wellies Bellies.  Fortunately, Maidstone is blessed with a couple of good ale pubs, and within a 5 minute walk of the ground was the real ale nirvana of The Flower Pot. In truth we expected chaos.  It was the opening game and Maidstone had made a big gambit by opening the ground with such a big local-ish team as opponents.  Two thousands fans crammed into a new ground with the rain pouring down wasn’t going to be an experience for the faint hearts. Maidstone United 0 Brighton & Hove Albion 5 – The Gallagher Stadium – Saturday 14th July 2012 Sometimes you can simply be very wrong.  The club coped brilliantly.  The Spitfire lounge was busy pre-match and at half time, but you would expect that with crowds 4 or 5 times bigger than they would normally get.  The ridiculous licencing laws do not help though, and rather than helping clubs manage demand, they exasperate the issue. 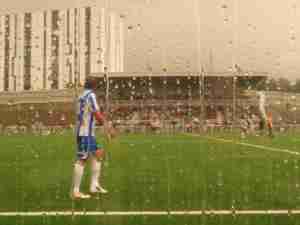 The ground looked fantastic.  There was plenty of room to move around the ground and nobody went short of a decent view of the game.  Pre-kick off the presentations were carried out to those few who really made this day happen through financial support, but it was the hardcore of the few hundred Maidstone fans who deserve the credit for never giving up.  A few fans were seen sporting the original shirts worn in that first season in the Football League, which still has pride of place in my museum (alas the day when I could comfortably fit into it passed many seasons ago – I blame modern washing powder for shrinking it). Gus Poyet was given the honour of kicking the game off, accompanied by the flash bulbs of such luminaries as David Bauckham and Andy Nunn who I am sure will have served up a photographic feast of memories for the game. Like many spectators I was caught up in the event rather than watching the first half.  Whilst the rain continued to fall heavily,  nobody’s mood was dampened.  I took the opportunity to chat to Paul Booth, last season a Lewes player and now at the Stones whilst he was warming up.  It appears that during our conversation Brighton actually scored.  I cannot tell you anything about the goal, and if it wasn’t for the fact it was verified by an independent witness at half time (Mr Bauckham) I would still believe that it was a big conspiracy theory instigated by Mr Last. But 1-0 it was at the break thanks to Mackail-Smith’s effort that I didn’t see. Unsurprisingly, Brighton took the opportunity to make a number of changes.  Ten in fact.  Poyet had already decided to give each of his three keepers 30 minutes each, but it was a surprise that Wayne Bridge was kept on the bench – obviously keeping him fresh for the game against Lewes on Tuesday night. 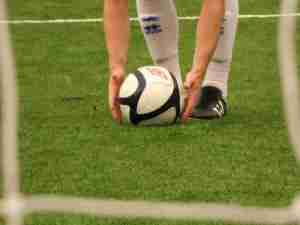 The second half was only five minutes old when Will Hoskins slid the ball home, and a few minutes later Ashley Barnes shot skims across the surface of the 3G and hits the post and goes in.  All of a sudden Brighton had turned up the gas and shown the difference in league position.  Barnes then converted a penalty after Agdeisten was tripped and completed a nine minute hatrick with a sublime chip over the Maidstone keeper.  Ruthless execution. For once it wasn’t about the result or the performance for Maidstone today – it was about enjoying the day.  2,226 fans went home happy from the Gallagher Stadium.  For those supporting Brighton it was good to see the full squad kick off their pre-season with a comfortable win, and the circumstance of the occasion was probably lost on them.  But for the Maidstone fans it was finally seeing their own team play in their own stadium in their own home town.  Twenty four years of hurt, dreams and disappointments were now quickly fading. As the game ended, the fans flowed out of the stadium without any problems you see at other new build stadiums.  Within three minutes we were in the White Rabbit pub, literally a stones throw from the ground enjoying a Doom Bar.  It is fair to say that the day had been a triumph for the Stones and one they can look back on with real pride.  Visiting fans will certainly enjoy coming to Maidstone United thanks to very good transport links, a well designed new ground and some decent pubs on the doorstep. Have a butcher’s at some more pictures from the day here and here.
Share
Tweet
Share
Pins
Share
Like