Liverpool are determined to pay the full asking price for Southampton’s centre-back Virgil van Dijk as interest by the other Premier League clubs for the player intensifies, Liverpool Echo reports.

Southampton are understood to demand around £50 million, a transfer fee which would break Liverpool’s record for most money spent on a player, £35 million for Andy Carroll in 2011.

The Netherlands international has been out of football since January due to a foot injury, but this has not deterred other clubs among which Chelsea, Manchester City, Arsenal and Everton from keeping close tabs on the player's situation.

It is believed Klopp is desperate to bolster his defensive line as Mamadou Sakho is expected to leave Liverpool in the summer.

Van Dijk joined Southampton from Celtic in 2015 and hit the ground running in his first Premier League season, convincing the Saints to offer him a new and improved six-year deal in the following year.

The Dutchman’s contract with the Saints currently runs to 2022. 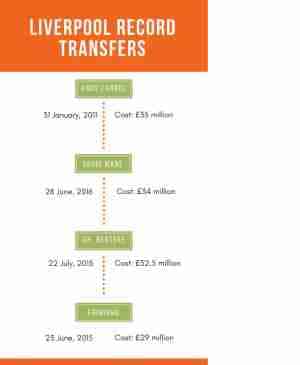 One of the essential components of a match day when I was growing up was the programme.  Before the days of the Internet (Oi! Grandad – shut up!) it was the only way you could get informa...