Portrait of a Legend: Zlatan Ibrahimovic

Faced by adversity, some fall and never find their way back up again while others build a backbone which carries them to the end of their dreams.

Zlatan’s story is one of ascent to become one of the best strikers in his generation despite the odds. A son to a Bosnian immigrant father and a Croatian mother, he grew up in the fringe district of Rosengard in Malmo–a working-class area famous for its crime. Back in the 90s, Sweden was still a segregated society with a Canyon-gap between immigrants and Swedish citizens. This left Ibrahimovic with a mark that followed him in his football career, a wound which fed him with rage and desire to fight against being singled out, and with a ravenous hunger for the adrenaline rush. 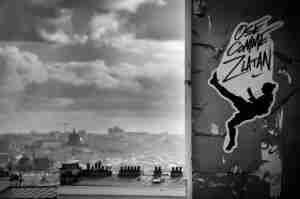 Ibrahimovic cherishes his Rosengard roots. Since the start of his football career when he signed with Malmo in 1999, he got into the practice of stealing bicycles on the way to training, going on firework sprees with his mates and pressing the pedal to the metal. With that came a grandiose self-belief in his football abilities. This desire urged him to keep the ball, dribble, and execute fancy tricks on the pitch.

“He’s not a team-player, he’s selfish.” Zlatan’s war with labels had begun.

Now and then, bad labels stick correctly, but when a guy who possesses the ammunition to back up his grandiosity comes along, they backfire on those who uttered them. Young Ibrahimovic learned that and used it with great delight.

Gradually his flashy style of playing drowned the critics in a sea of admirers. He enjoyed the ascent. He climbed the youth ranks and made his way into the first team. And despite Malmo being relegated, his popularity rose and drew all the right gazes.

“I sat there in silence,” Ibrahimovic wrote later of his first meeting with Arsene Wenger at the Arsenal’s offices. “I shivered a bit under Wenger’s gaze. It was like he was trying to see right through me, or size me up. But after a while I lost my patience.”

That Rosengard backbone had spoken: “A trial? No way, Jose: ‘Zlatan doesn’t do trials’”.

It speaks volumes that still a 20-something boy with so little professional experience would refuse one of the biggest clubs in England on principle. It was as if there was a big Las Vegas sign flashing from him: “I choose, not you!” 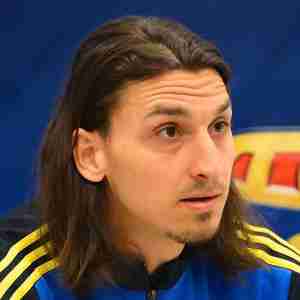 But what he lacked in humility, he compensated with abundance on the pitch that was difficult to ignore.

Other opportunities came and in 2001, he transferred to Ajax. But instead of the illustrious European giant that Ajax had been, Ibrahimovic found players who turned their heads at the slightest whisper of interest from outside, and a hostile Dutch media.

Just as in Sweden, his cocky persona did not gain him many supporters. More importantly, it made him enemies in the belly of his own club in director Luis Van Gaal.

For three years, Zlatan mustered out goals amidst a whirlwind of news stories and mind games. But the unfavourable environment soon tilted the weight towards a desire for a better situation. It was about the time he met one of football’s biggest agents in football, Mino Raiola–the man who would engineer a move to Juventus. 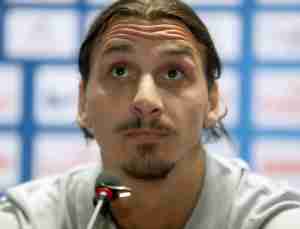 If Ajax was a challenging place for Zlatan, under the tutelage of Fabio Capello at Juventus he would learn that in Italy, nothing came on a silver platter. “You don’t ask for respect, you take it!” Capello’s words rang familiar and true to him, he had lived under the motto before, in Rosengard.

He grew a thicker skin, scrapped junk food, put on weight and muscle and fought back under the unflinching fatherly gaze of the Italian tactician.

He had to: Juventus had its enemies in the two Milan giants. Every time when the clubs met, the matches played out at a notch short of war. The rising star Ibrahimovic was regularly on the receiving end of nasty tackles by tough Italian defenders, among which the uncompromising Marco Materrazi.

For Ibrahimovic, Italy was a time for transformations. If before Italy, he was fancy tricks and show-offs, after he was a more conservative player–his dribbles were short but with sudden bursts of power. 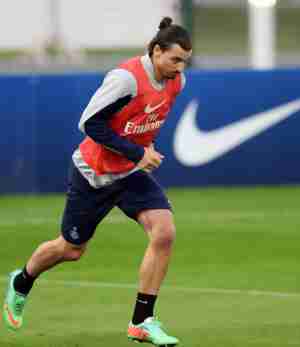 By then his spell at Juventus was going so well that it begged for a new more lucrative contract. A plan that was doomed to fail because Juventus came under investigation for bribes that year. All Zlatan had fought hard to build into his game seemed threatened with disintegration. With Juventus being relegated to Seria B, the light bulb flashed for Ibrahimovic: it was time to leave.

It was that same year when Inter and Milan came knocking for him. He had a choice: Milan, the bigger and more celebrated club or Inter who had not won the league in 17 years. As always, the underdogs held a special allure.

As soon as he walked into the new environment at Inter’s training grounds, he witnessed division among the players. Capello’s words “earn your respect” still rang strong in his mind. Ibrahimovic’s burning desire to lead the club to the title united the band as they won not one but three successive titles. If there were any doubts about his status of a world-star footballer, this period dispelled them.

It was at Inter where Ibrahimovic met Jose Mourinho. Coming off a hugely successful spell with Chelsea, the Portuguese manager left an impression on the Swedish striker with his open and dedicated approach towards football and his players. 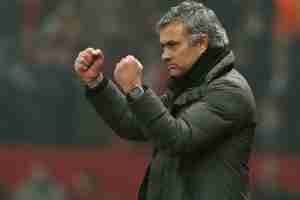 Picture: In Mou we Trust

“I felt increasingly that this guy gives everything for the team, so I want to give everything for him.” Ibrahimovic wrote on Mourinho in his autobiography. “It was a quality he had. People were willing to kill for him.”

Under his management, Ibrahimovic strolled to two out of the three titles he won at Inter. But success in Europe escaped him.

After Manchester Untied knocked out Inter in the Champions League in 2009, desires of moving to a more capable team stirred in Ibrahimovic. It was a turning point for him and a start to a difficult period.

Italian fans are known for their passion, so when Ibrahimovic started dropping hints of wanting to leave, all hell broke loose. He had once again created a replica of the Rosengard environment for himself–an aggressive, against-the-odds type. But such was Zlatan, he fought back in the way he knew, he scored goals. At the end of the season, he topped the Seria A goal-scoring charts, in spite of the boos and jeers. It was his way of exacting revenge on those who stood against him.

The decision to leave was final and even Mourinho’s promises of European success did not deter him. Now it was a question of who was to pay the record fee he commanded. For that he had a crafty agent in Raiola. So when Barcelona placed a £40 million bid for him and threw in Samuel Eto’o in the deal, it spoke volumes of the stature Ibrahimovic had grown in. 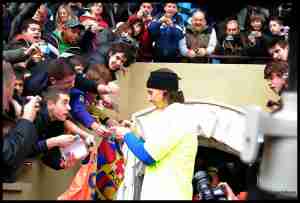 The 95-kilogram striker is a player who thrives when play revolves around him. Any other way, he is triggered as a fighter. At Barcelona, he would undergo strikingly different experiences. There was Lionel Messi, Xavi and Andres Iniesta who Ibrahimovic described as ‘schoolboys’ in his autobiography for their meek demeanour. The matter of fact was they held central roles under Guardiola, and Zlatan for the Catalan manager was a foreign element.

Ibrahimovic played the game for a while. He kept his head down and drove his club Audi to training sessions. But his DNA screamed for something different.

With Guardiola, he had encountered a wall, a man unwilling to communicate to sort things out. Ibrahimovic’s time at Barcelona was running out and no goals could change hearts and minds. If that had been crushing to Ibrahimovic’s spirit, him standing up to Guardiola and engineering a move to Milan for peanuts must have felt rejuvenating.

Packed with this newly found energy, he promised his new club the title when he touched ground in Milan, something they hadn’t won in seven years. He duly delivered it that year by scoring 28 goals, with the help of another Barcelona renegade: Ronaldinho. 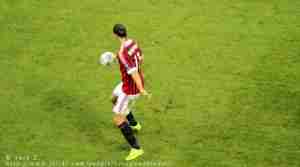 By then, Ibrahimovic’s career was missing something that most cherish in football–loyalty to a club.

On the contrary, Ibrahimovic was a footballer on a mission to become the greatest, one who waves no club flags, but also a footballer who gives back when appreciated, or strikes back when he is not.

If anything, Barcelona reaffirmed this theory to Ibrahimovic. It was his dream club, but he could not be in it. He took his lessons with him at Paris Saint Germain where he became their best goal-scorer in history in just over four years. And then he took it to Manchester United where he reunited with an old friend, Jose Mourinho. 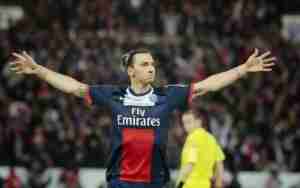 If there is anything Ibrahimovic’s story can teach us, it would be this: when we face a dream, we are at a disadvantage from the start. But only if we invest our whole being into chasing it, we would get it. A handful of sports people have been a self-fulfilled prophecy–to be their own man, coach and counsellor all in one. Look no further than Marco Van Basten and Johan Cruyff who have left a path of changes behind them, with good reason. Look no further than the stature of clubs Ibrahimovic has played for.

There is a story from Zlatan’s autobiography from the time when he was a teenager in Rosengard about a pink house in a neighbouring posh area.

“Those fancy houses seemed unattainable, especially that one pink house that was big as a castle.” Ibrahimovic returned, years later, and bought that pink house. He had completed a full turn. He was now Ibra, the ghetto man who had become one of the greatest strikers in football.

Check out Zlatan Ibrahimovic’s autobiography “I am Zlatan”.

Scouting Report: Who is Cristian Pavon?

Cristian Pavon may not sound familiar to most soccer fans, but his performances for Boca Juniors have certainly attracted attention from European clubs. The Argentine boy has been ru...