Times change. The Mourinho we know now looks filled with sadness and fatigue.

Here are two very contrasting Manchester United moments for him. One of them: the first time when he met Alex Ferguson and what he told him. What he learned and how he kept it. We findtheman rooted in between those fragments oftime, rightin between the high andthe low:

The events after Porto’s victory over Manchester United, 2004

It was the moment when Jose Mourinho introduced himself on the biggest European football stage. His Dragoes had arrived at Old Trafford with a 2-1 lead from the first leg in the Champions League.

With one goal down courtesy of a first-half time header by Paul Scholes, the match entered its final minute. Benni McCarthy placed the ball on the ground for a free-kick at about 27-yards and curled a shot with his right foot. Goalkeeper Tim Howard parried, but the ball fell right at the feet of a lucky Costinha, who simply directed it towards Howard’s far-end corner. All Porto players ran toward the corner flag as the stadium exploded.

In the jubilation, another figure clad in a long black coat ran enthusiastically along the touchline to join the players, hands stretched out in victorious embrace of the air, fists squeezed tight, and arms tingling from the flow of pure joy. This was the eccentric Mourinho.

And when the referee blew the final whistle, Mourinho’s elation carried him into the tunnel where he celebrated along with his players as if it was the Champions League final.

He later shared the story of how Sir Alex Ferguson came into the dressing room to congratulate him on advancing to the quarter finals; How he was surprised by this unusual for Portugal approach; How he felt special for having such a football legend show him respect despite having suffered disappointment to his team.

Ferguson wrote in his autobiography: “If you see class, excitement, entertainment, there is an obligation to acknowledge it. It brings football to its zenith.”

This was the moment when Ferguson gave Mourinho a valuable lesson: how to take a fall gracefully, howto appreciate the impersonal yet validating sideof football without which you can’t last. In Mourinho’s mind, this was a lesson worth of keeping. Perhaps, this was the time the Special One was born.

His humiliating defeat to Chelsea

More than 12 years later, Mourinho was at The Bridge for Manchester Untied’s clash with Chelsea. No Sir Alex Ferguson in sight. In the shoes of the legendary Scott, now sat Jose Mourinho, whiter hair, same to-the-point expression as ever, facing the club he led to three league titles but had sacked him earlier in the season.

Thirty seconds later, Chelsea scored their first of a humiliating four, an exhilarating victory for the Blues’ new manager Antonio Conte, no doubt, who jumped in celebration, waving his arms in exaltation. It was then when Mourinho walked up to Conte and told him: “Don’t do that to me at 4-0. 1-0, that’s ok, 4-0 is a humiliation.” 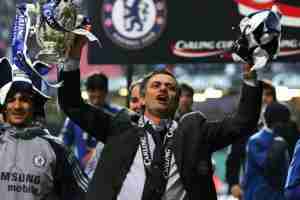 We arrive at what sits in between those two moments: The Conte incident is revealing of how Mourinho has changed in those 12 years from his first visit to Old Trafford with Porto.

The fact he couldn’t swallow his pride and react in the same way Alex Ferguson did with him a decade earlier meant he could not accept that in football even the greatest lose. It meant he failed to live up to the lesson Ferguson taught him in their first meeting in 2004. Yes, his team lost by four goals and it was humiliating but the result was three points, just as it was elimination for Alex Ferguson’s side in 12 years before.

“In those moments of defeat and acceptance, there would be dawning, for me, of where we need to go.” Ferguson wrote about having to accept Arsenal winning the league in 2002. “My feeling was always: ‘I don’t like this, but we’ll have to meet the challenge. We’ll have to step up a mark. Those were motivating passages. They force me on. I’ll go further. I can’t besurethatwithoutthose provocations I wouldhave enjoyed the job somuch.”

Maybe some time along the way Jose got intoxicated by his own success story and started believing in his own hype, became a winner instead of a football man. Maybe he lost the spark that turned him into the Special One. Without it, he is just the Tired One. 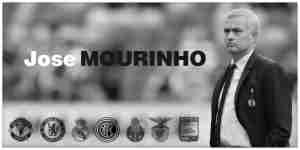 Arsene Wenger has singled out RB Leipzig goalkeeper Peter Gulasci as potential long-term replacement for Peter Cech, ESPN reports.  The 27-year-old Gulasci has made a string of...