Looking slick on the sideline and looking out towards the pitch, his mind working ceaselessly absorbing every miniscule tactical detail: Pep Guardiola has become an image of a rare breed of managers - the revolutionary kind. During his tenure with Barcelona he achieved unaparalled success worth two lifetimes of hard work by ordinary managers. What are his secrets? How does he do it?

Ten thousand hours of anything to get to expert level. If that’s the widely accepted rule then Guardiola must be a master of experts. He eats and breathes football every minute of every day. Pep is the method actor of football. He immerses himself in his tactical designs, tirelessly researches oppositions and potential signings, and dives in pedantic musings of how his players live.

He seems like an absent-minded genius, trying to connect the dots in the abyssal depths of football. Such intensity often leads to fatigue, of course, so Guardiola would give himself some free time every now and then: 30 min at most. 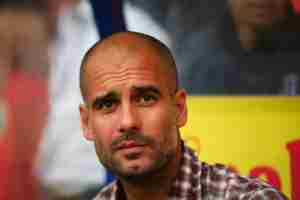 Be tyrannical with tactics

Guardiola may be flexible in choosing which formation to use before a game, but there is no two ways about his players carrying out his instructions on the pitch. He is a tyrant.

Talking for Sky Sports, Thierry Henry explained the crux of the manager’s attitude and the gist we got out of it is: do your work or enjoy the view from the bench. Pep enforces strict structural responsibilities to his players in the first two-thirds of the pitch, only allowing freedom in the final third. The idea is to build from the back, to get the ball forward to the more talented players in the inside channels and allow them to weave their magic.

His one-sidedness has caused him quite a few fall-outs with star players.

In fact, be tyrannical with everything

Zlatan Ibrahimovich recalled in his autobiography how players behaved like schoolboys in the Barcelona training grounds.

“The best footballers in the world stood there with their heads bowed, and I didn’t understand any of it. It was ridiculous.” Ibrahimovich wrote. “If the trainers in Italy say, ‘Jump’, the stars will look at them and go, ‘What are they on about? Why should we jump?’ Here [Barcelona] everyone did as they were told.”

From what to eat to which car to drive to training, Guardiola sets the rules. He likes to meddle with the lives of his players, but it’s all in the name of football. Not everyone likes that. 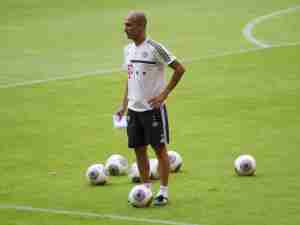 Pep likes to build his teams around one player. He’s been lucky to have the best of the best in that regard. At Barcelona, it was Sergio Busquets, and at Bayern Munich, it was Thiago and Philip Lahm.

He requires intelligent and disciplined players for this kind of work, someone who knows when and how to pass the ball, and when to keep it. The key man anchors the whole team and sets things in order around him so more talented people would have the freedom.

Rip off other manager’s tactics

Pep has been viewed as an innovator but in fact he is an unashamed self-proclaimed ideas thief. His encyclopedic knowledge about football allows him to scoop from the fountain of past innovations and find solutions to immediate problems. The trick is timing.

For example, the False Nine concept which made Lionel Messi into the world’s best player existed long before Guardiola used it–in fact it dates back to Johan Cruyff. A forward dropping back to a deeper position to prompt oppositional defensive players to abandon position has made a return in modern football, especially in Spain. 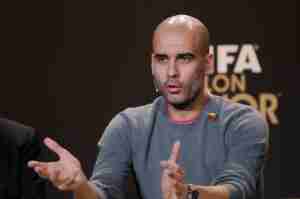 Impose a lifestyle on your players

Guardiola has been known to impose a Spartan lifestyle on his players. He requires complete focus from his players and even dares to take it up a notch by demanding merry togetherness at breakfast and lunch. He’s also been known to restrict players from using their mobile phones and to unflinchingly bench his stars for not following his rules.

The Spanish tactician is the antidote to football ego, but paradoxically he demands total control. Many footballers look back to their time under Guardiola with utter disgust: Ibrahimovich, Samuel Eto’o, Mario Mandzukic, Joe Hart and Ronaldinho are members of that club.

Build a team of midfielders

Pep’s wet dream is probably about a team entirely built of midfielders. He’s looked with a particular distaste at specialized players. At Barcelona the only clear defender that survived his spring cleaning when he took the reins was Carles Puyol–and this is perhaps because he is also Catalan.

Even his goalkeeper, Victor Valdes, remained a regular more for his passing ability than his skills between the posts. 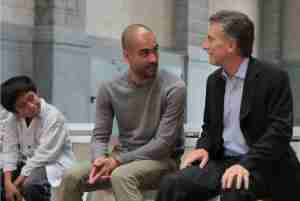 Pep is a revolutionary manager. He is the third in line to battle for the spreading of total football after Rinus Michels and Johan Cruyff. A typical Catalan, Guardiola has taken the lessons he learned from the Dutchman as a player wherever he went–to Bayern Munich and now to Manchester City.

“They want me to change but change what?” Guardiola told Henry in a recent interview. “I will adapt a little bit [to English football] but the principles...”

So, either he changes English football, or it spits him out. He takes that risk.

Pep eats, breathes and talks football every day of every week. His head is occupied by thoughts on how to break down the next opponent or what the right back should do in the next match. But without communicating those ideas, his plans remain in embryonic form. This is why communication is so important to Guardiola.

He spends at least two hours a day talking to his players and 15-30 minutes talking to individual players of his choice. He called Messi once before El Clasico to introduce to him the concept of the False Nine, showing him videos for hours upon hours. Barcelona crushed their rivals in that match.

The Catalan does not coach tackles; in fact, he doesn’t really know the purpose of tackling. In that regard, he is outrageously opposed to the philosophy of English football.

In his mind, keeping possession of the ball eliminates the need for tackling: if the ball is at your feet, there is no need for tackling. The need for tackling arises in crucial and desperate one-on-one situations, so if the team does their work properly, no such situation would arise. Guardiola sticks to his principles no matter what. For that reason, his views on tackling will make or break his career in England.

It’s Saturday and of course that means there isn’t a game for Lewes.  It actually could be any day of the week at the moment and the game wouldn’t be on.  The rules state that we actually...