Why only Mourinho can stop Guardiola from dominating English football

Manchester City boss Pep Guardiola is a traveler, a proponent of the Johan Cruyff's football philosophy. He spreads it everywhere he goes, and he seems to be on a mission to do just that in the Premier League. When an idea is bad, it is easy to shake off, but when it is as good as the football philosophy which has made Manchester City into the undeniable title challengers this year, it is addictive.

Guardiola succeeded at Barcelona, and then at Bayern Munich, and now he is doing it at the Etihad. Whether this philosophy is applicable to all clubs is doubtful, but what we know for sure, and what Guardiola knows is that he needs the best footballers in the branch in order to pull it off. This is not to discredit his achievements in any way, but just to shown an aspect according to which rivals must adapt if they are to beat this system.

What exactly does this mean for English football? I am saying that you can’t beat an oil-rich club that plays rigid and ‘right’ football without adopting the same methods.

Leicester City winning the Premier League two years ago seems to be the exception, but only to the financial part of this formula. They possessed the same rigid approach, adapted their game to their own strengths and weaknesses – in much the same way Manchester City are doing now. The only difference is the quality of the players at hand, which is all down to the financial resources Guardiola has at his disposal.

So who can realistically oppose this new football force in England? Bar a miracle, this season seems to be over as the Citizens are showing no signs of slowing down and are topping the table comfortably with a 15-point lead with 16 games to go.

There seems to be only one obvious answer to this question: Jose Mourinho.

Let’s go in reverse in determining why. Arsenal are way too a far from completion and are likely to take a step back should they lose Mesut Ozil and Alexis Sanchez. Liverpool have moved in strides under Klopp, but despite boasting the best attack in the league, they have a few strokes left to complete the package at the back. And they are likely to lose Philippe Coutinho at the end of the season.

How about Chelsea then? The defending champions have also taken a step back from last season, mostly due to internal strife between Conte and Roman Abramovich’s right-hand woman Marina Granovskaia. With this in mind, Chelsea seems to be too much at war with itself to mount a long-standing challenge to the new kings of Manchester.

With Spurs, we are getting closer to the answer. Mauricio Pochettino has transformed the club from a regular in the Europa League to a regular in the Champions League. And it seems the next step is on the cards, but it will all come down to Spurs keeping their best players beyond this summer. 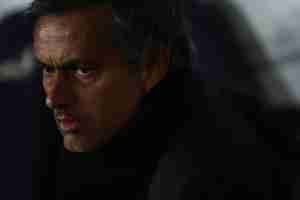 So the real honour falls to Manchester United. Manchester will be the place where future titles are decided. The reasons for this conclusion are simple. Despite having a considerable debt, United are still a serious financial power on the market. They can oppose City for a specific player most often than not. But more importantly, they can back Mourinho’s ambitions quite nicely.

This leads to the matters on the pitch. Mourinho’s philosophy has often been branded anti-tiki-taka: defensive football where beauty gives way to efficiency. The Portuguese manager has the history to back up its efficiency. But much like Guardiola’s possession based style, Mourinho’s defensive football is equally dependent on having the right players – and those cost quite a lot of money.

United are ever-closer now to what they were under Alex Ferguson, and this is no small part down to the money that have been spent in recent transfer windows – £146 million in total. Only Chelsea and City spent more. Mourinho has build on that, with the same efficiency that his teams like to play with.

So if City are dominating now, it is because Guardiola has managed to communicate his vision in a clear way to his players and the club board. Money has made it concrete and real. United can do the same, but it can potentially take an extra transfer window or two. They are at no risk of losing their star players and pose a football philosophy – in Mourinho – that directly challenges Guardiola’s.

So here is to Manchester football – the battle ground for the Premier League title in the coming years, possibly.

And did they get you to trade your heroes for ghosts? Hot ashes for trees? Hot air for a cool breeze? Cold comfort for change? And did you exchange a walk on part in the war for a le...