Despite winning the Premier League league in his first season, Antonio Conte is not guaranteed a long stay at Stamford Bridge. In fact, rumours about Chelsea seeking for a potential replacement have already emerged in the media.

Chelsea’s current situation is not helping the Italian either. The Blues are fourth in the League standings, having collected 16 points out of nine matches and trailing nine points behind leaders Manchester City.

The shocking defeat at Selhurst Park against rock-bottom Crystal Palace from two weeks ago and the dramatic 3-3 against AS Roma in the Champions League qualifying campaign have also raised questions over The Blues being the same team as last season.

Conte fully understands, but increasingly looks like he is on the verge of waving a white flag too. The 48-year-old previously admitted that he felt homesick, sparking rumours that he might be the next AC Milan boss. He has also fallen under the barrage of criticism from his own players who are reportedly opposed to his intensive training regime, something he later denied. 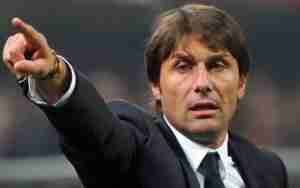 It is no wonder then that Chelsea are now considering Conte’s countryman Maurizio Sarri as a  potential replacement at Stamford Bridge, according to reports.

The 58-year-old Napoli manager has been doing an excellent job since his appointment in August 2015. Napoli finished second and third in the last two years respectively and remain unbeaten in nine out of ten played matches in the Serie A this campaign.

Napoli recently returned to the top of Serie A after beating Genoa 3-2 at the Luigi Ferraris stadium on Wednesday. If Dries Martens and Co. keep the top-form, it won’t be a surprise to see Napoli win the Scudetto this year.

Sarri boasts an impressive winning percentage of 66.96 percent so far, having won 75 out of 112 matches.

Despite this, Sarri has been criticized for not doing so well in Europe.

Last season, the Italian outfit were kicked out of the Champions League round 16 by Real Madrid, who eventually won the trophy for the 12th time. This season, they are third in the European tables, having amassed three points from one win (against Feyenoord) and two losses (against Manchester City and Shakhtar Donetsk).

But with big-spenders PSG and Manchester City, and the presence of the Spanish giants Real Madrid and Barcelona, the way to the Champions League title seems barred at present. The Chelsea board seems to understand this as they are clearly attracted by Sarri’s domestic feats. According to reports, the Blues will offer Sarri a salary of around £9 million a year. 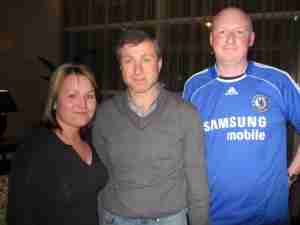 Abramovich should take notes on the Italian's achievements from last season, but also that there are problems to solve at this moment. The Blues have not had the best of transfer windows this summer and are terribly thin in some areas of their squad.

Conte has nonetheless utilised the potential of some of his new signings such as Alvaro Morata and Tiemoue Bakayoko, and could do some repairs in the January transfer window should the board give him adequate backing.

If reports about the Sarri approach are true, it seems that the Blues board are doing it as an insurance policy to losing Antonio Conte, but crazier things have happened in the Premier League before, so we shouldn't completely rule out Abramavich summoning Conte to his office for some bad news too.