Arsenal have plenty of questions to answer following their latest disappointing defeat to Swansea on Tuesday – this time against Everton at the Emirates.

It’s not like the Toffees are in great form, but they enter the fixture with a confident boost from their victory over Leicester City in the last round.

The Gunners might throw new star signing Pierre-Emerick Aubameyang in the action, but he will have a late test as he is reportedly suffering with flu.

Time is running out for Arsenal to show their intent for a top four spot. A drop of points here could prove to be very costly.

Wenger would be pleased to have new signing Henkrikh Mkhitaryan at his disposal. Star striker Pierre-Emerck Aubameyang’s debut is in doubt, however, as he will have a late evaluation due to reports that he is down with flu. Jack Wilshere is also a doubt for similar reasons.

Danny Welbeck and Santi Cazorla are the only two who will not be on the starting sheet. Welbeck is out with a muscular injury, while Cazorla is a long-term absence. 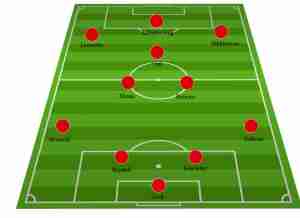 Former Gunner Theo Walcott will be reunited with his old team-mates after having scored a brace in his previous match for the Toffees.

Everton, however, have been struggling and this is no small part to a number of players missing to long-term injuries. James McCarthy, Leighton Baines, Maarten Skletenberg, and Ramiro Funes Mori are all out on the sidelines for this fixture. 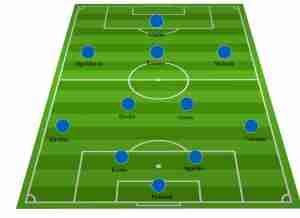 Where can I watch the game?

If you don’t have access to either of those channels, you can watch the game online. You can find a full list of live streaming sites here: Where to watch football for free?

Is Danny Rose Heading to Manchester?

Tottenham Hotspur's highly rated left-back Danny Rose is set to become the centre of a bidding war between Manchester United and Manchester City in January. Rose, 27, has 12 caps fo...