Arsenal will look to emulate the form from the 5-0 thrashing over Huddersfield on Saturday when they play hosts to Manchester United.

Despite the Red Devils leading Arsenal by four points in the temporary Premier League table, the statistics back the Gunners to emerge victorious tomorrow.

Arsenal have only lost one game against United in their last five encounters while Jose Mourinho’s away record against top six sides is a bit pathetic – zero victories in his last 11 outings.

While the 5-0 victory over Huddersfield in midweek gave the Gunners a reason for joy, the injuries of Alexandre Lacazette and Alexis Sanchez took that back.

Wenger has confirmed that the French striker will miss the Man United clash, but there is some optimism surrounding Sanchez’ state. The Chilean was substituted in the second half after complaining about pain in his hamstring.

Alex Iwobi could return, while Santi Cazorla continues to be sidelined indefinitely. 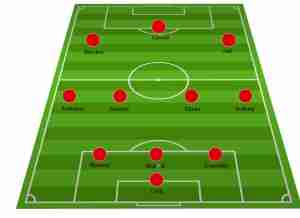 Mourinho just can’t have a break at Old Trafford. His two key players Paul Pogba and Zlatan Ibrahimovic returned from injuries recently, but others are dropping like flies.

The Portuguese reported in his pre-match conference that Eric Bailly, Marouane Fellaini and Phil Jones will not be available for the Arsenal match. Some positive vibes come from the recent return of Marcos Rojo from a cruciate injury, while Matic remains a minor doubt. 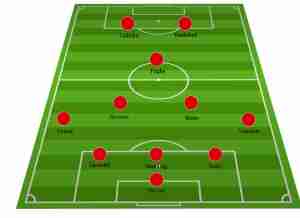 For those who do not have access to the TV Broadcasters, you can find a list of streams that will show the game for free here.

About the Warehouse Systems Stadium (aka Queens’ Terrace) Queens Terrace is a fantastic ground sitting on the edge of the Yorkshire dales.  The views are amazing down into the valley.  F...