Why Tottenham Hotspur must yield to Hugo Lloris’s salary demands

Good goalkeepers are consistent performers. But great goalkeepers go beyond, infusing disbelief in oppositional players and self-belief in teammates.

Hugo Lloris can do both.

The French goalie is widely considered world-class—a status solidified by his 2016 Ballon D’or nomination. He has three and half years left in his contract and here is why Spurs must do everything to keep him at White Hart Lane, including yielding to his financial demands for a new contract. Hugo Lloris has been a top performer for Tottenham since his arrival from Lyon in 2012, but his actual value is shown in his compatibility to Mauricio Pochettino’s plans.

The club is undergoing a steady ascent under the Argentinean. Pochettino enjoys a stable defense with the addition Tobias Alderweireld to current top performers Kyle Walker and Jan Vertonghen. The top half of the pitch has seen improvements too. Spurs have Harry Kane who is one of England’s best strikers, while the midfield flourishes with the creativity and energy of Christian Eriksen and Erik Lamela. Young England prospect Dele Ali is also worth a mention. Spurs have dealt well with losing their star player Gareth Bale in 2013. 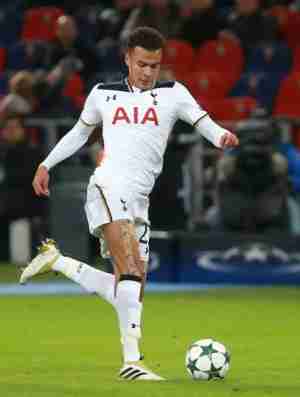 Lloris is a pivotal stone in these foundations. Let me explain. At an average of 24.9 years old Spurs possess the youngest squad in the Premier League. They have built good rapport from playing together fora number ofyearsnow. But to become genuine title contenders they need experience: to play with their head rather than their legs, so to say.Spurs are growing as a club. Fitness and technique-wise, a healthy Spurs can beat anyone. While squad depth needs to be addressed at some point, they are definitely facing the right direction under Pochettino. Now the progress has reached a point which demands building on the foundations built so far instead of meddling with them.

Enter Hugo Lloris. At 29, he’s got more experience than the rest and is both the captain for his club and country. Lloris has showed enviable leadership despite his reserved character. When he speaks, he’s heard. It’s vital to keep such influence in the dressing room. To give an example, Harry Kane’s recent absence due to an ankle injury blunted the attacking prowess of Tottenham. Lloris was quick to rally his teammates by suggesting how to fix that problem. The solution was not your usual blurt of ‘buy someone’ but a constructive one. 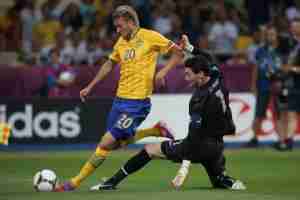 It is opinions like this that drive a team forward. Tactically, he is fundamental to Pochettino’s system, who believes in building from the back and relying on short low-risk passing. The back-four have played a lot together, which has served wonders for cementing a great understanding among them. Lloris has also been part of that defensive structure, and it would be a shame he left for another club.

Pochettino undoubtedly appreciates what he has in the French captain and is not likely to want to let him go. Fortunately for him, the affinity seems to be mutual as Lloris has been noted to express affinity to the Argentinean’s football philosophy. But while Lloris may feel good vibes at Tottenham, he still needs to be wined and dined. He wants regular Champions League football–an ambition which coincides delightfully with this club’s aspirations. The only stumbling block to extending his stay might come from his aspiration for a better pay deal. Being 29, it is doubtful he would take a deal which has no progression.

And while, he does make the odd mistake, chairman Daniel Levy would do well to know this is a mutually beneficial relationship well-worth splashing the cash for—as early as possible.

Liverpool forward Philippe Coutinho has signed a new long-term deal which will extend his stay with the club until 2022, BBC reports. The Brazilian, who has scored 34 goals in 163 m...