Can Spurs keep Mauricio Pochettino beyond this season?

Mauricio Pochettino is one of the hottest managerial properties in world football. His managerial career began in immediate adversity when he was appointed head coach of perennial La Liga strugglers, Espanyol, following a successful playing career for Los Periquitos, punctuated by two precious domestic cup wins.

As the third from bottom team’s third manager of the season, he faced an uphill task keeping them in the league. He eventually achieved a comfortable mid-table finish, including the club’s first away victory over local rivals Barcelona in 27 years.

Funds had already been spent and players already at the club needed to be moulded into an effective unit in order to retain their recently won league status. He achieved this despite speaking little English initially and having to communicate through a translator. The following season, the Saints recorded their highest league finish for 25 years, Pochettino finally being backed financially after working within significant restrictions in his previous seasons as a manager.

Spurs provided the platform for Pochettino’s signature high press, high tempo style to be tested at the top level. Coming into a club as their tenth manager in twelve years, he faced an environment of expectation and insecurity, perhaps for the first time where his own position was concerned. Over the following seasons, although it has been a case of ‘always the bridesmaid’ with Tottenham with regards to their two opportunities to clinch silverware, a clear and continuous improvement throughout the team is obvious. The conditioning, tactics and playing style have all markedly improved during his tenure and he has catapulted himself into the he upper echelons of his profession. 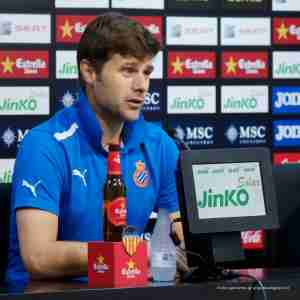 Despite his success and the momentum he has managed to generate for the teams he has managed, one question mark does remains over transfer policy and his ability to spot a player. For every Alderweireld, there’s a Fazio, for every Dier, a Sissoko.  Dier and Delle Alli represent the only two signings of his tenure that can be described as a ‘find’, so Pochettino still has something to prove in this area.

Even their most fanatical supporters would not realistically expect Spurs to improve upon their league position of 15/16 in this year’s much more ferociously contested Premier League and their best chance of success remains in the cup competitions. Many teams will be disappointed this season and if come May, Tottenham find themselves outside the Champions League places and with no cup success, it will cause their talented manager to reconsider his options.

The summer of 2017 is expected to be a merry go round of managerial appointments.  Contract expirations of such heavyweights as Arsene Wenger among others, added to the usual whims of club chairmen around Europe means a number of high profile positions are expected to become available.

If Atletico’s disappointing La Liga season continues, one can see Diego Simeone finally giving in to the continued advances of the European giants or even following his heart to Inter. Speaking of Serie A, if as currently anticipated, Max Allegri replaces Arsene Wenger at the end of the season, the Juventus job will be up for grabs.

Pochettino’s previous playing history with PSG could give him an inside track to a new opportunity if the Paris club’s long-standing national dominance is still being undermined by their performances and league position at the end of the season. The owners are not known for their patience and Unai Emery could well be out.  The opportunity of an almost limitless transfer budget and the prestige of one of the best playing squads in world football could prove too much for Pochettino to resist.

Any of those clubs, all of which are recent or current league champions and regular late stage Champions League contenders would represent an opportunity for Pochettino to maintain the momentum of his career even if the trajectory of progress at White Hart Lane plateaus.

Managerial careers can be short and brutal, the toast of last season often this year’s early casualty. Alan Pardew has gone from Messiah to Pariah at Selhurst Park in the space of 12 months. Arsene Wenger is regularly hounded by the club’s own fans, following bad results, often mercilessly. If it can happen to Wenger it can certainly happen to Pochettino, and given time it probably will at some stage.

Pochettino does not yet have the reputation to cling onto a top job following a poor season so he could quite reasonably believe that it is best for him to make hay while the sun shines, and the sun is certainly shining on him currently.

In Daniel Levy, Spurs have one of the most competent and admired chairmen in English Football, so this is certainly something he is strongly aware of and doubtlessly a plan behind the scenes is already in place for this scenario. Its effectiveness will be sorely tested in the face of the anticipated flirtation of the European heavyweights. In purely financial terms, the compensation required to free him from his five year contract is mere pocket change, when viewed through the prism of current player transfer valuations. This is unlikely to deter his suitors.

Therefore other means must be utilised in order to ensure Pochettino’s continuing presence at the Lane. It is difficult to imagine significant transfer funds being made available during the January window as Tottenham look to cut their cloth accordingly following their Champions League exit at the group stages. Even if funds were available, there is lack of available top-tier talent, especially in the forward and attacking midfield positions, where Tottenham badly need reinforcements and upgrades.

On the positive side, some amount of loyalty can reasonably be expected by fans of the manager. Spurs fans have backed Pochettino from the beginning and he has largely avoided direct criticism for last season’s fall at the last hurdle as Leicester completed the greatest underdog triumph in football history. This would not be the case at a larger club with greater expectations.

Another huge factor in Tottenham’s favour is the impending completion of the capital’s largest club owned stadium. This will raise the club to the top table in English football and increase expectations alongside the anticipated increase in revenue and improved purchasing power in the transfer market. This alone may be enough to convince Pochettino that his future remains in North London. Both Spurs and Pochettino are going places. Tottenham fans will be hopeful that the journey can be undertaken together with the best manager the club has been able to attract in a generation.