Manchester United visited Watford in the midweek seeking to close the gap on neighbours Manchester City.

The visitors struck first: two goals within five minutes by Ashley Young. Anthony Martial looked to have put things beyond Watford's capabilities just minutes later with a goal of his own.

However, the hosts made Red Devils sweat a bit with goals late in the match before Jesse Lingard put the final nail in the coffin five minutes from time.

In the end, it was three points to Mourinho's men to keep the pressure on Manchester City in the league table.

Here is what we learnt from the game:

The match saw a total of six goals, but it was the visitors that undoubtedly had the upper hand in the fixture. Early on,  experienced Ashley Young bagged the opener in style, hitting a low drive past Heurelho Gomes.

The finish capped a free-flowing movement in the oppositional area, and that stunned Watford for while allowing for Young to score yet gain. Martial to tripled United's lead minutes later - a quick sting that seemed to have decided the game.

Watford has proven to be a tough nut to crack recently, especially against the big sides. They battled to a 3-3 draw with Liverpool earlier.

This game was no different. They fought back despite going three goals down in the first half.

The Hornets' Captain Troy Deeney stepped up to convert from the spot giving his side hope for a possible comes back. This looked achievable as the host got their second of the night to set up a frenetic finish to the game and a scare for United. 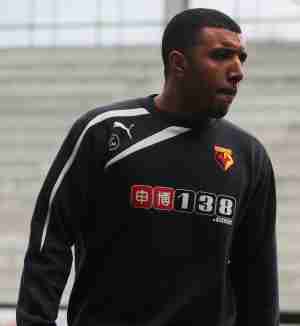 Jesse Lingard showed he can deliver when it matters most. Just when United were becoming anxious after Watford had got a second goal to cut the deficit 2-3 in the match, Lingard produced a beauty of a goal, running past four defenders before finishing beyond the helpless Watford goalie.

The Hornets have had some injury worries and some other problems that have affected the team with Roberto Pereyra, Isaac Success and captain Deeney missing bits of the campaign.

Judging by the absences, Watford have coped terrifically.

Their resolute attitude against United, to put two back after trailing by three, is indeed commendable. Should they continue along this path, they might be one of the season's pleasant surprises.

Why only Mourinho can stop Guardiola from dominating English football

Manchester City boss Pep Guardiola is a traveler, a proponent of the Johan Cruyff's football philosophy. He spreads it everywhere he goes, and he seems to be on a mission to do just ...