Could a swap deal involving Mkhitaryan for Ozil work?

Arsenal are in a bit of pickle as both Mesut Ozil and Alexis Sanchez will be free to discuss terms with other clubs this January.

Should the Gunners fail to renew the contracts of their two star players, they could end up losing them for absolutely nothing in the summer.

But with the Daily Mirror reporting that Jose Mourinho is already preparing for the arrival of the Emirates midfield maestro by making plans to sell outcast Henrikh Mkhitaryan, we ask the question: will a swap deal be beneficial to both sides?

Mkhitaryan has fallen out of Mourinho’s graces this season, with the Portuguese accusing the creative Armenian for ‘disappearing’ in games. Ozil has been on the receiving end of the same kind of criticism, but he seems to have rejuvenated his form in his last 10 outings, while Mkhitariyan has only scored one goal in his last 11 matches.

But could the crux of the problem for the Armenian be his incompatibility with Mourinho on a personal level? Mourinho is well known for his extroverted approach with his dressing rooms staff – he often talks to players and probably expect the same from them. Mkhtariyan, on the other hand, is an introverted and ‘reserved’ person, meaning he would require a different approach from his manager if he is to be at his best on the pitch.

And while Jose Mourinho seems to be ‘done’ with the playmaker, Arsene Wenger is known for his tact and knowledge of human nature. This could work in favour of Mkhitariyan, who, on a good day, can weave magic just as good as Ozil's.

For Mourinho, Ozil is a familiar face. And while the German is undergoing a rejuvenation in his form, he is arguably still a bit off from the level he was at when he worked under the Portuguese boss at Real Madrid.

At the Bernabeu, Ozil was the engine of the team, regularly providing for Cristiano Ronaldo and Karim Benzema up front. And Mourinho knows that he needs this type of player if he is to squeeze the goals out of Zlatan Ibrahimovic, Romelu Lukaku and Marcus Rashford. 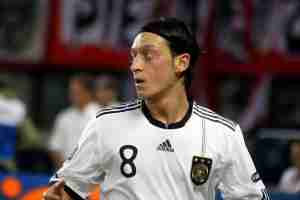 In Juan Mata, he has a very similar type of player, but the Spaniard’s time at Old Trafford also seems to be running out. It was no other than Mourinho who offloaded Mata to United when he was at Chelsea. So we could see why the Red Devils boss would want to reunite with his former player, and there is no doubt that the monetary situation surrounding the potential transfer would appeal to him too.

Mkhitaryan, on the other hand, has not worked with Wenger before. But he seems to have the type of quality Wenger admires. He is creative, a strong passer, and contributes in the defensive aspect of the game in the middle of the park. Of course, this is him when he is mentally and physically in a good spot.

Former Chelsea player Tony Cascarino made a good case about Mkhtariyan when he wrote in the Times in October: “Mkhitaryan is an introvert and a polygot, fluent in Armenian, Russian, French, German, Portuguese and English…one of the more articulate United squad members.

“The feeling at United is that Mkhitariyan is one of those players who needs to be 100 per cent right, both physically and mentally, to perform.”

But that, the article continues, is not on Mourinho’s priority list as he admires character more than talent.

Could Wenger be a better fit for Mkhitaryan, or would Mkhitariyan be considered another ‘spineless’ buy – one packed with talent but succumbing to his environment way too easily? Does he have the right ingredients to contribute to the higher aspirations of the Arsenal supporters?

These are the questions. On the surface, a swap deal of Ozil going to Old Trafford and Mkhitaryan going the other way would not tilt the scales in either way when it comes to talent. Both players are extremely talented, and they have a similar attitude, in fact. The thing we should ask ourselves is: which player is suited to work with which manager better?

‘If it is possible to cut a word out, always cut it out’ George Orwell Brevity, or concision, is the ability to convey as much as possible with as few words as possible. This...