Despite signing top striker Alexandre Lacazette last summer, Arsenal have not improved significantly from last season. They are currently lodged at the bottom of the Top Six in the Premier League and are trailing by six points to fourth-placed Liverpool.

It’s not like there are signs of revival too. The Gunners were held to a draw by West Brom on New Year’s Eve, another nail in the coffin for their Champions League aspirations. And now they are set to host Chelsea at the Emirates. Not an easy task.

The Blues have undergone a revival following their slow start of the season, having won five of their last six matches. Now, they will be looking to leapfrog Manchester United to second, but it’s far too early, or rather should I say too late, to be thinking about challenging undisputed leaders Manchester City.

Wenger has got a nasty headache on the injury front. Mesut Ozil is still out with a knee problem, reportedly, while Aaron Ramsey has a week to go until he resumes full training due to a hamstring problem.

There is also a problem on the left side of defence with Nacho Monreal and Sead Kolasinac sidelined with ankle problems. Per Mertesacker would have to step in for Laurent Koscielny who is still doubtful for this fixture due to a persistent achilles problem. Olivier Giroud is also out, while Santi Cazorla is in the early stages of recovering from surgery. 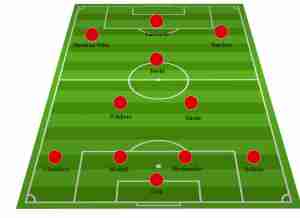 Chelsea’s revival, however, is in no small measure tied to their current good injury environment. Antonio Conte will be happy to have most of his players at his disposal. There is a slight matter, however, with the absence of David Luiz, who is out with a knee problem. The Brazilian defender has also been heavily linked a Stamford Bridge exit which makes him highly unlikely of being featured against Arsenal.

Charly Musonda has returned to light training following a groin problem but is a huge doubt for this match. 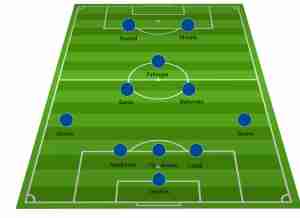 The match will be shown live on Sky Sports at 7.45 pm today. For those who do not have access to this UK broadcaster, a number of other channels will televising the game: DAZN Europe, Belarus 5, Play Sports 1, ESPN, Diema Sport 2, Sportklub 1, Cosmote Sport 1, Spiler TV, BeIN Sport 1, SFR Sport 1, SuperSport 1 Aftica, Super Sport 3 Africa, Canal+ Sport 1 Afrique and Star Sports Select.

A full list of live streaming options can be found here too.

Arsenal have reportedly not given up on signing Monaco’s Thomas Lemar following failed bids this summer as they are planning on a new offer for the player in January, according to t...