Transfer Gossip: Is Quincy Promes on His Way to the Premier League?

Dutch winger Quincy Promes is set for a sensational move to one of three Premier League clubs in January.

The pacey forward currently plies his trade in the Russian League for Spartak Moscow but after a few good seasons, heads are starting to turn in the Premier League. There is a general consensus that Promes is perhaps too skilled not to play in one of the big leagues and several Premier League clubs are weighing up bids for him in the January transfer window.

Everton scout Pavel Kucherov told Russian media that Promes was sorely missed when Spartak Moscow drew 1-1 with Liverpool in the Champions League fixture two weeks ago. Everton are continuing to look for improvements to their attack and he could be a perfect fit, especially because the Toffees have been struggling in the Premier League so far this season. 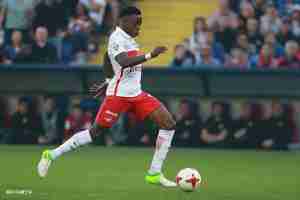 Jurgen Klopp described Quincy Promes earlier as "a very good player", however he added: "There's nothing else to say. There are a lot of good players that we have already". Considering Liverpool's overload of attacking players, it is likely that a move for Promes would only be considered after the potential departure of Phillipe Coutinho.

Pomes in also on the Arsenal radar. The Gunners have have hit some fine form recently and managed to hang onto star player Alexis Sanchez. However, should Arsenal sell the Chilean in January, Wenger would likely be on the lookout for a replacement winger. Although Pomes is not near Sanchez's standard, he would still be considered a quality signing.

A strange case of Mimi Labonq

There isn’t a lot to say about a trip to East Thurrock United that hasn’t been said before.  Predominantly by me, naturally, on my three previous visits to this little slice of rural Engl...