Arsenal have a number of attractive attacking options, including the likes of Alexis Sanchez, Mesut Ozil and Alexandre Lacazette, which makes you wonder how on earth they have been struggling as of late.

If Gunners fans thought things were bad now, just wait till Ozil and Sanchez leave the Emirates in January. Should this happen,Arsene Wenger will need a new world-class attacker and with Theo Walcott strongly linked to a move back to Southampton, he will need a proven goalscorer too.

One of Arsenal's primary transfer targets to serve as a replacement for Sanchez is none other than Manchester United's highly rated French forward, Anthony Martial.  Martial signed for the Red Devils back in 2015 and has since succeeded in making an impact. He won the European Golden Boy award in 2015, and picked up a Premier League Player of the Month award within a month in English football. 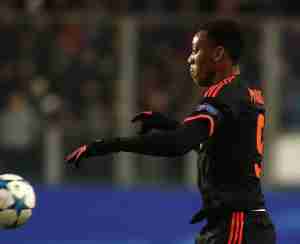 Martial is a versatile forward, making him the perfect fit for Arsenal. Just last week, Arsenal legend Thierry Henry paid the Man United striker the ultimate compliment: "Anthony Martial is far better player than I was at his age."

However, Arsenal will face some tough competition from Barcelona if they wish to complete the signing of Martial. Arsene Wenger will need to put forward a very convincing offer to tempt Martial away from the Champions League football he can play at either Manchester United or the Catalan club. However, with the striker starting just once this season under Mourinho, it could only be a matter of time before he starts trying to force a move away.

Manchester United boss Jose Mourinho insisted his side no longer needed Gareth Bale after the Real Madrid winger appearance in the UEFA Super Cup last August. However, the rumour won&rsqu...