When things go right goalkeepers tend to get little credit, but when things go wrong they get the most criticism. The position requires a special breed of mentality — a calculating and sound mind to withstand the crushing weight of responsibility. This often goes hand in hand with bravery bordering on madness.

Arsenal have had their array of colourful goalkeepers throughout the years.

Here are the top Arsenal goalkeepers:

Before the war, Swindin often showed signs of stage fright which limited his first team inclusions. Despite this, he fought off competition from two other goalkeepers to earn a league title medal in his first season.

During the war, he served as a PT instructor for the army, but still played irregularly.

After regular football restarted after the war, Swindin was a new man.

Something had clicked for him. More refined and more consistent, he ousted his competitors to become undisputed between the poles for the next six seasons in a row.

His commanded the penalty box—clearest when faced by aerial threats – as he helped the Gunners win two more league titles.

But after a decade at the helm, Swindin’s advancing age gave way to a young Welshman Jack Kelsey.

He died in 2005 at age 90 after suffering from Alzheimer’s disease in his later years.

His disregard for his own physical health and stable hands impressed Herbert Chapman who had no qualms making Moss a secure starter for the next four seasons.

In his second year, Frank was a key figure in Arsenal’s the First Division triumph.

In the season after, he even scored an instrumental goal for yet another title.

He did this in a remarkable mind-over-body manner—his trademark. Moss played as a winger while suffering from a dislocated shoulder when he scored the goal against Everton at Goodison Park.

Arsenal signed John Lukic in 1983 to serve as a long-term replacement for retiring Pat Jennings.

Lukic played a role in Arsenal’s first league conquest in 28 years, when, in 1989, he assisted Michael Thompson for his last-minute winner against Liverpool with his long-range kick.

The Serbian remained undisputed No.1 until 1990 when his understudy at Leeds David Seaman ousted him.

After a gap of six years during which he went back to his home club Leeds in 1990, Lukic returned to Arsenal to serve as a substitute for Seaman and, later, Alex Manninger.

He racked up 293 games in 12 years, which made him one of the most respected keepers in the history of the club.

Woolwich Arsenal spotted Jimmy when he was playing for Southern League side Gravesend United.

In his second season with the club he kept 17 clean sheets, six of which were in a row—a club record matched only by Alex Manninger’s 90 years later.

In 1903-04, he inspired Arsenal to promotion to the First Division with 20 clean sheets, conceding 22 goals in 34 games.

Two years later, he became the first Gunner to be capped for the national side.

When he left for Blackburn in 1908, he had amassed 300 appearances. 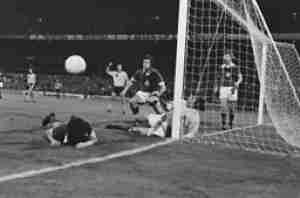 Pat Jennings is one the few who have crossed the Arsenal-Tottenham chasm to be greeted with applauds on both sides.

His abilities commanded such actions.

Jennings started late which contributed to him developing an unusual style of play. He was the first goalkeeper to make a practice of using his feet and other parts of the body to stop the ball from rolling past him.

Another trademark of his was his one-handed saves. He was gifted with huge arms and elongated hands. This gave him reach and the ability of gluing the ball to his hands. Northern Ireland manager Billy Bingham used to call his arms “Lurgan shovels”.

His unique style of keeping trailed a calm demeanor which infused teammates with self-assurance and established a strong claim on the penalty box.

Before Arsenal, Jennings’ skills had been tried at Tottenham Hotspur for many years, but when they thought he was past his best, they sold him to Arsenal.

He pushed his career into another eight years with the Gunners, taking part in 327 matches and helping them reach three FA Cup finals and a Cup Winners Cup final. 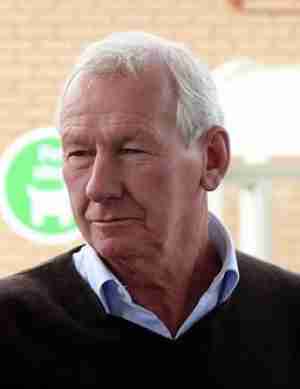 Bob Wilson’s professional career lifted off later since his father thought playing football was not a proper job.

Even after Wilson was signed by Arsenal in 1963, he had to wait for his chance.

Jim Furnell had made a home of the starter spot and was not ready to abandon it until four years later when a mistake gave Wilson his long-awaited shot.

Wilson enjoyed the trust of his manager until misfortune struck when he broke his hand during the next season.

On recovery, Wilson came back with a bang to help his team win the 1970 Inter-Cities Fairs Cup and the double in the following season, earning the Best Player award.

After his retirement, Bob Wilson took a goalkeeper coaching job at Arsenal and remained there for 28 years until 2003.

He mentored many superb goalkeepers, including Pat Jennings, David Seaman, and John Lukic.

Extra Read: Top 10 footballers with most trophies won during their careers

Jack Kelsey amassed muscle most modern bodybuilders would find enviable while working as a steelworker before football.

When he joined he found his way blocked by George Swindin who reigned between the posts, but two years later an injury to Swindin opened the door for him.

Kelsey grabbed hold of the opportunity and dominated for the next eight seasons.

Luck had a minor role in this man’s career.

His wide shoulders from his steel-working days carried a good head. He was the first keeper to make a practice of rushing out of the penalty box to clear dangers.

Jack had a superstitious routine of rubbing chewing gum on his hands to help the ball stick better. This worked.

His talents soon earned him his first call for Wales. He managed 41 games—a record then.

In the first appearance of Wales on the World Cup stage, Kelsey helped them reach the quarterfinals where they met Brazil. The Brazilians won but not without struggle, 1-0, courtesy of a brilliant Kelsey.

He played 327 matches for Arsenal and was considered a world-class keeper. 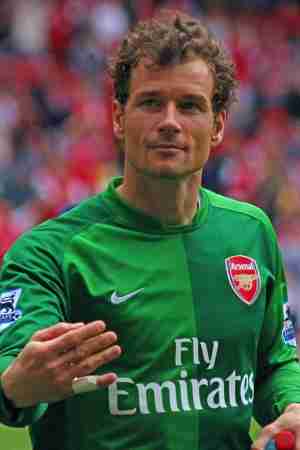 The German had a strong irrational side to him, his callous facial expression hiding an erratic mind often leading to dubious decisions.

He rushed out without second thought, leaving his goal completely unguarded or miscalculated crosses, all the while barking orders. He once urinated behind the goal during the match. This was Lehmann.

His irrationality was part of a package. He was also an excellent shot stopper with great bravery, a superb organiser, with no shame letting teammates know what was expected of them.

It was most evident in Arsenal’s run to the final in the Champions League, when he achieved ten consecutive clean sheets equaling 853-minute without a goal.

Lehmann was an integral part of the Invicnible squad—for that his place in history is cemented.

After his retirement, Lehmann has been involved in several acting projects. 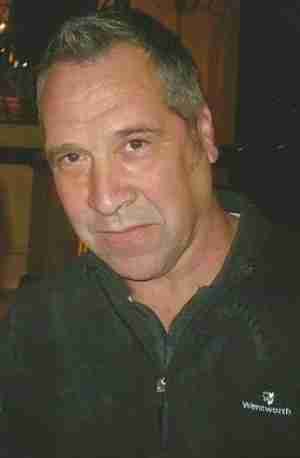 Silly pony tail, outrageous mistakes, and superb saves: all David Seaman trademarks. He served as the spine for Arsenal and England for over a decade.

David Seaman’s career turned out to be a tender balance between glorious moments and overblown blunders.

One of those moments was the iconic save he made from Paul Peschisolido against Sheffield United in the FA Cup. A header from two metres away to stretch with one of his hands and pull the ball out as if fishing–an impossible save.

His failure to stop a 45-yard shot from Nayim in the Cup Winners Cup was one his worse moments—a mistake that cost Arsenal the trophy. Then, a Ronaldinho free-kick caught him off the line in the 2002 World Cup quarterfinal against Brazil. He received much stick for that.

But right in between the brilliance and ineptitude, there stood the stability that won Arsenal three league championships, four FA Cups, League Cup, and European Cup Winners Cup.

Goalkeepers are mostly remembered for their mistakes more than their overall contributions.

David Seaman is remembered for his contributions despite his mistakes. That is the difference.

If you liked this post, please have a look at our Best 31 Football websites article. And please share with your friends.

Every football club has its “Leiston” moment. That game where everything goes wrong and you finish up on the end of a giant killing. As a West Ham fan I’ve experienced that pain all too o...