The two sides of the cult of the manager

At one of chess Grandmaster Ben Finegold’s lectures in Saint Louis I watched recently, he abruptly asked the attending children: “Is there an alligator in the room?” I thought: what a brilliant way to show them how to think and keep their focus. The camera was aimed at him so I couldn’t see if any of the kids hooked on the joke or actually looked around before they answered. If they had, they would’ve missed the point. Logic dictates there are none in the room. But a look at the football manager reveals there is an alligator in the room, one deeply embedded into the collective imagination and reflected back onto him.

Look no further than David Moyes’ ordeal at Manchester United, or Phil Brown’s with Hull City, or Arsene Wenger’s with Arsenal, and, of course, Pep Guardiola’s English adventure. Managers have been glorified and bashed consistently. They are at the forefront of events in football clubs, carrying the responsibility for most changes and results. A special allure emanates out of the manager as a knowledgeable figure of deep-hidden football treasures and springs of motivational wisdom.

It looks like that, at least on the surface. But from a managerial perspective, it’s another story. Alex Ferguson used to shoot out laconic answers in interviews or walk out of press-conferences, or boycott the public’s right to know about the club’s affairs altogether. Perhaps the years behind him enabled him to see where this was heading. Or perhaps he didn’t care. In his mind, Ferguson was there to drive his players to victory on the pitch; as simple as that. From point of view of all of us, he was almost a guru, unprecedentedly successful manager with a magic touch, beyond the ordinary sacking powers of club directors. Notice the discrepancy? One is just a man trying to continue his success in a chosen profession; the other is a person with powers out of la la land.

In this discrepancy of intensity between the two worlds lay most problems: with new appointments of managers, long-serving ones, and with money. 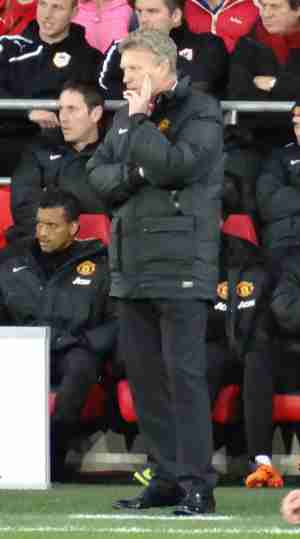 Picture: Jon candy. Shall I do it like Ferguson?

Firstly, a new manager often brings air of excitement and positivity with him. Perhaps the new man comes with proven pedigree of having achieved something elsewhere under different circumstances and hope is placed on him to repeat the process. Perhaps he is better than the last terrible guy - because there can’t be anyone worse than the last bad guy. So the new manager is in a very tough spot. He must abide the mountainous pressure to repeat successes of club legends before him, and this leads to a laser-like gaze focused on the immediate results he brings. The cumulative pressure spirals upwards, or downwards, whichever way you like to see it, and goes to a place of archetypal character where the manager becomes more than a manager. He becomes the savior of the club’s troubles, almost like a messiah. That label sticks hard to the dislike of managers who would love to shake it off from their profession.

Rather expectedly, a string of poor results can release the pressure, and the result is the manager gets the sacking - because he failed to conform to the expectations. But even worse, if for new managers failure threatens with a label of incompetence, for long-serving ones, it can even question their sanity.

On the other hand, those who succeed become magicians, gurus, managers of extraordinary value. It’s Guardiola ‘the Revolutionary’, Mourinho ‘the Special One’, Klopp ‘the Passionate One’, Ferguson ‘the Control Freak’, Wenger ‘Le Professor’, Big Sam, etcetera. They all have their individual style of interpreting the football knowledge they have gained. They are like scientists for football. Football has developed through the scientific method over the years: managerial innovations adding up in the bank of football knowledge. In this way, in the microcosm of football, Rinus Michels was a Tesla with his invention of total football, Herbert Chapman–a Hubble. You get the point. But the idea that one person can find an all-working, all-effective magic touch on things is misguided, and that’s the whole point. 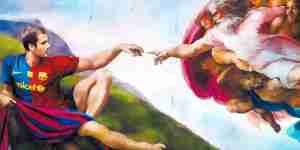 Some even allow it go to their heads. Guardiola comes to mind. At Barcelona, his all-encompassing vision engulfed mundane and trivial things such as which car the players and staff drive, when and what to eat, and even what to wear, and especially how many seconds they hold onto the ball on the pitch.

Talking about a tad too much, Ferguson was another ego-maniac who demanded total control over the dressing room and club affairs. When he faced a challenge from Roy Keane near the end of the player’s career, he offloaded him in a blink of an eye because, in his mind, Keane threatened to undermine his control of the dressing room.

Control has become so engrained into the football management culture that most consider it an absolute must for success. So, to cap this point, on the one side, we have the pressure which comes along with a vision, and on the other - the obsessive sifting of grains over how to materialise it.

“The whole gang–they were like schoolboys.” Zlatan Ibrahimovic remembers how he felt under Guardiola. “The best footballers in the world stood there with their heads bowed, and I didn’t understand any of it. It was ridiculous.”

While in the late 80s and 90s, Alex Ferguson and Arsene Wenger were basically unproven, by the tick of the new millennium they had almost become untouchable: given free reign for decades, immune to the dangers of losing their jobs. Now, over 20 years later, they are drinking from the same poisoned water created by the cult of the manager. Well, at least one of them is, the other one has wisely retired. For Wenger, the monster he had created is paradoxically demanding more and more of him, just as much as he is keeping him On The Job even if he does not deserve it.

Then there is the problem of how it affects financial matters in football. If a top-echelon manger gets paid, say, £10 million a year, he would usually get the sack after a 0-2 follows three 1-2s despite the club having to pay at least half of that for ending his contract early. But if a top-echelon player earning an equivalent amount of money didn’t do as well as expected, he would quite simply be benched while the club waits out for the next transfer window to open. And this is down to the bloated image of the football manager.

It is where things spiral out of control. The more expectations, the faster things go, the bigger the hunger for success, the more money spent, the more crippled smaller clubs and managers become. It’s a spiral towards Arabian deserts where you find underwater villas with oil flowing from fountains in the living room. Wait, that sounded like a bad thing… It could be when United sack Moyes after half a season or when Arsene Wenger keeps his job after a decade of trophy-drought.

The alligator in the room, the one we need to inspect, is the cult with which we have dressed football managers. The one that meddles with the finances of the clubs and promises success with a simple swipe of the hand, the one we get addicted to when we sit down to play the latest version of Football Manager. So what can we do about it? Laugh, of course. It never hurt, and it never will. Because it is damn entertaining. Because if we don’t, we run the risk of getting into the loop of talking over and over how great those managers are. What’s the point?

The emergence of the 4-2-3-1 formation on the footballing radar has been sudden and game-changing. In spite of being a flexible system that is difficult to understand and master, this set...