The funniest joke in the world 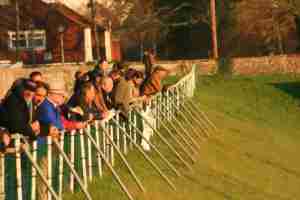 Wingate & Finchley, Finchley & Wingate.  This was a new one for Lewes.  There are some very knowledgeable people around the club these days, including my fellow board member Terry Parris.  Terry holds the distinction of being a player at the club (just 600+ appearances), Manager, Director and for a period, Chairman.  There are few nicer chaps around and even he could not think of when/or even if we had played the combined powers of N2. Promoted last season from the Ryman League One South after a play off win against Brentwood Town, they started the season like a train but have had mixed results in the past few months pushing them into the quagmire of mid-table.  It is fair to say this was a big step for the club and they appeared to be just keeping their heads above water.  But I have reasons to laugh and cry at the word Finchley. 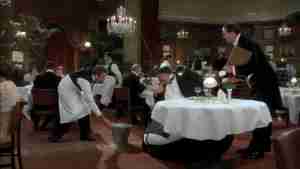 I am a little too young to have really appreciated Monty Python in its prime.  I remember going bright red as a thirteen year old in the company of my parents watching the “Every sperm is sacred” scene from the Meaning of Life but then laughing like a loon at the funniest sketch ever made in the same film when Mr Creosote was offered a “Waffer-thin mint” with disastrous effects. One running theme through a number of the shows and films was the idea of the “Funniest Joke in the World”.  The concept was that this joke was soooo funny that anyone who heard it dropped down dead.  The sketch continued to run for many years and the only part you ever heard was the world “Finchley”.  That to me was the sum total of my dealings with Finchley until the 7th March 1990.  After that date I can never utter the word Finchley without a cringe of embarrassment running down my spine. At the time I was young and naive.  I was working for a major high street bank and had just started going out with a girl who lived with her parents in Barnet.  The family was ruled with an iron fist by the matriarch and despite being nearly 21 at the time, myself and her eldest daughter, had to abide by a strict code of conduct that saw us placed three stories apart in their house when I stayed over.  There was to be no consideration of nights away anywhere, and even the slightest glimpse of a holiday brochure set her off on one of her lectures. On Valentines Day that year West Ham United had travelled up to Oldham Athletic to play in the League Cup semi-final.  The six nil defeat was a headline writers dream and essentially made the return leg meaningless.  But I bought tickets for my then beloved Jo (previously to meeting CMF I went out with four Jo’s in a row which made it easier when they “overlapped”) and myself in a game that was to be her first ever football match.  Quite how it went from me explaining exactly what the “back door” was in footballing parlance to us being engaged an hour after full time I will never know.  But I do remember at one point, delirious with the win (West Ham battered Oldham but could only pull back three of the six goals) and pissed, incredibly pissed, kneeling down in the footwell of her pink Fiat Panda (classy girl) and proposing at the traffic lights at the junction of the High Road and Sumners Lane in Finchley – just a hundred yards or so from Wingate & Finchley’s current ground. 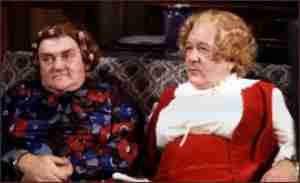 What was I thinking about?  They say to see what your wife will look like when she gets old, just look at her Mum.  Did I not see that?  Did that not fill me with dread? The fact that I was on severe “rations” may have been influencing my thinking but this was sheer desperation (although in fairness the internet hadn’t been invented yet by Mr Berners-Lee). The end result?  An engagement ring that cost a month’s salary, no increase in any carnal knowledge and the end to any football matches on a Saturday whilst we “planned the big day”.  Win/win situation eh? A year later, still with little progress in *that* area and faced with a life being dominated by my mother-in-law I called it all off and ran away for a year to Greece, where I incidentally met The Current Mrs Fuller who was only too happy to allow me a season ticket in more ways than one.  The rest, as they say is history. So I cannot hear the word “Finchley” without a thought as to what may have been.  Based on my dealings with the club’s Commercial Director, Mike Bayly, I am sure they are a top bunch of people, but for one afternoon I really hope that Lewes could help me get over the nightmare of Finchley High Road by stuffing the visitors. With the sun winning its fight with autumn and giving us another chance to wear our shirtsleeves the teams took the field.  Lewes welcomed new loan signing in the middle of the park, Alex Stavrinou from Ebbsfleet United  in the hope that the problem are from the past few weeks would be solved.  Only ninety minutes would tell. Lewes 0 Wingate & Finchley 0 – The Dripping Pan – Saturday 19th November 2011 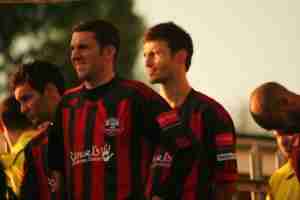 Whilst the nil nil draw was two points dropped for the Rooks, this was one of the best games I had seen this season.  Lewes have struggled this season to put together ninety minutes of good football at home this season, normally putting in a good half here and there but disappointing in the next period.  But today they gave their all for ninety minutes, perhaps inspired by the visitors who came with a real attacking intent. The first half was a real treat for the near six hundred fans in the Pan. Wingate & Finchley came within a lick of paint of taking the lead early on when a Leon Smith shot from distance hit the post with one of those satisfying PING’s that reverberated around the ground (one for those amazing chaps over at 500 Reasons to love football surely?).  Lewes tried to get Nanetti into the game but he was very well marshalled by the very impressive Kieron Street for the visitors. 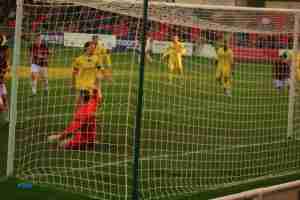 It looked like the deadlock had been broken though in the eleventh minute when Ian Draycott headed home.  However, the linesman had deemed that somewhere there was a offside.  With the ball being headed back across the area it was hard to see where the offender was, and at half time Steve King asked the linesman if he was “old enough to do the job”. The second half saw more of the same with both keepers kept busy.  The best chance came in the 80th minute when The Ball is Round’s own Nic Ciardini smashed a shot from the edge of the box against the bar that had the whole of the Jungle “Oooing” in unison. 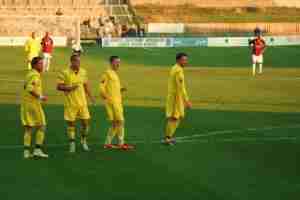 No sixth sense in the FA Trophy

When the fixtures are released each summer we instinctively look for when we will be able to visit somewhere new.  A new ground, new pubs, new fans to banter with, new pubs, new cultural ...