The 13 Best Football Books Ever Written

Football is like an iceberg. What carries the weight of the sport often remains invisible to the eye.

On the surface, some men kick a ball about, but venture to explore deeper, and you will discover an intricate world of personal stories, history, cultures and humanity.

Here are the 13 books that best describe what football is about:

Fever Pitch is much more than a memoir from Nick Hornby. It ventures beyond, into the way of life of the football fans and the sorrow and joy which come with obsessively following Arsenal. It’s a curious case study of the meaning of football and how it is inexplicitly tied to culture and personal life of those who commit to it.

2. Inverting the Pyramid: The History of Football Tactics by Jonathan Wilson, 2013 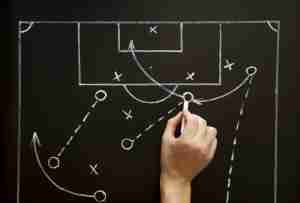 Inverting the Pyramid has been called the ‘Big Daddy’ of football tactics for a reason. Through brilliant detective work, Jonathan Wilson has uncovered gems in football history which help paint a more accurate picture of football nowadays; from how tiki-taka originated to the South American’s football liberation from British colonial influence: it’s all here.

3. Brilliant Orange: The Neurotic Genius of Football by David Winner, 2001 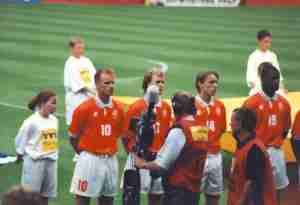 They are called the Oranje, because they draw the eye in much the same way. This book, written by English journalist David Winner, dives deep into Dutch culture and draws all the necessary conclusions to explain why the Dutch are so brilliant – technically, creatively and collectively. Well worth the read. 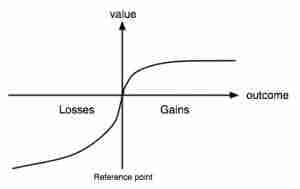 Football is just as much, if not more, a business as it is a sport. This book is an intelligent tackle on this dimension. Using an analytical and statistical approach mixed in with some psychology, Simon Kuper and Stefan Szymanski dive deep into how clubs are run, who makes money in the sport and draw some surprising conclusions from the conducted studies. A definite read.

Buy it at Amazon. 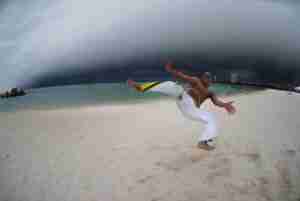 Dare we miss Brazil: the heart and joy of football, the smiles and sand and playful tricks? No, we dare not. This book describes Alex Bellos’ quest to find out why Brazilian football is the way it is. On his way, through the rainforest and slums of Rio de Janeiro, he discovers the rich cultural womb that has given birth to football’s biggest names: Pele, Garincha, Ronaldo, Ronaldinho, etc. 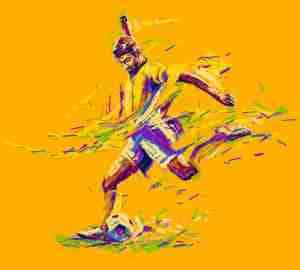 Most of us that love to watch football also love to play it. Whether you are a fan, player or coach, this book will help. Author Dan Blank has taken care to structure the book into short and understandable, but well-written, chapters, each offering advice and lessons on how to improve your game.

7. When the Dream Became Reality: The journey of a professional soccer player, and the push for meaning, purpose, and contentment by Bobby Warshaw, 2017 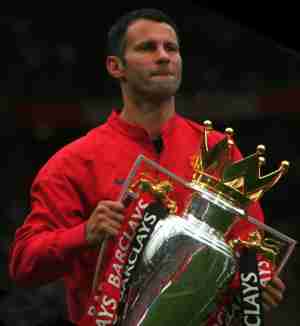 Author Bobby Warshaw splashes iced water in the faces of those stuck thinking that lifting a cup is what football is about. This deeply humane book sheds light on the often unseen difficulties players go through on their path of becoming, and staying, professional footballers. Identity, integrity, purpose, and meaning: all are explored through the story of a young footballer turning professional in America.

Buy the book on Amazon.

8. Pele: The Autobiography by Pele 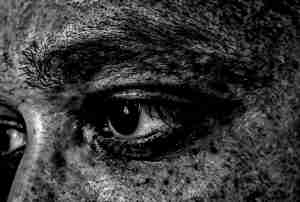 No list of football’s best books would be complete without The King: Pele. Although with its little faults, the book follows the life path of football’s greatest icon – from the poverty-stricken streets of Sao Paulo to the heights of the World Cup in 1958.

9. Teambuilding: The Road to Success by Rinus Michels, 2001 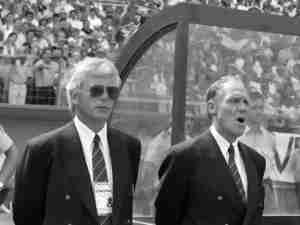 Who better than Rinus Michels, the orchestrator of early 70s Ajax, to scoop advice from about running a team? Although Michels rambles on at times, his valuable advice and know-how would be still discernable for the many modern coaches or people interested in the game. The book offers a great look into the mind of one of football’s greatest coaches. 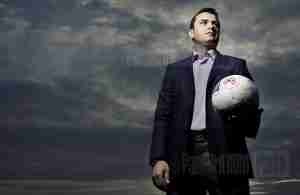 Bar the top managers in the world, this book can serve as a reference point for managers when it comes to training their team. It provides insight into training exercises and drills that can enhance the performance of individual players by paying attention to their strengths. It’s a valuable read for coaches, players and enthusiasts of any levels.

11. The Ball is Round: A Global History of Football by David Goldblatt, 2008

However much we’d like to view football as an unscathed microcosm of the real world, this is not the case. The Ball is Round ambitiously explores the global history of game – how it came to be, how it ticked under the blanket of societies and institutions around the world. It is an engaging read that will heat up the top of your head and leave it warm long after you’ve finished reading it.

Get it on Google Books.

12. Angels with Dirty faces: The Footballing History of Argentina by Jonathan Wilson, 2015 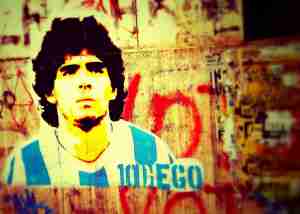 Once again, Jonathan Wilson goes to great lengths to explore the history of Argentinean football. He writes about the environmental and political changes that have touched football throughout the years and gathers intriguing stories about Argentina’s greatest – Maradonna, Messi and Batistuta.

13. Behind the Iron Curtain: Football in Eastern Europe by Jonathan Wilson, 2012 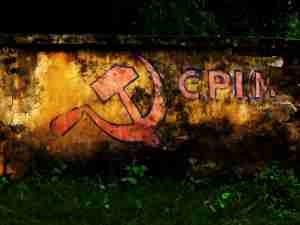 It’s hardly a surprise that we’ve included another book by Jonathan Wilson in this list. Behind the Curtain is just another piece of the global football puzzle – an often overlooked one but without which a sense of incompleteness reigns. The book explores the hurdles which Eastern European football faced, but also the will to overcome them – as the early 50s Hungarian team did. This and the poverty stricken football of Serbia, Russia and Armenia: it’s all here.

Buy it on Google Books.

Honourable mentions: All Played Out, Lovejoy on Football, The Soccer Syndrome, The Football man

If you think we've missed a book or you would like to add one of your own, please contact us at support[at]theballissquare.co.uk

NEWEST / OLDEST / TOP COMMENTS
John   Monday 7th August 2017 14:37 PM
I would add Tony Adams' Addicted and Ibrahimovic's I am Zlatan in there.

Roma midfielder refuses to rule out Chelsea move amidst interest