Six things we learned from Arsenal’s victory over West Ham

The victory was like a chocolate bar after a month spent camping in the wilderness. Arsenal badly needed the good news following weeks of turmoil of uncertainty, fan protests and bad results. On the night, the Gunners outplayed Slaven Bilic’s struggling side. But his club standing barely above relegation zone still gives critics ammunition whether this really means Arsenal are on a path to revival.

From a narrower point of view, there were plenty of positives to be taken out of the game.

Here are some of them:

One of the biggest conundrums for Wenger this season is which holding-midfielder partnership to start. Xhaka has been an overall disappointment since his arrival in the summer – mainly due to his lack of discipline.

Coquelin’s forte is breaking up the oppositional build-up play, but he has done little to prove he is capable of building up the game himself. Elneny, on the other hand, can pass the ball, make forward runs and presents a threat with his long shooting. When used, he offers Arsenal another offensive dimension, especially from corners when he likes to lurk near the edge of the box, waiting for his chance to shoot.

Last night gave some food for thought. Xhaka was painted in a different light. He was a rock in centre midfield: disciplined and aware of his positional responsibilities. He also provided interesting option in attack – mainly his attempts to lob the ball behind West Ham’s defense. His short passing was outstanding. In truth, Arsenal looked sharper with those two compared to Xhaka/Coquelin. 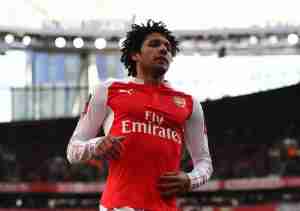 It would be unwise to expect too much from Welbeck that soon. He just returned from a long break from football.

Against West Ham, he looked sluggish and wasteful, although he did help his teammates a little with his runs. Arsenal dominated possession and looked really threatening when Sanchez was in possession of the ball. Sanchez is a player who can spot a run, but Welbeck showed little initiative on that front. He looked isolated and static at times. And this brings me to my next point.

What is really going on with Lucas Perez? One could wonder whether the Spaniard has fallen out of Wenger’s grace – if he ever had it. He passed with flying colours every test Wenger gave him, but still seems deeply rooted to a dusty corner of the squad.

With sixty minutes gone against West Ham, it must have been obvious to Wenger that Welbeck up front wasn’t working. I get it: Giroud usually scores when he is used as a sub, but wouldn’t Perez currently offer more speed and positional advantage in the box than Welbeck?

As it stands, it looks Perez will be pushed out of the club. Shame, because he was never given a proper chance. 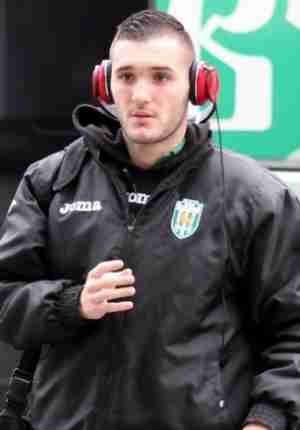 4. The effort was there

Wenger might have a point when he says the mentality at Arsenal is healthy. If the Gunners looked lazy and down in spirits during their defeat to West Brom, they were the opposite against Bilic’s side.

That they tried hard to win the game for their manager was difficult to ignore. Although the first half lacked sharpness, the Gunners impressed with high-tempo insistence on winning the ball back and moving it forward.

But even the effort could not hide the apparent lack of creativity up front.  Which bring me to my next point.

Undoubtedly, he was Arsenal’s most important player before his forced holiday due to injury.

His spirit, or lack of it, was clearly present last night in Arsenal’s futile attempts to break apart a well-organised West Ham, especially in the first half. There were way too many passes to the sides and back. Their game reminded of a period when Arsenal were trying to pass the ball into goal. A screaming absence of a figure of someone with calmness on the ball who can take it upon their shoulders to attempt unusual things was evident.

The player who came closest to filling that role was Sanchez. He kept the ball, ignoring tactical and formational restrictions and precisely because of it, he was the Gunners’ most dangerous player. He linked up well with Ozil on several occasions.

Most often than not, the Gunners were pushed towards the wings where their crosses looked forced out of desperation. Cazorla’s creative presence through the middle was badly missed.

6. Wenger tried to spice up his tactics

Supporters have been criticising Wenger for being too predictable with his tactical choices.

But last night we saw a twitch of change. Bellerin tended to gravitate to a more central position when he could. Elneny was given more freedom to make forward rushes. While Xhaka and Sanchez attempted some long-forgotten attempts to lob the ball above West Ham’s defense.

It was a breath of fresh air, but it’s a work in progress.

Lewes and Bonfires go together like Milton Keynes and roundabouts.  Bonfire festivities began when the discovery of the Gunpowder Plot was declared a national holiday. Celebrations in Lew...