Things are heating at the top of the Premier League table. Manchester United's 3-1 away victory over Arsenal  increased the pressure on Manchester City who are still top with an eight-point lead. United won courtesy of a splendid brace from Jesse Lingard either side of the break and a goal by skipper Antonio Valencia.

This dropped the Gunners to fifth, behind Liverpool, as Wenger and company were left regretting the 33 missed chances against United.

On the other hand, Pep Guardiola has all the reasons to be happy as his Man City battled to a 2-1 win over West Ham at the Etihad. This was by no means easy despite an overwhelming 77% possession of the ball on average for the Citizens. West Ham opened the score through Angelo Ogbonna in the first half before Nicolas Otamendi and a late Davil Silva striker slapped a feline smile on Guardiola.

Antonio Conte's Chelsea defeated Newcastle 3-1, courtesy of impressive Eden Hazard and Alvaro Morata performances. Should Morata continue along this path, he is on his way to vanquishing fear of the vacuum up front caused by the exit of star striker Diego Costa to Atletico Madrid. 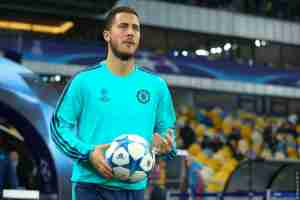 It wasn't all smooth sailing for the Blues as Newcastle got the opener via Dwight Gayle. In the end it was all three points for Chelsea as they maintain third position on the Premier League table.

Liverpool have recovered well since their recent slump. They beat Brighton and Hove Albion 5-1 away from home with, surprisingly, on-fire Mohamed Salah (League top scorer) failing to find the net in this fixture.

It was a game to remember for Brazilians at Liverpool, Roberto Firmino and Philippe Coutinho, who got a brace each. They would be hoping to stretch that form into the next game. 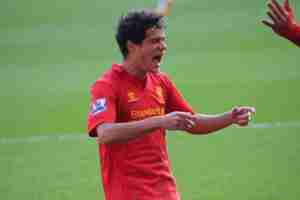 Watford made matters worse for Spurs as they held the visitors to a 1-1 draw at the Vicarage Road. The loss to the Gunners in mid-November seems to have put them on a downward spiral with their winless streak now stretching to five games.

Leicester City continued their good form by beating Burnley 1-0 at home. Winger Demarai Gray continues to impress at the former League Champions, scoring the only goal, but not without the help of in-formers Wilfred Ndidi, Riyad Mahrez and Jamie Vardy.

AFC Bournemouth was held to a 1-1 draw by Southampton at the Vitality Stadium as Eddie Home’s men continues to grind out results in the League this term by all means.

Sam Allardyce has something to celebrate about as Everton beat Huddersfield 2-1 at the Goodison Park in the manager's first game with the club.

On Friday night I made my long-awaited return to a football pitch as I turned out for the Lewes FC Elite team in a post-season friendly.  As I crawled off the field with 75 minutes on the...