Tottenham Hotspur boss Mauricio Pochettino will have plenty of options to choose from in the summer should he decide to quit White Hart Lane as Real Madrid, PSG and Man United have reportedly expressed interest in the Argentinean.

Pochettino is currently one of the most desired managers in football after leading Spurs to third and second in the last two seasons and beating Madrid 3-1 earlier this month. But despite interest from the European elite, he has insisted that he is fully committed to the North London club.

“Today, for me, Tottenham is in my heart.”

However, Pochettino might be convinced to swap clubs in the summer should he deem the project interesting enough,  and PSG might be the club that could feed that need of the Argentinean.

PSG have identified him as potential replacement for Unai Emery as it is understood they have given the Spaniard an ultimatum to get the club to at least to the Champions League semi-finals this year in their bid to conquer Europe. 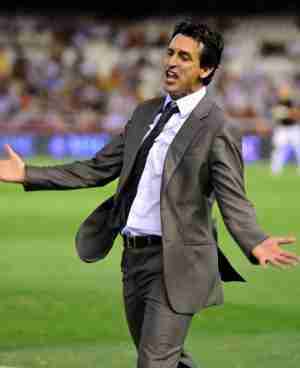 Such a deal, however, will be dependent on Jose Mourinho’s decision on his future come the season’s end. The Portuguese is rumoured to be interested in the PSG job and the French side will also prioritise him over Pochettino should he decide to leave Old Trafford.

If this happens, the Red Devils could end up snatching Pochettino in bid to fill the hole left by Mourinho’s departure.

However, there are no signs of the Argentinean looking to move any time soon with earlier stories linking him to an amazing 15-year extension to his stay at White Hart Lane.

I can already hear the objections to my next sentence. Twenty years is a long time in life. No, it isn't? To those who have fallen over the deadly edge of life of 35-40, 20 years mi...