The relatively recent phenomenon has seen footballers and managers receive double or triple the amount they earn in Europe, which has made transfer life for European clubs much more difficult.

The most recent team that has been distracted by big money offers from China are Chelsea, who had an unsettled Diego Costa on their hands after he received a huge £30 million per year contract offer. The Blues had already lost Brazilian midfielder Oscar a month earlier, now playing for Shanghai SIPG on a gargantuan salary of £400,000 a week.

“I have already refused a big offer to go to China,” Mourinho said “but I don’t criticise anyone who decides to do it. It’s their choice, their life. Only they can decide what they need for their future.

“Other managers in the Premier League have been critical, but I am no critic. I am worried, because they can offer contracts that are impossible to offer in Europe. But in the end the player who wants to go is the player that maybe you don’t need to keep.” 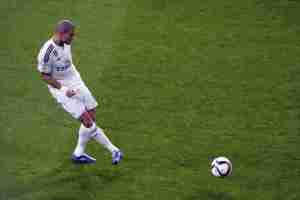 Picture: DSanchez17. Pepe is one of the lastest Chinese big-name signings from Europe.

The Chinese Super League has become the main competitor for the American MLS as the destination for post-peak football stars who are up for earning a buck, but they have been getting bolder by the week.

The list of European players in the CSL has been steadily growing in recent years, with players such as Didier Drogba, Nicholas Anelka, Eidur Gudjohnsen and Pepe among  all who have opted for the switch.

South Americans have had an even bigger contingent there: Carlos Tevez, Ezequel Lavezzi, Hulk, Alexandre Pato and Robinho, among a host of others.

"But when they are young and they have a chance to be in the best competitions, and they still decide to go, well maybe it is better that they go.”

Gabriel Jesus vs Kylian Mbappe: Breakdown and comparison of styles

Watching Ronaldo and Messi dominate at will gets unbearable after 15 years. It’s been a long time since we’ve seen an influx of fresh talent of a similar qualit...