Manchester United was synonymous with the now-retired Sir Alex Ferguson for three decades. Three years after his official farewell to football, the image of Manchester United as a club capable of living beyond the fatherly grasp of the legendary Scot has began to re-emerge.

A record-breaking £89.3 million for Paul Pogba has reminded of an Old Trafford ambition that continues to live after Alex Ferguson – the same ambition that has sometimes misfired, creating the most costly transfer flops in the Red Devils’ history. 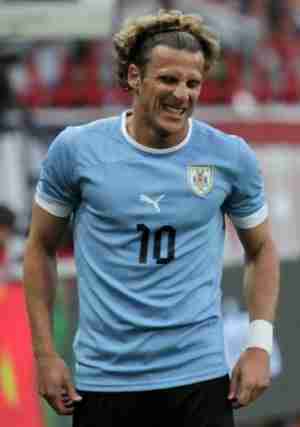 Diego Forlan was a curious case but not because of the money he cost United, but because they failed to capitalise on him fully.

Forlan made his name at the South American club Independiente. His goal-scoring prowess soon sent European noses sniffing after him and, in 2002; he flew across the ocean to join the Red Devils.

The Uruguayan then became one of the most frustrating natural goal-scorers to watch. He took eight months or 2630 minutes of game time to score his first for United. Despite his lack of luck up front, Forlan attained a cult hero status for the Red Devils due to his quick-fire double against Liverpool.

After his England farewell, he showed his true worth at Villareal and Atletico Madrid, scoring over a hundred goals for both clubs. His transfer market price rocketed to 20 million more than what United had received for him. Who said there were no happy endings? Well, for Forlan at least.

Eric Djemba-Djemba was a whirlwind of absurdities.

Known for uncompromising tackling from his days at the French Nantes, he struggled to make his mark on the Premier League. His inconsistent displays earned him ridicule from the fans–“he was so bad, they named him twice” they joked.

Djemba-Djemba can never be accused of not having an exuberant thirst for life. He led a lavish lifestyle, boasting a fleet of 4x4s and juggling 30 bank accounts to cover for credits. His manager, Christophe Mongai, said about him: “Eric is on a different planet. He simply has no notion about money.”

Those who have a notion about money though would probably consider the close to £200k per match United had to pay for him a big waste.

Obretan’s powerful stride and pace drew him comparisons to Premier League legend Thierry Henry. But when Obretan joined United, it became clear the comparisons could only be made on the surface.

Injuries and poor performances spoiled his stint at United. In fact, he was so bad he scored only three goals in five years for both Manchester United and his next club Newcastle.

Obretan was however gentler to the Glazers’ pockets with £214,285 a game. 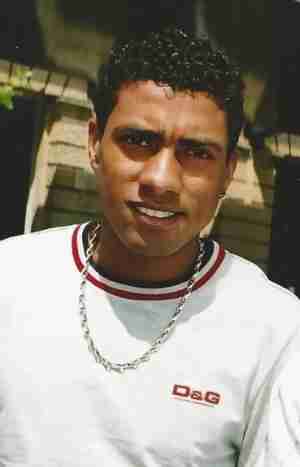 Jose Kleberson was the reason the Red Devils let go of Juan Sebastian Veron. The Brazilian midfielder was dubbed instrumental by Fellipe Scollari in Brazil’s World Cup success before his arrival at the Theatre of Dreams.

High expectations pressed down on him from all sides.

The reality however was Kleberson seemed made of glass. He sustained an injury only on his second appearance and then other injuries restricted him to only 20 matches for Manchester United.

As if letting go of Veron wasn’t hard enough, Alex Ferguson had to swallow another bitter pill. 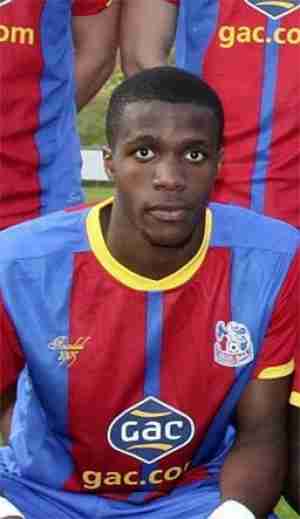 Wilfried Zaha was the last footballer to arrive at Old Trafford during Sir Alex Ferguson’s tenure. He joined the club on 25th January 2013 for £10 million, when he was only 21.

Zaha’s effect on United’s life was miniscule. United loaned him out at once and then again the following season before they sold him two years later. He played in only two matches for United, during which he, interestingly, won a trophy–the Community Shield.

Unfortunately for Zaha, he will be known as a very costly transfer flop, costing the Red Devils half a million per match. 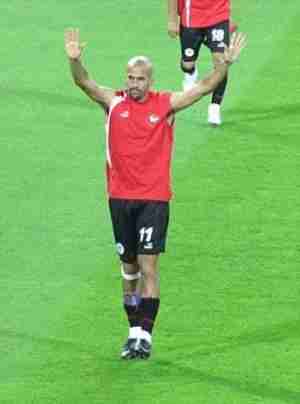 When Veron arrived in England, pundits, fans and managers greeted him with cult-like open-mouthed wide-eyed exaltation. The Argentinean creative dynamo was coming to take over England. He had already triumphed in Italy, with Parma and Lazio, had earned a spot in International Team of the Year, and had donned the medal for most assists in the 1998 World Cup. Nobody doubted the English record-breaking fee of £28.1 million paid for him.

But some players are not cut out for drastic changes.

The quicker tempo of the Premier League left Veron with less space on the pitch than he was used to, and so his first season performance was not up to par. He recovered temporarily in his second season as he played a key role in United’s conquest of the Champions’ League group stage. But before he could climb back up to his former-self, he sustained an injury which kept him out for the rest of the season.

The story ended when United dispatched Veron to Chelsea for £15 million. 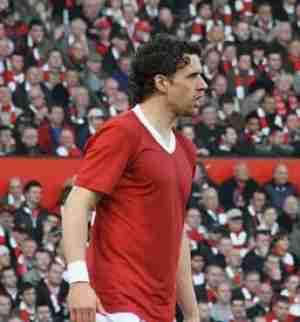 I remember I heard once on TV that Ashley Cole missed a match because he got injured by getting tripped on a piece of furniture. There was a similar joke going around at Manchester addressed at Owen Hargreaves—that he got injured taking his morning shower. They say every joke has truth.

The now-retired Hargreaves was a brilliant player, tireless and talented, but crippling injuries hampered his career.

When he arrived at United from Bayern Munich, Hargreaves had already won the Bundesliga four times, the Champions League and the Intercontinental Cup. On top, he had won the award for England’s best player at the 2006 World Cup.

There were hardly any doubts about the quality United had spent £17 million for. Unfortunately for both sides, his injuries only appeared after his transfer to Old Trafford. Persistent absences from the pitch in the second season stretched to the end of his United career leaving a healthy first season seem like a long-forgotten memory.

Bebe never wanted to become a footballer, yet in the summer of 2010, he joined Manchester United.

As a guy who grew up in an orphanage, he was often ‘forced’ to play football because his friends did it, but he never liked it. He received an invitation to play in the Homeless World Cup as part of his orphanage and ended up scoring 40 goals in six matches.

At first he thought the interest from the Red Devils was a ‘joke’ but soon was sitting on the bench with Alex Ferguson indicating to him to warm up.

Bebe racked up seven matches in England before he moved to his homeland Portugal to play for Benfica.

He cost United close to a hefty £1 million every match he played.

Taibi did not enjoy a jolly good time at Old Trafford. United bought him as a replacement for legendary keeper Peter Schmeichel but used him only four matches, during which he made two costly mistakes and let in five goals against Chelsea.

Taibi cemented himself as one of Premier League’s most iconic goalkeeper blunderers when he let a casual shot by Matt Letissier slip through his crotch.

He cost United a 4-bedroom house in London each game he played. 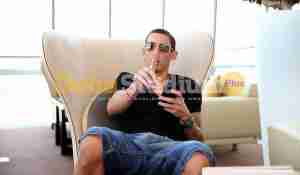 How unfortunate it was for Di Maria to arrive at United merely a year after Ferguson’s retirement. Things might have been different under the Scot rather than under Luis Van Gaal.

United dug deep to break another transfer record with £59.7 million. That amount of money carried the mandatory air of positivity around it. It was a marquee signing. Di Maria was already a Real Madrid star.

After a hopeful start with goals, assists and a few individual awards, Di Maria succumbed to a magical dip in form from which he never recovered in his England career.

Trouble outside the pitch shadowed his misfortunes on it. What [his stay at United] the winger later named ‘a period which I do not wish to remember’ culminated in an attempted burglary at his own house in broad daylight while he and his family were having dinner. Di Maria fled to France soon after, leaving a somewhat unfair legacy of being the most costly transfer flop Manchester United ever had–by a mile.

Just give me 20 minutes of his playtime.

Arsenal and West Ham are set to meet again in the Carabao Cup tonight following their goalless draw last week. Both clubs have taken all the necessary steps to go into the fixture with t...