Boredom was a word missing from the dictionary of Manchester United fans last summer. Those three months stuck in the middle of 2016 were times of recovery from the devastating overdose of a certain Louis van Gaal’s philosophy and exciting transfer activity. While the supporters found rejuvenated hope in Jose Mourinho, Vice-chairman Ed Woodward’s seemingly impulsive transfer move for Paul Pogba left them in a dilemma.

Not many were convinced the former Juventus midfielder was worth £89 million. Even club legend Paul Scholes echoed that sentiment. After all, Pogba was no Messi or Ronaldo – he wasn’t a player who would score 50 goals a season. But he could be what Ronaldo or Messi weren’t. And United knew his potential. 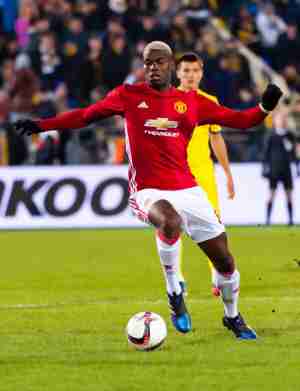 It didn’t turn out to be an easy road however. Mourinho had eleven players, but he didn’t have a team. United huffed and puffed on the back of Zlatan Ibrahimovic to finish in a decent position last season, and Pogba struggled to justify his price tag. With each lackluster performance, Pogba's Facebook wall turned into a volcano of outcries and criticism.

But with the start of the 2016/17 season, supporters saw a different Manchester United: a team that was hungry for points, a team that simmered with passion and aggression. New signings Romelu Lukaku and Nemanja Matic hit the ground running, as United made a habit of destroying opponents - albeit those inhabiting the lower half of the table - in a fashion reminiscent of the days of yore.

At the heart of all this, Pogba.

It took him 15 months and several assists to silence his critics. With improved play-making performance and determination, Pogba has become the pivot of Mourinho’s team. He has turned into a man who dictates offence and does the dirty work in defence, into the creative knit that holds the team together. He has worked his way up to being a captain without an armband.

Pogba took his time to acclimatize to Premier League football, but once he did, he displayed the kind of influence critics failed to predict a year ago.

More: How Mourinho's outsider mentality has shaped his tactics

With him in the team, United averaged three goals and 14.8 chances per game this season. Before his injury, Pogba created more chances than any of his teammates and generated the most passes in the league.

United, quite honestly, haven’t been the same since Pogba was sidelined.

Lukaku, who exploded into the spotlight with 11 goals in his first 10 games, has become a lonely and isolated figure up front following Pogba's hamstring injury.

Without the midfielder, Ander Herrera and Matic have repeatedly failed to find that burst of energy needed to move into spaces and create chances.

Marouane Fellaini may not be among the most popular faces at Old Trafford, but he does end up creating some disturbance and randomness in the play. With him injured as well, Mourinho has sunk into damage-control mode.

Among others, Juan Mata’s presence can be safely written off, and as for Henrikh Mkhitaryan, the mediocrity seems to be more of a psychological issue of not having the French play-maker by his side than a scarcity of talent and skill.

In fact, Pogba’s absence is reflected in United’s stark fall in underlying statistics over the last couple of months. They have averaged 1.6 goals per game and only seven chances in each. Their win percentage in the Premier League has fallen to 57.1 percent - down from 75. From being leaders in early September, United have now fallen behind in the title race, trailing Man City by as many as eight points.

Mourinho has tried not to whine about Pogba, but his words haven’t evoked much confidence. The fact that Lukaku remains the only creative player up front with no support whatsoever – he didn’t get a single touch in Chelsea’s box in United’s last EPL outing – speaks volumes about the amount of responsibility Mourinho assigns to Pogba.

With a busy winter looming over United, Pogba’s timing of recovery and staying fit could prove vital.

Anthony Martial and Marcus Rashford are undoubtedly effective as late substitutes, but they are nothing compared to the man who can waltz around defenders and create magic in the opposition half.

While distressed fans wait in anticipation for the Frenchman’s return against Newcastle, one  wonders whether United is flirting with the thin line that separates reliance from over-reliance on one player, as they did with Ibrahimovic last season. After all, ‘Stop Pogba, stop United’ will be a massive anti-climax to United's stellar start this season.

About Oakley Road The facilities are in keeping with the rural setting of the ground – it has one old wooden stand on one side of the pitch, and strange covered scaffolding terrace behin...