Manchester United have revealed a 27 per cent rise in the club’s debt in their latest financial statement, Mirror reports.

The late Malcom Glazer completed the takeover of United back in 2005, reportedly with the club’s own cash, which left them with a debt of £525 million. United’s current debt  stands lower than the initial figure at £409 million, and this seems likely to change as United expect record revenues this year.

“We are pleased to be competing for the first available trophy of the season when we travel to face Southampton in the EFL Cup final this month.” Executive vice chairman Ed Woodward said.

“The robustness of our business model continues to be reflected in our strong financial results and we remain on track to deliver record revenues this year.

The Red Devils currently have the biggest debt in Europe, ahead of Benfica whose debt stands at £279 million and Inter Milan–£258 million.

Here the seven other clubs that complete the top 10 debt-ridden clubs in Europe:

*It is worth noting that Arsenal are nowhere to be seen in the top 25. 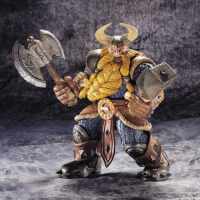 Why let the pesky weather get in the way of your Christmas?  Well in the case of Lewes FC it doesn’t.  We were all very excited in the extended Fuller household at Christm...