Spurs are currently fourth, but should they want to keep Liverpool, Burnley and Arsenal at bay they will have to defy the odds at the Etihad.

Guardiola’s revolution, on the other hand, seems to be going unopposed at the moment. The Citizens have been comfortably beating pretty much everyone in England with Guardiola’s preferred possession-heavy ideology. So in a way, the responsibility for representing English football falls on Spurs for this fixture.

Things are going well for the Light Blues on the injury front. The only notable long-term absence is Benjamin Mendy who underwent surgery to repair his cruciate ligament in his right knee.

Vincent Kompany is on track to returning, but he is not there yet. John Stones is also on the sidelines after pulling his hamstring against Leicester City last month. There are no suspensions in the squad. 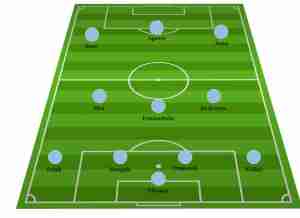 No major movement for Mauricio Pochettino. Those that have been out with injury are still out with the only notable absence due to suspension being summer-signing Davinson Sanchez.

This makes things slightly complicated at the back as Toby Alderweireld is not going to be available until January. In the middle of the park, Victor Wanyama continues to be sidelined with a knee cartilage problem. 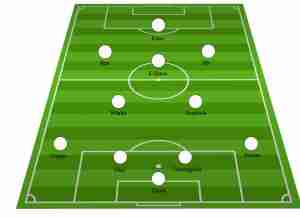 The match will be shown live on BT Sport 1 at 5 pm on Saturday. For those who do not have access to this British broadcaster, those TV channels will also show the game: Diema Sport 2, Sport 24, SuperSport 3 Africa, Canal + Sport 2, BeIN Sport 1, Digi Sport 1, SFR Sport 1, DAZN Europe, Cosmote Sport 1, Viasat Sport Baltic, SPS HD, Futbol 2.

For those who do not have access to any of those channels, you can find a full list of streaming options here.

Headlines should tell a story, but be cunningly cryptic to entice the reader in for more.  Today I had so much to play with, especially as the result was a foregone conclusion.  But this ...