Liverpool is a celebrated club with long and illustrious history. Its popularity first skyrocketed when they dominated football in the 70s. It has continued to do so today.

But who were the footballers who carried those periods of success on their shoulders? Who were the players that captured the hearts of the Liverpool faithful and earned themselves a place at the club as legends or cult heroes? 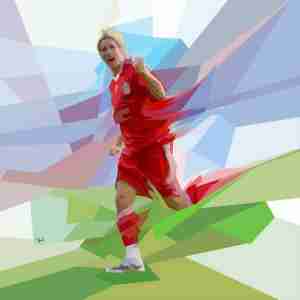 Before becoming Chelsea’s laughing stoke, Torres was a primeval beast with unquenchable thirst for goals at Liverpool. He brought sun from Spain to Anfield with his 65 goals in 102 matches. 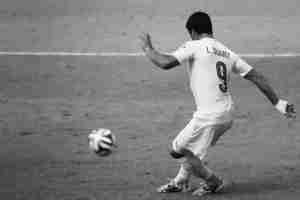 Apart from his teeth being offside, Suarez was a deadly striker. He scored bags of goals and despite doubts whether he used illustrious Liverpool as a trampoline to a better club he was one of the classiest strikers to grace to club.

Camara spent only one year at Anfield. While his nine goals were hardly memorable, he endeared himself with the fans when he scored on the same day his father had died.

A fan favourite of the Kop: ironically nicknamed Zinedine Biscan.

Criticism blighted the initial stages of his career but Biscan reinvented himself under Rafael Benitez and finished his Liverpool career with a Champions League medal.

A tome could be written on Zimbabwean goalkeeper’s antics alone.

Some of his antics were his spaghetti leg wiggle to distract in penalty shoot-out in the 1984 European Cup, dribbling out to the oppositional penalty box because he was bored and being accused of match-fixing. Behind that moustache lurked a violent tongue that sometimes lashed out even at his teammates.

He played over 450 matches for Liverpool. He retired from football at 50.

If you throw a stone at Souness, the stone would break.

He was an old-school no-nonsense midfielder who left a path of bruises to behind him in his career. Despite his large build he also possessed a delicate touch to the ball–it would be a stretch to view that as a soft core: more like a soft cover hiding a diamond-hard core.

With him as a midfield Anchor, Liverpool won 15 trophies. 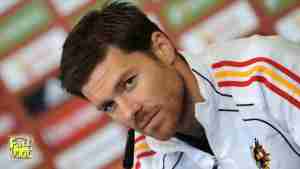 If you want to win the Champions League, buy yourself a world-class holding midfielder who can pass the ball. Xabi Alonso–tick.

One of the better midfielder to brace the club. His sweet and short passes were only matched by his long-ranged shooting. All that made him a favourite at Anfield.

‘Even now I can’t understand how the ball did not go in.’ Shevchenko said about Dudek’s double-save in the Champions League final in which Liverpool famously came back from 3-0 to win.

Dudek sometimes applied Grobbelaar-like distraction tactics and was voted as one of the three best goalkeepers in Europe in 2001.

Back in the late 80s, the superlatives rained on John Barnes: ‘perhaps one of world’s best players’, ‘the best I have ever played with’, etc. Back then, they were well deserved.

But Barnes endeared himself with the Merseyside in the aftermath of the Hillsborough tragedy when he visited casualties in hospital.

Barnes played over 10 years for Liverpool. 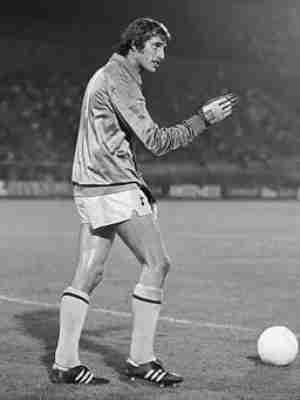 If there was ever a gathering of goalkeepers at Liverpool, Clemence’s chair would have 10-inch supports underneath its legs so he can tower over others. He did anyway: the best goalkeeper to grace the club.

He spent 14 years at Liverpool and played 470 matches.

Hyypia was the first Finish defender to brace the Kop and the first man to disprove the notion that Finland is a birth-factory of Formula One drivers alone.

At his peak, he was considered one of Europe’s best defenders. He played 318 matches at the core of defense in over 10 years at Anfield. 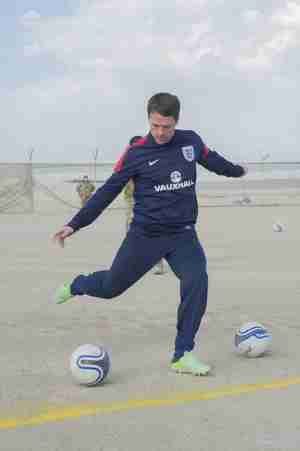 Back in 1998, when teenage Owen did ‘a Maradona’ against Argentina, he became a star overnight. He had the quality to back it up, but he also had the injury-proneness to refute it.

He scored 118 goals in 216 matches for Liverpool, making many people shudder at the thought of ‘what if’ he stayed injury-free during his career.

His 2001 Ballon D’or success hints at an answer. 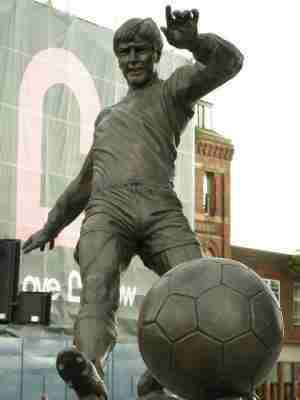 There is a story where the police stopped Bill Shanky and his newest signing Emlyn Hughes and he told them: ‘Don’t you know who I’ve got in this car?’ The policeman peeked in and said ‘Well I don’t recognize him.’ to which Shankly replied: ‘No son, but you will.’

Hughes was the charismatic core of 70s Liverpool. He spent 12 years at Liverpool. 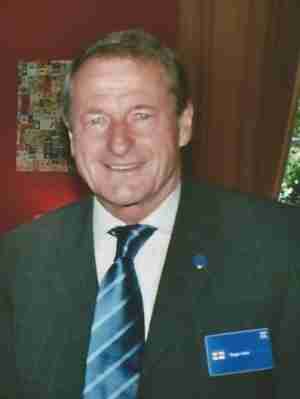 A beast up front: Hunt was part of the England’s World Cup winning squad of 1966 and is second in Liverpool all-time goal scoring list with 285 goals. 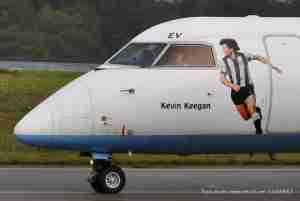 Keegan might have played for lots of other clubs, but he cried every time he heard ‘You will never walk alone.’

Six years at Anfield, he gave his body, mind and soul for the club and won two Ballon D'Ors. He played 230 games and scored 68 goals and was part of one the nation’s finest striking partnerships with John Toshack. 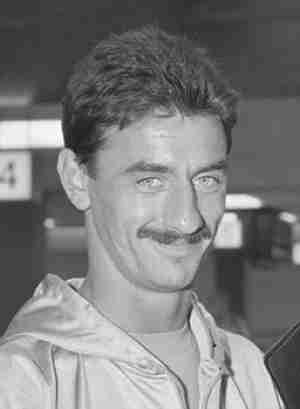 The striker terrified defences in England for over 14 years. He is Liverpool’s all-time top goal scorer with 346 goals, which he scored over two spells interrupted by an unsuccessful spell with Juventus.

In his peak, he formed a deadly partnership with another Liverpool legend, Kenny Dalglish, which led to four consecutive domestic titles and two European Cups. 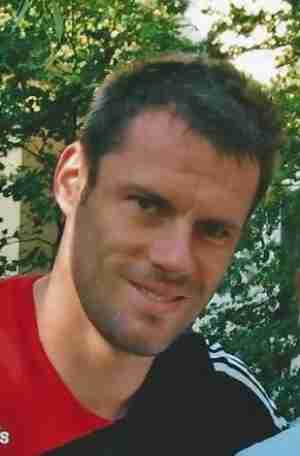 Committed to a fault, Carragher won the Liverpool faithful with his disregard for his own body in tackles. He was a brave and energetic defender that formed water-tight partnership with Sami Hyypia on the way to the Champions League and UEFA Cup triumphs.

He is living life as a Sky Sports pundit.

Kop’s darling was called ‘God’ by the fans. No wonder, like God he often said ‘Let there be a goal.’, and voilla, there was.

Fowler is the sixth all-time Premier League goal scorer. He bagged most of his goals for Liverpool over two spells. He was part of a Liverpool gang including Stan Collymore and Steve Macmanaman known as the Spice Boys who bragged playboy lifestyle. Fowler had the money to back it up as he was also a property magnate. 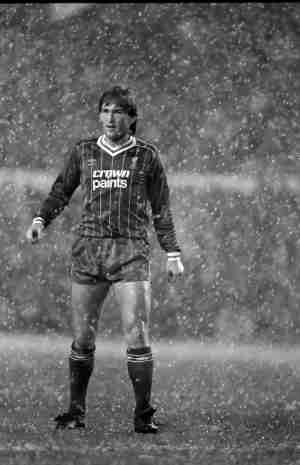 His involvement with Liverpool spans close to 40 years–as manager, player or administrator. He’s had the golden touch in either of those roles.

No wonder then, he is viewed as the embodiment of Liverpool. Dalglish views it differently: ‘No one is bigger than the club.’ That’s why he is loved. 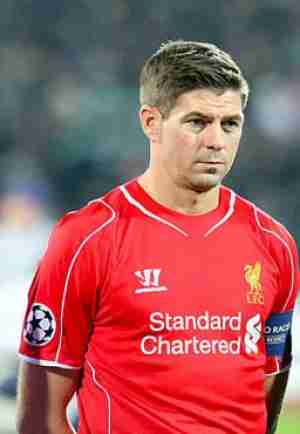 Seventeen years at Liverpool: one of the longest serving players anywhere.

Gerrard endeared to fans not because of the familiarity over his long stay but because of his passion, work ethic, and loyalty to the club. He was the engine orchestrating comebacks–the one against Milan in the Champions League springs to mind.

He moved to the MLS after his departure from Liverpool. It was a shame he didn’t retire there.

The Civil Service and Real Madrid: A mismatch made in Heaven

Today the term the Civil Service is still one that is mocked by comedians and commentators alike as a lapdog for the latest Government. Red tape, bureaucracy and corridors full of greying...