‘We must focus on the next game’ Arsene Wenger likes to say. It comes naturally to compare Claudio Ranieri to Wenger. They come from the same place. Both are the most illustrious managers their respective clubs have ever enjoyed. Both have lived on past glories. Both are ‘good men’. Both have tried hard to turn gazes on the immediate. Endings are potentially different however: one is ruthlessly got rid of, the other stands as untouchable as the Godfather in Part One.

It is amazing, the things happening in the Premier League. One cannot do anything but stare jaw-dropped at the speed the whole thing develops. English football is so shaky, money-oriented and whimsical it’s impossible to know what’s around the corner. But we are quickly learning.

And laughing along the way: to sack the man who has brought you the ONLY title in your 133-year club’s history, the man who has written a fairy-tale story - ‘once in every 5000 years’ the Foxes’ executive chairman said – mid-way through the following season. Reason much? Not that reason provided enough explanation for Leicester’s feats last season, but one wonders, watching all that, who writes this shit? It’s the bomb!

Ranieri's Leicester story keeps on giving after the credits roll. He goes home to share the crazy day he’s had with his wife and she interrupts him to tell him she is leaving him for another man. ‘But, but…’ that’s it, the fairy tale is over, back to reality.

The tragedy of Ranieri’s story is that he is a good manager and a good man stuck in the middle of a shit storm nobody could contain. Perhaps he knew things would not end well – the one requirement for the job: to take the fall for the club.

But tragically, it is not as if his head floated in the colourful year before and a few doubts arise when the players are put under the scrutiny of the same question. It is understood that he had warned his players of his intention to change the tactics in the face of the team becoming too predictable. He was doing the same motivational routine from last season, but perhaps his tactical innovations fell to the deaf ear of players whose capabilities seem too limited to allow such flexibility.

If blame is to be distributed to anyone for this collective mess, it must go in equal amounts to the players and owners. Partly so.

Mitigating to the owners is the fact they closed last season’s book before they formed their objectives for the new one - avoiding relegation. Unfortunately, that’s not the whole story.

They seem guilty of looking for ways to stuff their pockets from the fairy tale bubble. When Chelsea came knocking for Kante, they didn’t think too long before letting him go, underestimating the consequences of pulling the supporting card from underneath Ranieri’s house. 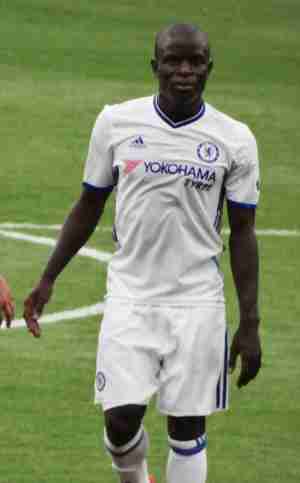 It’s fair to say, too much happened at Leicester in too short of a time. The players have been unrecognizable compared to last season. Not an ounce of the familiar passion, grit and tactical efficiency has remained.

Imagine Jamie Vardy who had been playing non-league football up to a few years prior, suddenly struggling to sift through his mail of interest from bigger clubs, among which Arsenal. Then playing Sevilla, probably thinking ‘Opps, I should’ve caught that train’, his regret to remain revealed in his gutless performances this season.

This grows. None of that same Riyad, Drinkwater and Schmeichel. It’s all too simultaneous, too suspicious. Perhaps Ranieri had lost his grip of the dressing room. Perhaps something had happened for such abrupt decision as sacking him having not even completed the Champions League Round of 16 tie with Sevilla to occur. We might never know.

What we know is Ranieri’s willingness to spice up his tactics revealed his knowledge that hope is a dangerous when based on unrealistic objectives. And let’s not kid ourselves, the only thing Leicester were going to repeat from last season is going back home and watching videos of them lifting the cup. They had built a house of cards and perhaps it collapsed at the slightest wind because too many of their own believed in it. Too many did the ostrich act to actually bring this into reality and build on it. And Ranieri was not among them those.

With the Italian tactician gone, Leicester have placed themselves in a tough spot, having to fight off relegation for the rest of the season without a manager in sight. And for that entertainment, us, the ‘neutrals’, would say cheers, for the Hollywood story which continues to its anticlimax after the credits roll. We get to watch this increasingly too often in the Premier League – a worthy rival to the worlds of American wrestling and cheesy soap operas.

If you liked this article, please let us know by subscribing to our notification system, just click on this sentence.

It’s taken me the best part of two decades to realise that those in the North of England are a funny bunch.  Twenty years of learning to communicate with my In-Laws.  I un...