When I was a kid, I used to collect coins from different countries. Modern day La Liga is much the same: globalised and packed with players from every corner of the planet.

But it wasn’t always like that. The 1940s and 50s were Spanish times, with the occasional appearance of a Hungarian, Argentinean or Brazilian.

And these are just the predators up front. Those are the specialists we dive into here: the finishers, record-breakers, goal machines, those who carved goal-scoring records in stone.

Here are the highest goal scorers in La Liga history:

Suarez was a 25-plus striker – the type that you want play alongside, not against. Suarez' physique was such that, in a world of football not yet familiar with nutrition and enhancing substances, he was like a bodybuilder in a kindergarten.

His 195 goals in 231 matches were great, but unfortunately he was a Basque living under Franco’s rule. This reflected on his goal-scoring numbers.

His ‘official’ career started when he moved to Valencia in 1939. Prior to that he had played for Athletic Bilbao where his goals went straight past the history annals and into the nether. At Valencia, he enjoyed excellent partnerships with Epi, Amadeo and Asensi, helping the club win La Liga three times.

He sustained an amazing 0.84 ratio on average for the next 11 seasons, winning the Pichichi goal-scoring trophy twice and scoring 195 goals in 231 games. 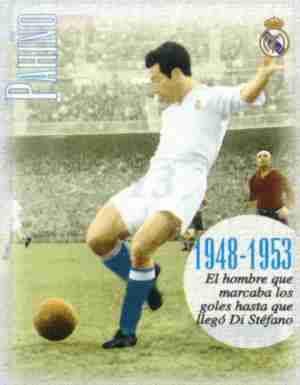 210 goals in 278 matches, Pahino was the quintessential La Liga striker.

His goal-scoring galore started at Celta de Vigo but did not reach its pinnacle until he moved to Real Madrid in 1948. There he would cement his place up front, regularly netting 15 times or more a season. Until Alfredo Di Stefano.

When the Argentinean arrived from Milionarios in 1953, Pahino’s face probably aqcuiried an elongated look due to the lack of pitch time. Unable to get out of Di Stefano’s shadow, Fernandez sought his fortunes elsewhere. His thirst for goals, however, never dried out until his retirement.

Regular chops, head butts and elbows to the face – this was the standard for 1940s and 50s Spanish football. Pahino wouldn’t have been Pahino if he didn’t have the necessary physique to survive in a world like that.

He once played with a fractured fibula for over 40 minutes. This. Takes. Balls.

Quini might have been much further up the list if he wasn’t kidnapped in 1981. By the time that happened, he had already scored over 300 goals in all competitions. After, his goal-scoring ratio dropped to just one in four games.

His career started in Ensidesa, but he made his name at Sporting Gijon where he would amass 214 goals in 381 matches. In 1980, he moved to Barcelona, only to get kidnapped by two men following a double against Hercules. Confined for 25 days, Quini emerged a changed man upon his rescue. 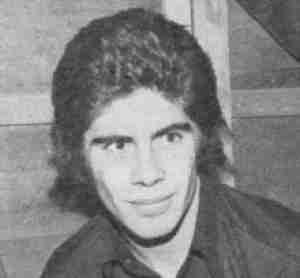 Rodriguez owes his goal-scoring record to his consistency over two decades of football. To say he was extraordinary in the mould of Lionel Messi would be wrong, but he consistently bagged 15-plus goals and remained relatively injury free throughout his career.

He spent his most successful years at Barcelona between 1939 and ’55, where he won the La Liga five times under the Real Madrid-propagated regime of Franco.

Before Maradona and Messi, Alfredo Di Stefano was the undisputed king of Argentinean football.

He spent half of his career in the La Liga, plying his trade at Real Madrid and Espanyol, but that was enough to secure him the No.6 position in the all-time goal-scoring charts of the competition.

Renowned for his prowess in front of goal, Di Stefano set records which towered over mortals in the day. He scored 47 in 58 games in the 1956-57 season.

During his Real Madrid years, he formed a furious partnership with Ferenc Puskas to which Real Madrid owes its current status of the world’s most successful club. He won eight La Liga titles and five European Cup championships.

A through-and-through Real Madrid man, Raul spent his football life at Stadio Bernabeu. This was not down to any generosity from the club’s coaches, but because of his amazing efficiency in beating the keepers.

If anyone threatened to break Di Stefano’s amazing 48 goals in one season in the pre-Ronaldo-Messi era, Mexican striker Hugo Sanchez was the man.

Sanchez scored over 40 goals on two occasions and came very close to that number on two more instances.

He joined Atletico Madrid from San Diego Stockers in 1981. But only after his move across the barrier to rivals Real Madrid in 1985, it became apparent that a goal-hungry monster was lurking inside the Mexican. Sanchez scored 29 goals for the White Ballet in his first season. That figure rose progressively in the following campaigns if we are to exclude his last two years.

Renowned for his spectacular kicks and volleys, Sanchez is known as the father of the ‘scorpion kick’, regularly practicing the move in training. Unfortunately, he never executed it in a match. 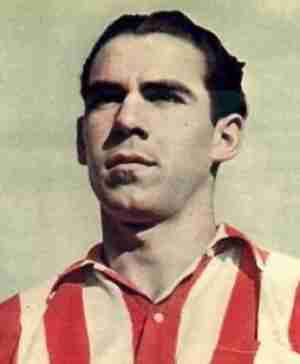 Zarra’s career may fall a bit short of wonders like Ronaldo and Messi, but he was a loyal Athletic Bilbao forward who produced the goods when it mattered.

The introverted forward’s traits were not as eye-grabbing as Ronaldo’s fancy skill moves or Messi’s dazzling slaloms, but he consistently scored goals, and that’s all that mattered. Renowned for his heading ability, Zarra had another ace in his sleeve – his tremendous physical strength – which allowed him to headmaster defences.

Over 18 years, Zarra regularly bagged 20-plus goals on average when healthy. He scored 46 goals in a single season – a record which took Alfredo Di Stefano to break. He delivered in almost every final Athletic Bilbao reached, helping them win the double in 1943 and the Copa del Rey on four more occasions.

His record of 251 La Liga goals stood for over 59 years until it was broken by Messi in 2014. His record in the Copa del Rey, however, looks as unreachable to today’s world best as Everest to people back 200 years ago – 81 goals.

Maybe his rivalry with Lionel Messi is the fuel for Ronaldo’s amazing drive to become and stay the best, but what we know for sure is he has broken near every football record he’s faced and he shows no signs of slowing down.

Ronaldo is the only player on this list with 1.06 goals-per-game ratio. He’s netted the ball 287 times in 271 matches, in the La Liga alone.

Alfredo Di Stefano lived just long enough to see his record of 48 goals in one season fall not once but four times at the hands of Ronaldo. Regularly a 40-plus forward since joining La Liga, the Portuguese is breathing down the neck of Lionel Messi on the La Liga goal-scoring annals, but the Argentinean has had the advantage of five additional years of game time.

He hasn’t played for another club or in another league; hasn’t succeeded with Argentina: whatever the critics are saying, his statistics are enough to make the head of even the hardest of them all spin.

I tire easily about using superlatives as they describe little, but Messi leaves little other choice. He has set such standards number-wise that it’s hard to believe anyone would ever come up to surpass them. The only one that comes close is Ronaldo, but Messi has the vantage point of being two years younger.

These are amazing feats as they stand. But with Messi still aged 30, they look destined to attain eternal proportions.

Manchester City star Kevin De Bruyne reckons City are on the right track to challenge for trophies in the following seasons if the team keeps the current work rate under Pep Guardiola. T...