Is Alli being used as a bargaining chip to bring Coutinho to Barcelona?

According to publication, Messi is worried about the multiplying symptoms of Andres Iniesta’s advancing age and is on the opinion that Dele Alli, 21, has what it takes to partner him in the centre of the park for years to come.

The diminutive Argentinean has reportedly also given the nod to the much-rumoured transfer of Philippe Coutinho from Liverpool, and by the look of it, Messi seems to be thinking about the the Premier League a lot.

Even if Messi is harbouring such ideas, it looks like he has decided to bring the Premier League to him instead. His main concern, according to Dario Gol, is Iniesta’s increasing inability to play the full 90 minutes. The Spanish maestro has been responsible for Barcelona’s domination for nearly a decade, and Messi knows he has been the main beneficiary of the midfield magician. 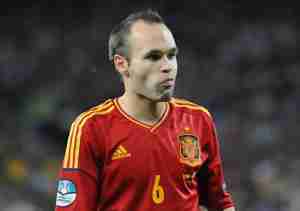 But with Iniesta turning 34 in May, Messi and Barcelona have braced themselves to find the next best thing available, and that just might be Alli.

Despite having not rediscovered his goal-scoring mojo from last season, Alli has contributed with nine assists and eight goals in 26 matches this campaign. Alli has been particularly impressive in the Champions League as Spurs’ play Juventus in the Round of 16 in February.

What might have impressed Messi in particular is Alli’s brace in the 3-1 demolition of Real Madrid at White Hart Lane in November.

With their main target Philippe Coutinho reportedly evaluated by Liverpool at £160 million, Alli would come some £60 million cheaper, and this seems like a good bargaining chip, to say the least, in dropping Coutinho’s price.

Such potential deal, however, is further complicated by a host of other elite clubs interested in Alli, among which Real Madrid, Manchester United and PSG.

Whether this is part of transfer machinations on a grander scale to bring Coutinho to Camp Nou, it remains to be seen. What is obvious is that Alli edges closer to world stardom, only two years after joining Tottenham from third-tier MK Dons.

His current contract with the North London club expires in 2022.

Wenger: Arsenal is not yet ready for Champions League success

Arsene Wenger has admitted in an intriguing interview for BT Sport that despite wanting to win the Champions League and Europa League, Arsenal are not yet ready for such a feat. Wenger c...