Share
Tweet
Share
Pins
Share
Like
There comes a point in life when you just need to give up on something.  It doesn’t matter how many times you repair the holes in your lucky pants, you are simply kidding yourself – they aren’t fit for purpose.  The late, great Roger Lloyd-Pack in his famous role as Trigger once said he had used the same broom for 25 years, albeit that in that period he had replaced the handle 1o times and the brushes even more.  Tonight Lewes travel north of the Thames for the fifth time of asking to take on Grays Athletic in the Ryman Premier League.  The teams were due to meet back in early November, then again in December, January and finally last night.  As the rain started to fall around lunchtime today we all looked skywards.  Someone up there simply didn’t want this game to ever take place. If it was cancelled a sixth time apparently both teams got a crystal decanter from the Isthmian League. 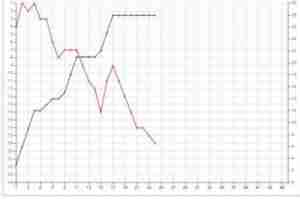 Grays, more than any other team in our division, have suffered during the past few months of poor weather.  The problem they have is that they share facilities with Aveley at Mill Field, possibly the most exposed football ground in England which means the slightest bit of rain and the ground is waterlogged.  Whilst they sit just above the relegation zone, they have played a whopping nine games less than the leaders Dulwich Hamlet and could still conceivably make a push for the play-offs, although having a minimum of three games per week from now until the end of the season could be a tall order for a squad of their size not to mention the lost revenue from these home games. Just 12 months ago life looked so different for the club.  After  falling down from their Conference Premier league pomp, and finding themselves homeless, the club were hurtling towards promotion in the Ryman Premier North, playing at somewhere they could call home at the former ground of Ford United at Rush Green.  Whilst it was a fair few miles away from their roots, it seemed to be somewhere that could be developed.  Promotion was secured in the summer and then West Ham, being that generous community club that they are, decided to re-appropriate the ground at Rush Green to use for their Development Team, despite the promises made to Grays and the money they had spent to improve the facilities that had been neglected. 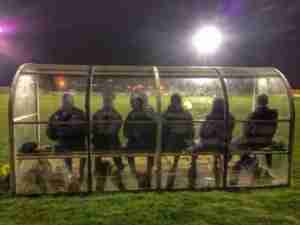 Grays went into this season with a groundshare with Aveley and for the first few games continued their promotion form, topping the table in September before their alarming slide down the table.  Without a game for many weeks, the club did at least have the Ryman League cup run to fall back on which saw them ease into the semi-finals with wins against their landlords and then Chatham Town where Maidstone waited.  Alas, any hopes of further glory were destroyed on the fantastic plastic at The Gallagher as the Stones ran out 6-0 winners on Tuesday night. So what sort of team would The Rooks find when they made the trip across the Thames?I wish them well for the rest of the season of course but for tonight, Matthew, I’d like them to be tired and demoralised. Grays Athletic 4 Lewes 2 – Mill Field – Thursday 27th February 2014 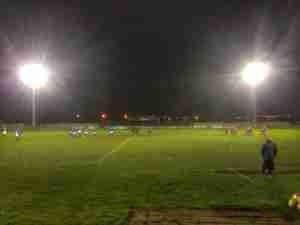 Alas Grays were neither tired nor demoralised.  In fact they were positively flying as they dominated the first hour of this game.  This wasn’t in the game plan as we arrived at Mill Field, one of the biggest grounds in English football.  The footprint of the ground is huge, with a good 25 yards between the edge of the stands and the actual touch-line.  Lewes tried to use the full width of the pitch, soon realising that it was almost as wide as it was long whilst Grays simply played the ball straight through the middle with better effect.  1-0. 2-0 (break for a cup of lovely soup in the board room) 3-0…it wasn’t going to be our night.  Grays could even afford to field 37 year old Leroy Griffiths for the third time (only his 16th club of his long career), albeit sporting the cardinal footballing sin of a short-sleeve shirt and gloves. I’m not going to mention that first fifty minutes anymore, suffice to say that the soup was the stand-out highlight!  However, we did win that last forty minutes 2-1, and that’s what matters.  Something clicked when we went 3-0 down and we sprung into life with Luke Blewden converting the best (and hardest) change he had of the evening and Jack Dixon scoring again.  Thirty minutes to play and we had Grays on the ropes.  Even Cynical Dave was on the phone to his bookie putting his ‘baccy money on a draw. Alas it was not to be.  Lewes huffed and puffed around the goal but found the Grays keeper in great form.  Our two month unbeaten run had come to an end.  With games against the top two coming in the next five days it was hardly the best preparation.  But that’s why we love football.  The unpredictability, the drama, the excitement, the chance to visit such places as Aveley on a Thursday night in February.  Football was once again the winner.
Share
Tweet
Share
Pins
Share
Like

A trip to Cheshunt in Hertfordshire for an FA Cup game should have given me plenty of scope to think up a headline or two but I struggled for hours as to what I should call this.  Co...