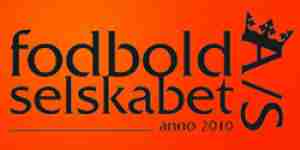 As you dear readers will know, a few weeks ago we popped down to the Keith Tuckey Stadium to take in a game at one of the most newsworthy sides in the Non Leagues, namely, Croydon Athletic.  Unless you have been living in Ignorance, Texas then you will have seen the recent take over of the club by a Danish organisation called Fodboldselskabet A/S.My superb Danish skills can tell you that the literal translation is Soccer Company. And that is essentially what they are.  A limited company formed to invest and run a football club.  Many questioned their potential involvement in English football, so we went round the corner from TBIR’s Copenhagen office to speak to Morten Madsen, Communications Manager for the club and ask him Vad är poängen? What are the general aims of Fodboldselskabet A/S The aim of Fodboldselskabet A/S is, according to our articles of association, to own and run an English football club no later than 2013. I think it’s safe to say that we’ve managed that! 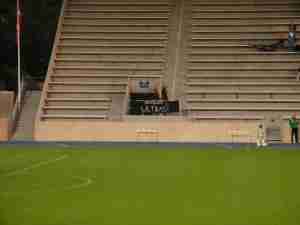 Why have you chosen to invest in the non leagues in England? Are there not any similar opportunities in Denmark? That is a mix of availability, our financial options and an interesting club that we can help develop on and off the pitch. We’re not in this project to pour neverending big numbered checks into the club. Instead we’re going to work hard in cooperation with the fans, the manager and the management in the club to ensure growth through economical responsibility, and hopefully secure a rise through the ranks of the leagues – not that we’re in a rush to do so. It must be done properly. Regarding the opportunities in Denmark for a project like this, they don’t exist. It is really hard to explain, but most sports clubs in Denmark are formed as associations, and the clubs will generally have a wide presentation of sports such as handball, badminton, athletics, gymnastics etc. Therefore the clubs are not seen as businesses, but as associations that offers the local population an opportunity to play a lot of different sports. Why didn’t the attempted take over at Chester City work out? Well, the council estimated that the fan clubs (CFUs) idea was the best way to go and decided to go with that. We put in our best effort and had the best intentions for the club, the fans and the local community, but that wasn’t enough. We have to accept that, and we of course wish Chester and the fan club the best of luck. During that process, we of course also made some mistakes and there’s no need to deny that, but what is important is that we’ve learned from these mistakes. Now we’re in Croydon Athletic and the clubs got our full attention. 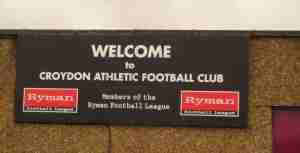 Did you look at any other clubs before Croydon? And is this the end of your ambitions in terms of investment into English football? Before Croydon we looked at several clubs. However, none of them presented the same opportunity as Croydon, which we believe offers great opportunities and potential for economical development, local cooperation and just the right gut feeling. Why Croydon? And why only a 51% share? Well, the reason we did choose Croydon Athletic I just stated above. The possibility to cooperate with Mazahr regarding the clubs future was a great opportunity. You have to remember that he’s invested a lot in the club and has already got the knowledge of the club, of the fans and of the non league system, that we would have had to use a lot of time to acquire. If you ask me, the cooperation with Mazahr is the perfect opportunity for Fodboldselskabet. Did you start the process before the Pakistani match fixing allegations break in the press? What impact did this have on your decision making? We entered the takeover negotiations with open eyes. That means that we were aware of the match fixing allegations but also that Mazahr has been completely honest with us regarding those allegations. What can fans expect from your involvement on and off the pitch? The fans can expect commitment, professionalism and honesty. As I’ve mentioned earlier, our key focus is on economics. We’re not going to jeopardize the club and the economics in the search for rapid promotion. As you’ve seen in many other clubs, success on the pitch does not guarantee economical success. Economical success however, can be the base for success on the pitch. 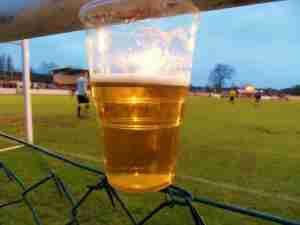 Bacon rolls are famous non league snacks yet few clubs get it right. The Danes produce the best bacon in the world so can you re-assure fans you will try and bring a real taste of Denmark to South London? I don’t really think we’ve got any of the best bacon left in Denmark. Most of it is actually exported – I know you benefit from that in England. To be honest I was actually looking forward to fish and chips and a mince pie. (We will settle for a Carlsberg then – ED) How is Fodboldselskabet A/S funded? Is the principal the same as the “Myfootballclub.com” concept here in England? I’m really not to acquainted with Myfootballclub.com, but the participants had a vote for the match squad as long as they paid a monthly fee or so, yea? Fodboldselskabet A/S is a PLC, and the shareholders only influence is to elect the board of directors. The team selection is the responsibility of Dave Garland, Bob Langford and the team. The dealings on the pitch we’ll leave to the players. How do you want to be seen in England and Denmark? We want to be seen as what we are. Football interested people with a particular interest in English football and football culture. Besides that, we want to listen to ensure a close cooperation between Croydon Athletic, the fans and the local community, and that is an area that we’re working really hard on. We believe in a symbiotic relationship between the club, fans and local community as a starting point for long term success. 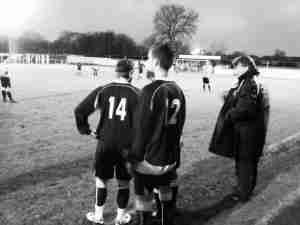 What sort of players in terms of level of skill and capability do you think you will bring to Denmark, and where will they come from? Bringing players from Croydon Athletic to Denmark is not part of our plan, but the other way we hope to bring young Danish talent, that has the necessary skill and commitment to play for the Rams. First of all we’ll see how Lasse Weber and Stefan Rasmussen cope, and then we’ll see if other options emerges later on, and then we’ll make a decision in cooperation with the gaffers.. How will you determine whether the project has been a success? Our first priority is to ensure a sound economical plan and to avoid relegation in this season. The completion of a healthy economical plan takes first priority, but we understand that these two priorities influences each other. However, with the recent signings of players, and when the two Danish signings reach full match form, we are confident that we’ll be placed well above the relegation zone at the end of the season. What is your impression of football at Croydon’s level? Did you see many games before you came to a decision to buy a stake in the club? We didn’t see that many games before the decision was made. As I’ve stated before, our main reason for purchasing the stake in Croydon was the potential in the club. Prior to the purchase, we obviously investigated heavily into the possibilities for the current season and whether the potential to ensure finishing above the relegation zone existed. How have the first few months been in charge? What have been your first impressions of the club, the league and English football? 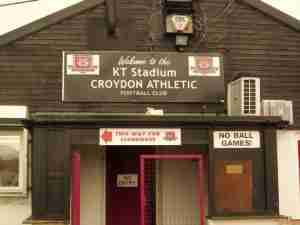 The first few months have been quite a ride. We met a lot of positive comments from people in Denmark and there’s been quite a bit of press attention. Besides we were very disappointed that the first few matches were cancelled due to weather conditions, but with the momentum we’ve picked up in the last few games we’re really looking forward to the rest of the season. We’ve also planned a trip for the shareholders to come and watch a home game, which we think will have a large support among our shareholders. A few has already been at Keith Tucket for a game. Was you surprised how cold it got in Croydon before Christmas compared to Denmark? I guess you could say that. We had a lot of snow in Denmark as well, and I think we all just thought that England was all about rain and no snow. Foreign club owners have got bad press in England. What can you do to improve this view? We’re definitely not in this because we lack a toy to spend millions of pounds on. Most of us have followed the Premier League and the Championship and before that the Football League, the FA Cup and the League Cup. I think most of us – at least that’s how I feel – are impressed by the raw sincerity and commitment that exists in English football. But we’re in this because of our interest in English football and the culture in particular and I think that’s going to be the major difference – This is not a prestige project but a result of our long term interest in English football. Accepting the tongue in cheek when setting the ambition at Champions League trophy in 2019 which incidently would require 6 promotions in 8 years, isn’t it still either somewhat naïve to the current levels of the conferences to have a target of 2-3 promotions in 5 years or can we expect significant further investments in players and supporting staff? It might be a bit too optimistic as we need to develop the club economically simultaneously. But we believe that there’s a lot of unexploited potential in Croydon Athletic FC, and I guess only time will tell whether it’s naive to target 2-3 promotions in 5 years time. First of all though, we’ll need to secure the club from the relegation zone. 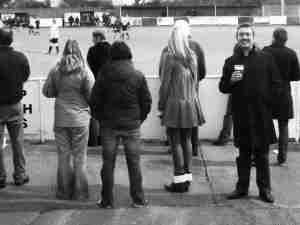 Croydon will be a club where football fans own 51% of the shares. Will that lead to initiatives trying to focus more on the fans enjoyment of the club than on the financial returns? If no, how then will Croydon differ from all the other clubs and if yes, how will this be turned into an advantage trying to progress through the leagues? We are working with several ideas to strengthen the relationship with the fans, and that is really important to us. Our shareholders are football fans and we’re going to act like football fans and focus on how to improve the fans and the local communities experience with the club, without losing our focus on a economically healthy business. Many thanks Morten for taking the time to answer our questions, honestly and as candidly as possible.  I am sure that a number of clubs, as well as fans will be looking on with interest to see how the partnership works, and of course, good luck for the rest of the season and we all hope that Croydon Athletic will next season still be in the Ryman Premier League.
Share
Tweet
Share
Pins
Share
Like

The slings and arrows of outrageous fortune

Today, Lewes faced possibly their biggest test of the season. Yep, we said that before we travelled to Maidstone United in the pouring rain, and again when we faced the wrath of Wealdston...