Victory has a thousands fathers 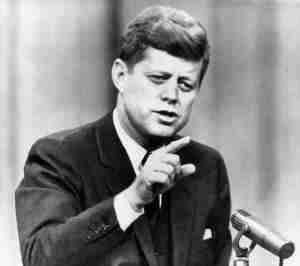 The immortal words of JFK, who was killed 50 years ago next week sum up the feelings around the Dripping Pan this week.  Today marks a welcome return to Saturday football for Lewes FC.  It’s been three weeks since we saw such action thanks to our elimination of both national cup competitions and a postponement all too quickly last weekend at Grays Athletic.  We’ve had some midweek action in that period, with one of the worst refereeing performances ever recorded on Tuesday night away to Bury Town seeing us fall to a 97th minute goal. But the mark of a great team is how they bounce back.  As the 35th President of the United States of America, John F. Kennedy was immortalised not for his good work as the most powerful man in the world, but rather by his public and contraversial death.  However, whilst he was in office, he was the king of the one liners that are still used today to motivational effect. “Efforts and courage are not enough without purpose and direction” Since we were last here, beating Margate back in October, everyone at the top of the table have been busy having their apple cart’s upset, including the visitors at The Pan today, Lowestoft Town, who bizarrely lost 2-0 at home to Cray Wanderers last Saturday.  Lewes’s next visitors at The Pan on Wednesday had just two wins prior to their visit to Suffolk last week and had conceded on average over 3 1/2 goals a game.  AFC Hornchurch’s home defeat to Harrow and Maidstone’s home point against Leiston are further proof that no-one wants to win this league. After the most pointless international break in the season, once again this was the opportunity for the half a million or so Premier League and Championship fans to get down to their local club.  The annual Non-League Day campaign is a great success on the international break in September, but this is actually the fourth such break so far this season.  So what impact has these enforced breaks have on Non-League attendances? 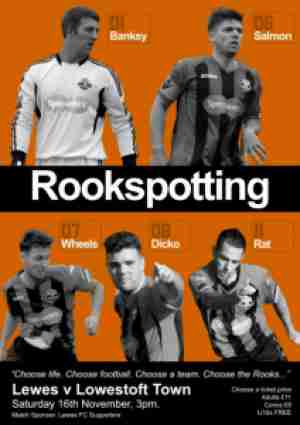 Let’s start with Non-League day in September.  The total attendances in the Ryman Premier on the 7th September was 5,540, an average of 461.  The biggest attendance was Lewes v Met Police at 788 and the lowest at Thamesmead v Wingate where just 64 came through the gate.  The Lewes one was interesting and Met Police only appeared to bring 5 fans.  The two Saturday attendances either side of this was versus Canvey Island (532) and Margate (570).  Our average league attendance is 547 so you could say that Non-League day was a success at The Dripping Pan.  Our visitors today, Lowestoft Town, average 504.  On the two international break weekends they have played this season they saw 585 and 500 come through the gates of the New Meadow.  Margate, also at home on two of the three dates had 491 and 401 respectively against their average gate of 427.  In both the Lowestoft and Margate cases, the former attendance was on Non-League Day. So, we can deduce that Non-League Day worked at our level.  National press coverage and promotions saw new fans boost attendances to Non-League clubs  by over 15% in all three cases.  But looking at the October date, the attendances actually fell on average.  Why?  Because Premier League Championship fans don’t like the freedom of a Non-League game?  Being able to have a beer on the terraces?  Paying a third of the average cost of a Premier League seat? Being able to stand, sit, sing and shout what you want?  I genuinely do not know.  Perhaps attendances today will give us more of a guide into the mentality of these floating fans. If there is one set of Ryman fans I feel for it is Lowestoft Town.  Their rise through the leagues in the past few seasons has been impressive, but it seems that the Ryman Premier is one step too far to breach.  Three successive Play-off final defeats where they have lost by the odd goal to Tonbridge Angels, AFC Hornchurch and Concord Rangers, the last two at the death.  Crowds are down at Crown Meadow, and has been a matter of debate in recent weeks on the Trawler Boys forum.  Some of their away travel, including today’s trip to Lewes, involve longer journeys than it takes most people to travel on their summer holidays.  Their form so far this season suggests that their annual play-off appearance may be off the menu too although a win today would see them leapfrog the Rooks. Lewes 0 Lowestoft Town 2 – The Dripping Pan – Saturday 16th November 2013 Well that didn’t go according to plan did it?  Lewes simply failed to build any momentum in the game, and were caught out twice in the second half by a more determined Lowestoft Town side, who could also afford to miss a second half penalty.  However, few of the 706 fans who saw this game will remember this game for the performance of one man.  The referee.  It is all too easy to blame a defeat on the officials, who have a hard enough job as it is, but that’s not the case today.  Lowestoft were the better team, hands down, but this game as a spectacle was killed by constant whistling and bizarre decisions by an official who seemed way out of his depth. 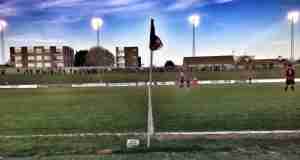 In the first half we saw a Lewes cross hit a Lowestoft hand (“ball to hand”) and seen by everyone in the ground.  Penalty? Corner! Nope, goal kick.  A few minutes later a similar incident saw a corner given when no Lowestoft player was near the final touch.  During the game the Lowestoft keeper kept kicking from his hands, but carrying the ball outside the box as he did.  “LINO!” came the shout after the first couple of occasions, yet not once did he pick up on the offence. Even the Lowestoft bench saw it and sent messages to the keeper not to do it. But the icing on the cake was a 21-man brawl in the second half.  Lewes broke out of defence, a player from each side fell to ground and appeared to “tangle” on the floor.  The ball was played behind the Lowestoft back four and Lewes were away.  But the referee, having waiting a good 5 seconds after seeing the incident on the floor, blew his whistle to sort out the mess.  He then decided to restart the game with a contested drop ball, irrespective of the fact Lewes had been in an attacking situation and in possession of the ball.  From the restart the ball bounced about a bit, a Lowestoft player kneed Nathan Crabb and all hell broke loose.  The officials simply had no idea how to restore order and it was left to the players to “police” themselves.  The result was yellow cards for four players, including a second yellow for Crabb.  But one bizarre fact remained.  We all thought the Lowestoft number 4, Adam Fisk, had been booked in the first half.  Yet before the referee had asked everyone what happened, Fisk had run over to the bench and put the number 20 shirt on.  The referee then appeared to book the number 20, Fisk.  That sums up his performance all afternoon. The first half saw little to write home about, with Lewes perhaps just shading it, but come the second half it was Lowestoft who made The Rooks pay for some sloppy play with goals from Manny Osei in the 50th minute and then Robert Eagle who took advantage of a mis-timed overhead kick from a team mate to head home.  In between Rikki Banks had saved a poorly taken penalty. 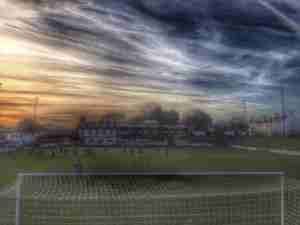 The highlights of the afternoon were the fact over 700 had taken advantage of the lack of Premier League and Championship fixtures, and the outstanding red and purple sunset.  That means on the three instances where there had been an international break this season, we had had two crowds over 700, and one over 1,100 (which was an FA Cup game versus higher league opposition).  So the lack of higher league football was certainly helping our attendances.  It’s just a shame that we hadn’t been able to give those extra fans a victory to take home.  But all teams are entitled to a bad day in the office.  Let’s move on and concentrate on Wednesday’s visit of Cray Wanderers. The last word on the day has to belong to John Fitzgerald Kennedy. ““…but defeat is an orphan”
Share
Tweet
Share
Pins
Share
Like

Who was better: Lampard, Gerrard or Scholes?