Britain’s love affair with “football” started as early as the 12th century.

William FitzStephen recorded in 1170: “after dinner all the youths of the city go out into the fields for the very popular game of ball.” He also noted that every trade had its own football team.

Similar to the modern American version, the name “football” gave little justice to the old game.

They named it Ball or Gameball.

It took place in the open country, but sometimes in towns and villages–not the preferred choice as the violent nature of the game caused too much commotion and property damage.

Fair to say, with no discernible rules the game resembled a skirmish where wrestling, punching, kicking, and even stabbings were normal occurrences. Deaths would sometimes happen due to the riotous nature of the game.

Up to 500 people on each side battled in the wide spaces between the “Goals” set miles apart.

Even with the dangers involved, the game was popular:

“Henry, son of William de Ellington, while playing at ball ran against David and received an accidental wound from David's knife of which he died on the following Friday.”

Women had a somewhat less violent version too. They split into teams, married on ones side and unmarried–on the other.

As the root game gathered momentum amongst the population, it did meet serious opposition from monarchs.

King Edward II worried it reduced the energy of his soldiers and tried to ban it in 1314.

He wanted his soldiers to practice their military skills instead of playing as he feared that the impact football was having on his archers in particular would devastate the monarchy’s ability to fight in wars.

Amidst plans to invade Scotland, his father Edward III also kept the ban.

Other monarchs also opposed the game. Edward IV introduced a law in 1477 ordering: “no person shall practise any unlawful games such as dice, quoits, football and such games, but that every strong and able-bodied person shall practise with bow for the reason that the national defence depends upon such bowmen.”

Young men rebelled against the prohibition as the monarchs sought to fine and arrest anyone who they caught playing. Football enjoyed strong support in intellectual circles too.

Richard Mulcaster, the inventor of lexicography, claimed: “strengthens and brawns the whole body, and by provoking superfluities downward, it discharges the head, and upper parts, it is good for the bowels, and to drive the stone and gravel from both the bladder and kidneys.”

Despite heavy opposition, football won the hearts of the young men, gaining more and more momentum in medieval Britain. 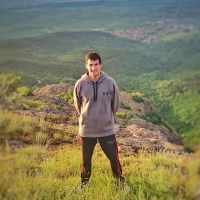 Marco Asensio has issued an ultimatum to Real Madrid president Florentino Perez, according to Don Balon. It is understood he has asked Perez to talk to Zidane in bid to get more playing ...