It is hardly a secret that Real Madrid manager Zinedine Zidane is an admirer of Eden Hazard. The White Ballet has been chasing the potential Galactico for almost two years now with stories of Hazard moving to Madrid multiplying by the day.

The thing is, if this happens, it could set the ground for a transfer war in the summer which could see a number of big-name players switch clubs.

Dario Gol reports that Hazard and Zidane are on excellent speaking terms and keep in touch often via WhatsApp. And this is bad news for Antonio Conte following a relatively dry summer in the transfer market for the Blues.

Replacing Hazard would be a tough task indeed, but it is not entirely impossible.

Chelsea may not need to look further than Madrid as they have been known to be interested in rising star Marco Asensio. The soil  is well prepared for a tasty player-plus-cash swap deal in the summer in which Madrid could pay extra to get Hazard while Asensio goes the opposite direction in bid to fill the hole left by the Belgian.

Whether Conte would be happy about such a deal is an entirely different matter. What we know is Zidane doesn’t seem to value Asensio enough to give him a regular run of first-team football, while bringing in Hazard could also help the French manager alleviate the worries of potentially losing Cristiano Ronaldo.

In the event that Conte deems Asensio insufficient to fill the shoes of Hazard, he may look to Arsenal’s Mesut Ozil and this could trigger a number of other events.

There is a slight question over whether the German deserves to be paid the £300,000-plus a week he wants, but on the surface a prime-Ozil is a must-have for any club, including Chelsea. 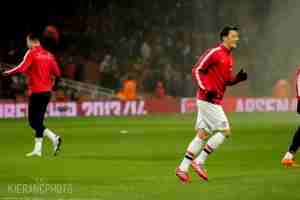 With the recent appointment of Raul Sanllehi, Arsenal have set the wheel in motion in bid to deal with the possibility of losing both Ozil and Alexis Sanchez, perhaps by opting to find replacements rather than tying their star-men down with new contracts.

So should Ozil go to Chelsea, the Gunners could be set for a Julian Draxler deal with PSG. The problem is: while Draxler has not completely ruled out leaving Paris in the future; he is unwilling to move that soon after joining the French giants. So Arsenal could be left in the dry here. The good thing is that they have some other options, albeit expensive ones, in Monaco's Thomas Lemar.

Basically, If Hazard moves to Real Madrid, a number of clubs could be left in a stand-off situation about losing star players before finding replacements. Who would blink first? We could be in for a very interesting summer transfer window.

More: Willian insists he is happy at Chelsea amidst Man Utd links

About Cressing Road Stadium Basic it may be, but it is more than adequate for “the Iron”. One single covered stand runs three quarters of the length of the pitch, and covered terraces op...