Has the Premier League forgotten its hard men?

Football is tender mix of generations. It’s what adds to its universal quality.

Watching from the stands, the older generation of football supporters would grumble at the soft football nowadays. They would remember watching men of teeth and bone like Ron Harris, Graeme Souness and Terry Butcher. Younger supporters would agree but would add Jaap Stam, Roy Keane, Sol Campbell and Patrick Vieira to the mix. The youngest of them all would be too busy opening FIFA packs on their Playstation.

The Premier League has become a tavern for travelling European tacticians. Some have stayed and have become integrated into the English game. Others just pass through. This has made the Premier League a testing ground for footballing ideas. As new ideas enter, the old ones change or disappear. The zeitgeist of English football changes. One in particular has been banished: hard-tackling football. Hence the questions: Has football lost from becoming too technical? And if so what has it lost from it?

What those earlier names had in common was their uncompromising stance. Their aura was one of ‘know your place, I rule here’. They stood up immediately after a kick, only to give it back. Often they were the leaders of their teams. They were sources of inspiring temerity and enviable commitment to their clubs. Those dinosaurs are now on the verge of extinction because of UEFA’s policies of protecting the technical side of the game. 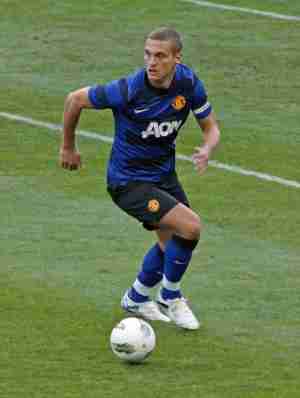 Let’s not kid ourselves: the Premier League is a microcosm of global football. Ever since English football opened its borders to foreign football men, it has undergone fundamental changes to training, diets and style. Long gone is the pub culture in football and the players who wore their socks down. Long gone are the flying tackles and muddy kits. Long live the new king: technical and fluid football.

Ever since UEFA fell in love with technically outstanding players  who moved the cogs for tactical masterminds such as Johan Cruyff and Pep Guardiola, the footballing body has protected them with an umbrella of referees. For UEFA it was a path worth going down to.

The bug has spread throughout Europe and to England. Arsenal are a prime example of such type of football – many know it as Wengerball.  Spurs and Liverpool have also got on board. As beautiful as it is, there is a problem: one wonders whether a spark has been left behind. That spark is the difference between playing for every inch of grass and playing for every pass and goal. Passion has been replaced by tactics; loyalty by financial appetites.

The hard men of the past were brimming with those old-fashioned but eternal qualities. They transformed every match into a cup final. They raised the bar even higher: their identities as men were on the line. The old fashioned would dare say those days had more charge and more rhythm. Yes, technicality suffered to those so called destructors, but passion brimmed.

Football in England is more competitive than ever. Footballers play two-three matches a week. Unfortunately it is drab and grey.  It’s ‘go out, get result, forget, repeat.’ Red cards to important players can be season defining for clubs. That’s why we don’t see them that much anymore. As we don’t see two men locking horns– Kean and Vieira spring to mind. This is no longer tolerated. The sport has become pure business.  And unfortunately, enjoyment of watching it has decreased along with it.

The justifications for the softening of football stick in our minds like a burn on the finger.

Burned were Aaron Ramsey, Eduardo, Kieron Dyer, Djibril Cisse, Alf Inge Haaland, Peter Chech and David Busst. Those horrifying injuries cannot be justified but thankfully are also rare incidents. They were rare side effects of pumped up testosterone, nothing more. What is important, however, is to accept that injuries are part of the game as is also important to differentiate between malicious intent and misjudgment.

From the Collins dictionary:

Dirty should be eliminated from the game, hard- should not. 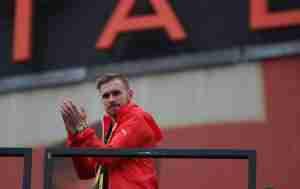 The line between sport and entertainment is thin. And it’s right in between where football is at its greatest. Ill intent should be punished, there is no question about it, but passion should not.

The power is in the hands of UEFA and its committee of referees. If they allow a more physical game, and there are no signs they are going in that direction, the games will be interrupted by fouls less and this would raise the charge of matches. In such environment, hard footballers will return. Alternatively football risks turning into a second NFL, where game stoppages plague the game every five minutes.

With eliminating the hard physical aspect of the game, UEFA has killed two birds with one stone: promoted fluid football and made referees’ job easier. At least that’s how they probably see it. Nowadays it is enough for the referee to see contact to consider a yellow card. He does not have to differentiate between soft and hard contact, a player falling down is almost always enough to award a foul, even if it serves an insurance measure.

The environment has dented player rivalries and unnecessary risks of getting sent off and this unfortunately has taken away a passionate aspect of the game.  We wonder: Has the Premier League suffered for it?

Ryan Giggs has not given up on the hope of seeing his Manchester United win the title this year despite the Red Devils trailing leaders Manchester City by eight points after 11 games...