France: Top 10 Players of all time

France has made a sky-high rise in world football in the last 20 years. They became the first team to hold the two most important trophies in international football—the World Cup and European Cup.

Having great footballers flock in certain periods certainly helps, but who were considered the best of them?

Here are the top 10 best players in France’s history: 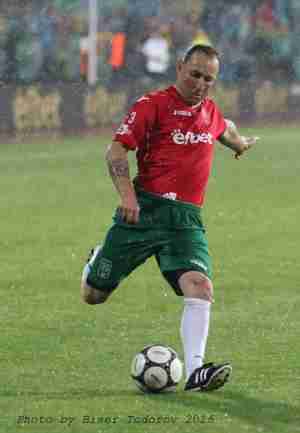 Jean-Peirre Papin was quite unfortunate to inhabit the football times between Michelle Platini’s retirement and the World Cup success in 1998.

Despite France possessing talented players such as David Ginola, Didier Deschamps and Eric Cantona, his generation would earn the moniker ‘the cursed one’ because of their failure in major tournaments.

This is not to say Papin didn’t earn his money. He was a terrific striker for both country and club. His performances in 1991 earned him the European Footballer of the Year accolade.

Even though his career coincided with ‘bad luck’ on the international front, he was still an excellent attacker. He boasts an impressive 228 goals in 494 matches. 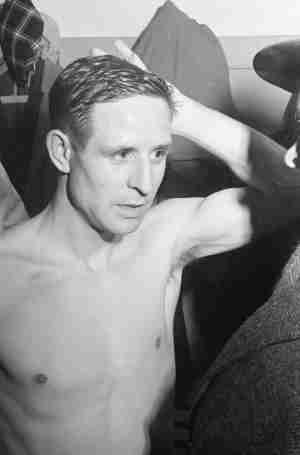 Raymond Kopa was a relatively known French player before the 1958 World Cup.

He had made his name in France winning his first Division One titles with Stade de Reims: 1953 and ’55. Then he helped Stade de Reims reach the Champions League final in 1956 where they lost 4-3 to Real Madrid.

But it was in the World Cup 1958 where his fame would skyrocket.

His outstanding performance in the tournament earned him the Ballon D’or as France sailed to the small final.

Raymond Kopa found the net 18 times in 45 matches for France in 10 years. Pele later called him one of the world’s best 125 footballers. 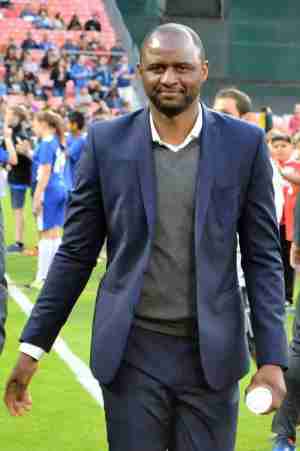 The Senegalese-born midfielder played a marginal role for France’s World Cup and European Cup triumphs in 1998 and 2000, but this is not say he wasn’t an important player.

A year after winning the World Cup he received recognition for his performances when he was voted Europe’s best player.

His supreme physique and accurate passing made sure he spent his most successful club years in the Premier League with Arsenal, where he became an indispensable cog into the 49-undefeated side.

He captained France on more than one occasion and is one of six to play more than 100 games for the national side. 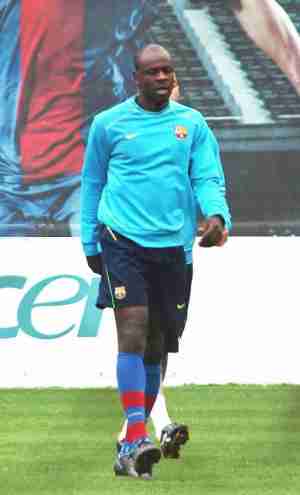 Lilian Thuram was a heavy-punching defender and one of France’s greatest football leaders. Reliable and strong with great positioning sense, he served France for long and became the most capped player in the history of the country with 142 appearances.

Thuram played a central role on the road to the World Cup in 1998 when he scored his only two goals of his career for the national side against Croatia. Interestingly enough he also covered for an offside for the Croatian goal.

He was part of the Parma team that won the UEFA Cup, the Italian Cup and Super Cup in 1998/99.

His success in Italy continued with four more Italian titles with Juventus. He also won the Spanish Cup with Barcelona before he put an end to his illustrious career in 2008 at the age of 36. 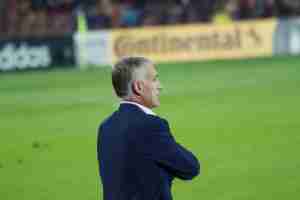 Didier Deschamps was the only man that could keep Vieira and Zidane at bay for the captain armband and was one of France’s finest defensive midfielders in decades.

His international career was divided in half: dark initial years followed by golden years.

He was more than a defensive midfielder: Eric Cantona described him as the “water carrier” or the man responsible for passing the ball to more talented players.

He played a century of matches for France and remains one of their most talismanic players. 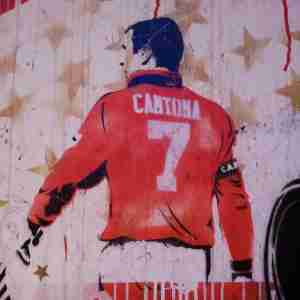 While Cantona was undoubtedly brilliant on the pitch, his career was shadowed by many disciplinary incidents that shifted the focus away.

In 1987, he punched a team-mate in the face. Two years later, he threw his shoes at the face of Jean-Claude Lemoult during his one-year loan at Montpellier. After this and a host of other problems, Cantona switched to a fresh start in the English League.

But Cantona was Cantona. There he would become famous for his emblematic kung-fu kick at a supporter, but also with his brilliant skills. And the later was not an afterthought.

He scored 64 goals over five years at Manchester United, many of them spectacular chips and long range drives.

Cantona was a favourite of UEFA president Michel Platini, for whom he exemplified what football should be about. Looked from a narrower scope that encompassed only his pitch performances, many would agree. 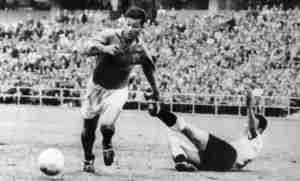 Born in French Marocco, Just Fontaine began his career at USM Casablanca in 1950. He spent his most fruitful years at Nice and later Stade de Reims where he wreaked havoc with 131 goals in 122 matches.

In 1953, only three years after starting his career, Fontaine received the call which introduced him to international football.

He was equally deadly for France where he bagged 30 goals in 21 games—a ratio of 1.43 goals per match. His biggest feat was dismantling defending champions West Germany by scoring four against them in the 1958 World Cup in Sweden.

The record for number of goals in a single World Cup match still stands unscathed today. 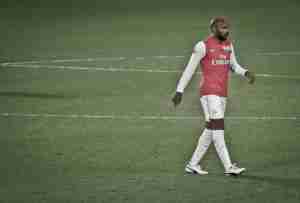 Self-professed Gunner lover, Thierry Henry was on Arsene Wenger’s radar before he was born. Well, not that long but since his time at Monaco.

Upon his move to rejoin Wenger in England after an unsuccessful spell in Italy, Henry transformed from an ordinary winger to a superstar central forward who topped the club’s all-time goal-scoring charts with 228 goals.

He stood out with an array of technical skills, pace and power, all of which allowed him to score pretty much at will in his peak. Many were surprised that he didn’t receive the recognition he surely deserved when he was voted second for Ballon D’or in two successive years.

In the star-packed national side, Thierry Henry was equally deadly scoring 51 goals in 119 games—best in the all time list.

Such was his quality that trophies followed wherever he went. 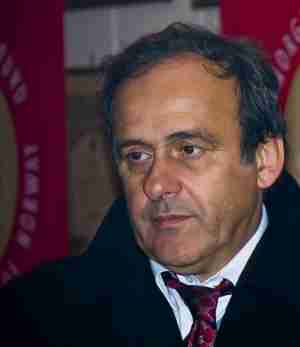 The trophies Platini won during his career did little to describe how inspirational, unconventional, and gifted he was at the heart of the 80s French national team.

His career is better understood by images not numbers. He possessed the blessed touch of the extraordinary.

His most contrasting achievement was in 1984 when Platini’s raw talent had grown to point that it bulldozed through helpless defences.

Scoring a staggering 15 goals in 5 matches, the French captain won the golden boot and European Cup for France in 1984—their first major trophy ever.

His career was not without its disappointments. His biggest one was a penalty miss against Brazil in a contested World Cup final in 1986.

At the end of his career, he remained France’s leading goal scorer with 41 goals until Henry broke his record in 2008.

No one in his time was able to overshadow him. It took the skill of one man 30 years later: 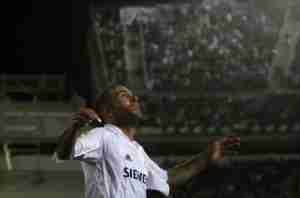 One of football’s finest sons.

His control of the ball was amazing to watch on its own, but when the refined shooting and timing were thrown in the mix, it became an otherworldly experience.

He had style to say the least.

He moved as if in slow motion, leaving the spectators to bath in the pleasure of witnessing the grace—and defenders often were relegated to spectators themselves.

His shooting created quite a few images on its own. His volley against Bayer Leverkusen in 2002 Champions League continues to raise the hairs on the neck.

His career started at Cannes, where he played for four years, but his best playing years he spent at Juventus and later Real Madrid. He won the Italian league twice and received Ballon D’or in 1998.

His first Champions League trophy came with Real Madrid in 2002.

But he was even more influential in his national jersey.

In 1998, he single-handedly destroyed Brazil in the final to earn his country’s first ever World Cup. He helped the team stroll to the European Cup two years later.

But Zidane was so much more than the trophies he won. He was an artist on the field, a truly mesmerizing figure to watch. No other player had filled his shoes since his retirement in 2006. And that is the mark of great footballer.

Arsenal midfield maestro Mesut Özil looks set to leave the club in January, or possibly even on a free transfer next summer. The 28-year-old has just nine months left on h...