What we witnessed at the Camp Nou last night happens once every 100 years. To come back from a four-goal first-leg deficit with three goals in the last three minutes rivals Manchester United’s famous comeback against Bayern Munich, Newcastle’s comeback against Arsenal and Liverpool’s against Milan in the Champions League final.

It showed the real collective power of the beautiful game of football. It is easy to get lost in such intensity and to overlook the talking points that threaten to spoil Eden. Let’s look into them.

Here are the five things we learned from Barcelona's spectacular 6-1 thrashing over PSG:

1. Cheating is major concern in football

First things first: Kudos to Barcelona for pulling off a miraculous comeback after a 4-0 deficit from France.  But the manner in which they achieved it leaves a few taints on this historic result. All throughout the night, Luis Suarez and Neymar impressed on us an image of being a Brazilian Jiu Jitsu black belt with enviable theatrical skills. They sought contact pro-actively only to get the nod for two penalties.

If anything, the night of theatrics proved that cheating still works and is given a free pass in football.

2. Neymar was the best player by far 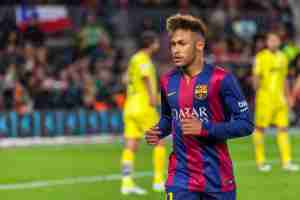 Although Barcelona did not create many chances in last night’s match, Neymar was crucial in half the goals they scored. He scored from a penalty, won another, executed an excellent free-kick to pull his team out of stupor and provided the cross for the historic sixth goal in the space of a few minutes.

It was a memorable performance deserving a fancy Bilbo-Bagins stroke in football’s history book.

3. Sideline officials are a dubious idea

It is one thing for a referee to get it wrong, but for two of them to do it, it is embarrassing. Using two extra officials to sit on the sideline and handle events in the penalty box is an admirable idea aiming to take some of the burden off the main referee’s shoulders, but in yesterday’s match, it backfired.

At Barcelona’s first penalty Neymar simply fell over the body of defender Thomas Meunier who had tripped. The referee remained silent, but upon correction from his sideline assistant, he pointed to the spot.

The decision remains dubious: Neymar was way too pro-active in seeking contact with a player who had lost his balance. The end result was an initial correct decision was overruled by the man standing further away from the event. Can’t help wondering: Do sideline assistants have more power that the main referee in the penalty box?

4. Winning is always beautiful without context

Yesterday we witnessed unseen scenes: people screaming and hugging each other, seized by blind euphoria springing up from a deep place. It was the ultimate triumph of effort and hope. People will remember fondly for a very long time the Eden which took over Catalonia that night.

Gone were the little dirty tricks Barcelona players used to get there; washed away was the humiliation from that 4-0 defeat in France. Redemption reigned supreme.

But for a few of us neutrals, we couldn’t help but ask: What was the cost of it all? If cheating is allowed and forgotten in a flash where is football going? The answers to these crucial questions are still hanging.

5. Referees have the power to decide games

I’m not saying anything revolutionary here. Referees indeed hold the power to decide games. We see it all too often now, and it leaves a bitter taste in one’s mouth. Arsenal the day before, Dortmund on the same day, and Barcelona: the matches that left us with a few questions over refereeing decisions.

The side-effects are sucking the joy out of football. It leaves it looking too scripted, too American Wrestly and too soapy. If anything, the football truism of ‘a good referee is an invisible referee’ seems to be a characteristic of a bygone era. And that is something that needs to be looked at.

If you liked this article, let us know by subscribing to our notification system, just click on this sentence.

Often the essence of football hides not in the number of goals scored but how they were scored. In this feature, we delve into the tactical beauty of the game through our attempt at ...