Paul Pogba has failed to live up to the expectations dragged with the tag of ‘world’s most expensive footballer’ since his move to Manchester United for a world-breaking fee in the summer. The price tag has placed his underperformances under the microscope and the reached consensus is he needs more time.

But the reasons for the poor form and the solutions might lie elsewhere:

Could narrowing his role down extract his full potential?

Pogba is being allowed too much freedom, juggling between a deep-laying and a more offensive position. The French midfielder enjoys the athleticism and technical attributes needed for the positional flexibility required for his current role but one wonders whether he would fit better in a more specialized position. Say, if he set an anchor on the No.10 position.

In this scenario, Pogba will be free to stay forward and be more incisive with his through balls. The strong midfielder can also shield the ball more, helping United teammates move forward and find free space around him. This is a difficult plan to achieve as this shift in formation would need a good short-passer, someone who can build the play behind him—someone in the mold of the now-retired Paul Scholes. The options for Jose Mourinho in this scenario are Michael Carrick, Morgan Schneiderlin and Ander Herrera. Despite his advancing age, Carrick seems to be the best bet for such a role. He is a stable accurate passer that could release Pogba. 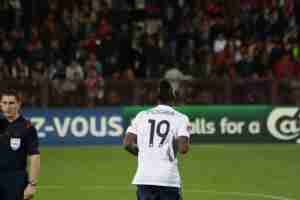 Rooney may be a factor

Rooney has been a major problem for Manchester United for several years now. He’s been employed in a variety of positions ranging from a centre forward to defensive ones.

Rooney is currently living life as a No.10 under Mourinho, while Pogba and Carrick sit behind him. But one wonders whether Rooney is preventing Pogba from unfolding his full potential in this case.

An easy solution would be a ruthless one here. Just get rid of Rooney. His form has taken a downward trajectory in the last years. That looks unlikely to change. It seems his passion has faded, and he’s past his best. Getting rid of him would open a path for Pogba and obtain the funds for a decent replacement midfielder.

Now to Pogba’s individual deficiencies: Believe it or not, he has them.

The reason Pogba would be wasted on a specialised deep-lying position is he does not seem to spend enough energy for that. He seems lazy on the ball as if overestimating his big strides. To increase chances of intercepting more balls, Pogba needs to make more effort in running off the ball. Perhaps he has still not made that transition to the faster pace of the Premier League yet.

Either way, adding ‘sting’ to his running is a possible solution. 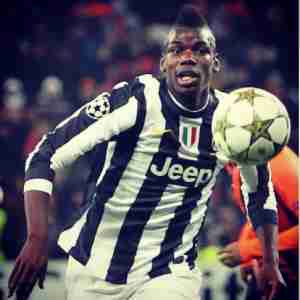 Pogba is more focused on NBA, NFL and Instagram than on displays on the pitch. He seems to have the modern-day-football bug of social networks and vanity. What Pogba needs to do is emulate the lifestyle of people he used to look up to when he was at United as a youngster–people like Ryan Giggs and Paul Scholes. In a word, he needs to take his football more seriously.

It might bore, but it is necessary for a top athlete.

The more Pogba plays with the ball the more confidence he will build. He needs it. For that he needs to run off the ball more and find those open spaces where he can receive it. A player of his technical ability and strength spending more on the ball will only be beneficial for Mourinho’s side because he can make those runs, passes and shield the ball, all the better if he remains in the centre and does not stray wide too much.

Dimitar Tabakov   Monday 19th December 2016 16:04 PM
This comment has been removed by a site administrator for violating the submission guidelines.

Dimitar Tabakov   Monday 19th December 2016 16:07 PM
This comment has been removed by a site administrator for violating the submission guidelines.

About the Belmont Ground The Belmont Ground boasts a seated stand along one side as well as covered terracing behind one goal. Within the last ten years the dressing rooms and clubhouse ...