Antonio Conte has received a huge boost as summer signing Danny Drinkwater makes a return to full training ahead of schedule, the Metro repots.

The England international’s return will be welcomed by Conte in the midst of an injury crisis at Stamford Bridge, with David Luiz, Tiemoue Bakayako, N’Golo Kante, and Victor Moses all on the treatment table.

Drinkwater, who hasn’t made his debut since joining the Blues in the summer, could fill the gaping hole left by the absence of Kante at defensive midfield ahead of a busy period which will see Chelsea play five games in two weeks.

Internal sources at the club claimed during the week that some of the squad members are unhappy with Conte’s intensive training methods, but the Italian is probably well aware that the current injury problems might be an afterthought on unaddressed lack of squad depth in the summer. 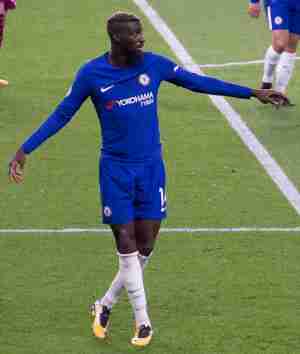 October has hit Chelsea’s title-hopes and morale hard following two defeats against Manchester City and Crystal Palace and a scraped draw against Roma in the Champions League as the next five games will determine whether they will remain in the title race.

Chelsea will host Watford on Saturday and Everton in the League Cup on Wednesday. This will be followed by trips to Bournemouth and Rome, and then a key clash against in-form Manchester Untied at home.

Drinkwater is expected to play a role against Everton at the earliest, while Bakayako and Luiz, who picked up knocks against Roma, are slight doubts for the Watford fixture.

Jose Mourinho has reportedly clashed with the Manchester United board over the potential move of Gareth Bale to Old Trafford, according to Diario Gol.  It is understo...