Liverpool’s Philippe Coutinho has been on the Barcelona radar for quite some time now, but Jurgen Klopp will not let go of his star man without getting good a compensation package in return.

The Catalans were left scratching their heads after all three of their bids, the highest being £114 million, were rejected by the Reds in the summer. There was a rationale behind that too: Klopp could find no replacement for a player of such a quality even with the piles of cash he was about to get for him.

This hasn’t changed. Only a few names fit the label of a worthy replacement for the Brazilian playmaker. According to Calcio Mercato, the Reds deem Monaco’s Thomas Lemar as a worthy substitute for their star. But Monaco’s asking price is by no means measly – £88 million. And let’s be honest, Lemar is better suited to play wide, while Coutinho dictates the tempo from the middle. 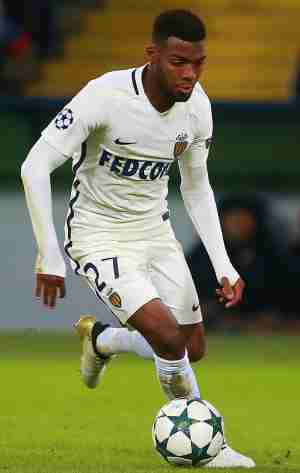 Barcelona are well aware of this conundrum at Anflield, and according to Don Balon, they are willing to exploit it in bid to drop the asking price for Coutinho. Reports suggest that they are now willing to offer Liverpool the option to choose among three players in a player-plus-cash deal for the Brazilian: Arda Turan, Andre Gomez and Gerard Deulofeu. Only the latter hasn’t received the red stamp of rejection from the Liverpool contingent.

Don Balon suggests Klopp has already surrendered to the idea that Coutinho will be going to Camp Nou, but is unfortunately bend on a player that the Catalans do not want to let go: Sergi Roberto. For the German boss, this would be the most straightforward solution to the problem. Roberto could possibly drop the asking price for Coutinho with about £40 million, but this would still leave a good cash trampoline for Liverpool to get Lemar as well.

The current situation looks a bit like a Mexican stand-off and they key to unlocking it, it seems, is in Coutinho’s hands. Should he insist on leaving Anfield this January, all possibility of player exchange will quickly lose its appeal.

More: Liverpool risk loosing Coutinho and Salah at the end of the season

Chelsea latest victory against in-form Everton has convinced Harry Redknapp that Spurs will not be able to pip the Blues for this year’s Premier League title. Conte’s side wo...