Arsenal will be looking to signal their Top Four intent when they host fourth-placed Liverpool at the Emirates tonight.

The Gunners are coming off scrappy victories against Newcastle and West Ham, while Liverpool have had a shaky run of games, including a demolition of Bournemouth and a draw with West Brom.

The key to victory for Wenger’s men, it seems, will lie with the defenders who will have to deal with arguably the most incisive attack in the Premier League.

Most of the starters will return for this fixture, but Olivier Giroud will watch the game at home, recovering from a hamstring pull he received during the victory over West Ham in the Carabao Cup. Aaron Ramsey is also sidelined with a similar injury and is unlikely to be featured, while Santi Cazorla is out indefinitely with a long-standing ankle problem.

Arsene Wenger is likely to field a four-man defence in bid to deal with Liverpool’s potent attack. 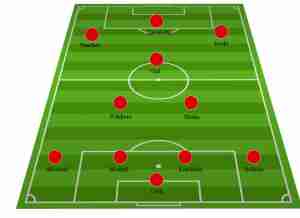 Klopp has something to be happy about - mostly. Adam Lallana is likely to play a role following his long-term absence. To the list of returnees could be added Emre Can who is also available. Daniel Sturridge, however, is definitely out with a hamstring problem, but Klopp will be hoping Mohamed Salah, Philippe Coutinho and Sadio Mane are going to compensate for his absence.

James Milner will have to substitute injured Moreno on the left side of defence. 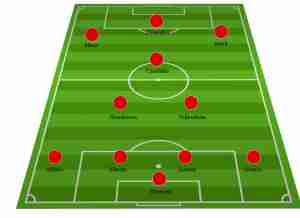 The match will be shown on Sky Sports 1 at 7 pm GMT. The game will be televised by a number of other TV Channels, including SuperSport 2, SFR Sport 1, Optus Sport, SuperSport 3 Africa, Diema Sport 2, DirectTV Sport, BeIN Sports 1, Canal + Sport 1, Flow Sports and Digi Sport 1.

A list of live-stream providers is also available here.

About Eden Park Avenue This is a strange ground, and in some aspects feels more like a cricket ground with an old fashion wood pavillion set back from the pitch with a picnic area in fro...