Arsenal will be looking to overcome Chelsea at the Emirates tonight following a bore draw at Stamford Bridge in the first leg of the Carabao Cup semi-final.

The atmosphere in the Gunners’ team has not been the best in recent months with Alexis Sanchez’ protracted transfer speculations taking its toll on squad morale. With him gone to Manchester United, Wenger will be hoping his team produces a solid performance in bid to keep their chances of a trophy this season alive.

Conte’s men will be no pushovers, however. Despite the Italian facing difficulties getting the men he wants in the transfer market, he’s got more than enough at his disposal to take the game to Arsenal in front of their own crowd.

The one-goal-two-assists hero from the Crystal Palace game, Nacho Monreal, is the one Wenger will have to wait until the final moment before making a decision. Monreal limped off in the 34th minute after a receiving a knock, but stories suggest the full-back will be available for tonight.

Aaron Ramsey is also doubtful, having been out with illness, while Olivier Giroud and Danny Welbeck are definitely out. Henrikh Mkhitaryan is also unavailable for selection as he has been registered for the Cup by his former club. 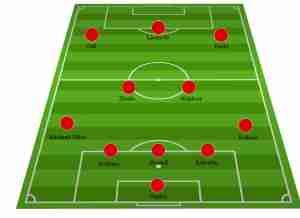 Conte is not going to be happy about the injury status of Alvaro Morata and Cesc Fabregas, out with a back injury and a hamstring problem, respectively. He will however be encouraged by the return of the number first-team names such as Thiabaut Courtois, Gary Cahill and Danny Drinkwater. 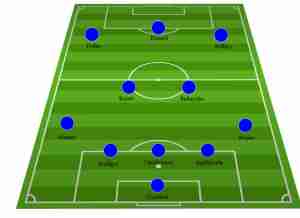 The game will be shown live on Sky Sports football. Coverage starts from 7:30 pm GTM.

For those who do not have access to any of the channels, you can find a full list of streaming options here: Best places to watch football for free

Arsenal wonderkid Eddie Nkeitah has revealed that he is trying to incorporate Thierry Henry’s style into his game following his impressive cameo against Norwich in the Carabao Cup l...