Arsenal vs Chelsea: Is it a Rivalry?

Before we could answer the question, we need to go back to the basics and ask this: what defines rivalry in football?

A few aspects decide whether two sides are rivals. Here are they are:

Competition for the same prize

This is how rivalries can start and sometimes end. As times change so do the strengths of the clubs. There are cases when two arch-rivals fall out after a time because one of them gets relegated or something stifles their competitiveness.

In their entire history, Chelsea never were too good at winning trophies until the late 90s, which makes them authentic Arsenal rivals only since then, and to be more precise, since moneybag Roman Abramovich arrived in 2003. History-wise, Arsenal has won 13 league titles and 11 FA Cups since the club’s creation, while Chelsea’s Premier League success is still fresh. The Blues, however, became the only club to win all three European big trophies. Arsenal are yet to enjoy similar success.

If the data points to something it must be that Arsenal and Chelsea have only become close competitors on the domestic front in the last 15 years. This means, based on this point, the two clubs have a rivalry since then. 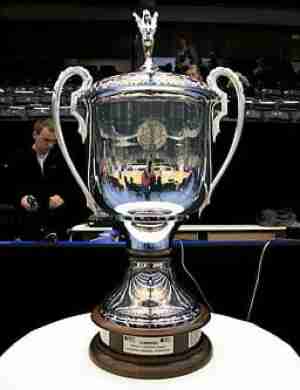 The fans have the final word

Same ambitions and comparable capabilities of two clubs define only a small part of a rivalry. The emotional charge of a football match can take on intensity even when two clubs are not rivals–For example when they meet in an important match, say for a final, when a big financial prize is at stake. It dissipates as soon as the prize is won. And may not reignite until the next time they meet, hence rivalry becomes out of the question.

This is where the fans come in. They are the memory bank of a football club. Their culture is more prevalent, more enduring, and more dynamic than the one inside the boardrooms, or on the pitch. The supporters keep the spirit of the game alive in between the matches. They carry the spirit of historical games and inject it back into the modern game through chants and attitude.

This survey by the Football Fans Census shows Arsenal and Chelsea supporters’ attitudes towards each other. Arsenal fans consider Chelsea to be their third rival, behind Manchester United and Tottenham Hotspur, while Chelsea consider Arsenal to be their most direct rival, followed by Tottenham Hotspur and Manchester United. We also see that the rivalry between Arsenal and Chelsea is unreciprocated. Arsenal supporters think they have more immediate rivals than Chelsea.

The survey splits rivals into ‘traditional’ and ‘current’. Arsenal and Chelsea have not acquired the ‘traditional’ aspect of rivalry—not shortly. For Arsenal, Tottenham Hotspur covers this. But they do have the ‘current’ aspect of it. 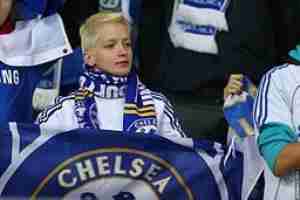 But close distance can build tradition. Think neighbourhoods, locality, community. The socio-political picture determines strength of its affect. If, for example, people live in a more local than global atmosphere such as the one today in most big European cities, distances between two football clubs will play a bigger role in determining the spirit of a rivalry. This is why Arsenal supporters consider Tottenham Hotspur to be more direct rivals. They are closer to their Islington base in East London than are Chelsea, whose base is in West London. The history of local experiences creates this attitude.

But in a continually developing global atmosphere in London, and with a global financial power such as a Russian oligarch in Abramovich, the distances do not seem to matter that much anymore. 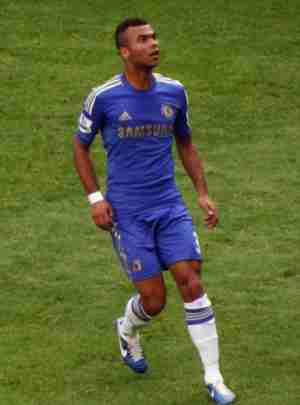 Another thing to consider the occurrences of controversies seems to increase with the intensity of the rivalry and could even sparkle one. It’s a loop.

Arsenal and Chelsea have not had any shortages of them. Ashley Cole springs to mind. When he transferred from Arsenal to Chelsea in 2006, he turned into the most hated figure by the Arsenal faithful in a fortnight. This was in part driven by underlining contempt for the changing attitudes of English football. Abramovich had proved his money could go well beyond the established traditions of English football and buy out the ‘loyalty’ of most. Ashley Cole, who later nicknamed ‘Cashley’ Cole, moved to Chelsea for a better salary. This made a crack in the view that players could stay loyal to an ideal when offered enough money.

The Ashley Cole case made the Arsenal–Chelsea rivalry into a battle between tradition and the new order. It gave it a name. The media played a role in that, the fans picked it up and fed it back into the game.

Just as the Arsene Wenger and Jose Mourinho altercation on the touchline in 2014 did in a very similar way. 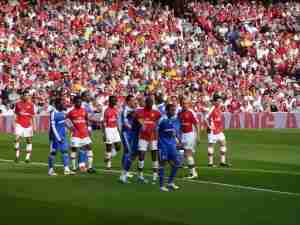 In conclusion, if we compare the Arsenal–Chelsea rivalry to a human, he or she would be three years old still sucking his or her thumb. It’s still new and fresh and has not acquired the old sting of a traditional rivalry such as the one between the Gunners and Spurs.

But it has the potential. Those who will benefit from it are us—the spectators. Brace yourself for more entertaining matches.

Do you think Arsenal and Chelsea are real rivals? Have your say in the comments section.

THE ROAD TO HELL – Thurrock FC

Every day nearly 250,000 cars pass by junction 30 of the M25 in deepest, darkest Essex.  On many days, such as a Bank Holiday Monday like today the “Road to Hell” becomes the world’s bigg...