Arsenal will host bitter-rivals Tottenham Hotspur at the Emirates on Saturday in bid to respond to their defeat to Manchester City prior to the international break.

The Gunners have not beaten the Spurs since September 2015, but they will scoop encouragement by their current home record, having not dropped points at the Emirates this season. Spurs, however, boast a terrific away record with four wins and a single defeat in five games.

This could be a season-decider, and Wenger knows it. Should the Gunners beat Spurs, they will be one step closer to breaking into the top four at the expense of their North London rivals.

The only noticeable long-term absence at Arsenal is Santi Cazorla who looks unlikely to return any time soon. Wenger will have slight worries over Olivier Giroud’s condition who missed France’s friendly match against Germany on Tuesday due to a thigh problem he sustained against Wales earlier on.

David Ospina and Shkodran Mustafi are also doubts for this fixture while youngster Rob Holding is almost certainly out of it with a thigh strain. Danny Welbeck will return but is likely to start from the bench.

Wenger opted for four men in defence against the Citizens, but Saturday’s game could see him return to 3-4-3. 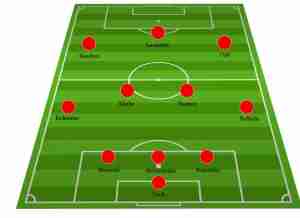 Much has changed since Spurs beat Real Madrid at White Hart Lane at the beginning of the month. No less than eight players have been sidelined since them, and understandably the form of Pochettino’s men has taken a dip.

The Argentinean boss will be encouraged that the fight for Harry Winks, Harry Kane and Dele Alli to return against Arsenal is still ongoing. Toby Alderweireld is almost certainly out while Erik Lamela, Victor Wanyama will be sorely missed. Hugo Lloris will leave Pochettino with a late decision.

Substitute goalkeeper Michel Vorm is also not available due to a knee injury. 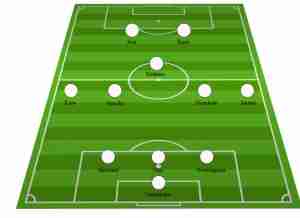 The game will be televised on Sky Sports Premier League, with the coverage starting at 11:30 am.

For those who don’t have access to these channels, you can find a full list of live streaming websites here.

“Northern Steve loves gravy”…He held the T-Shirt aloft that I bought him for his birthday and chuckled a Northern laugh.  My Brother-in-Law is not predictable – he is married after all to...